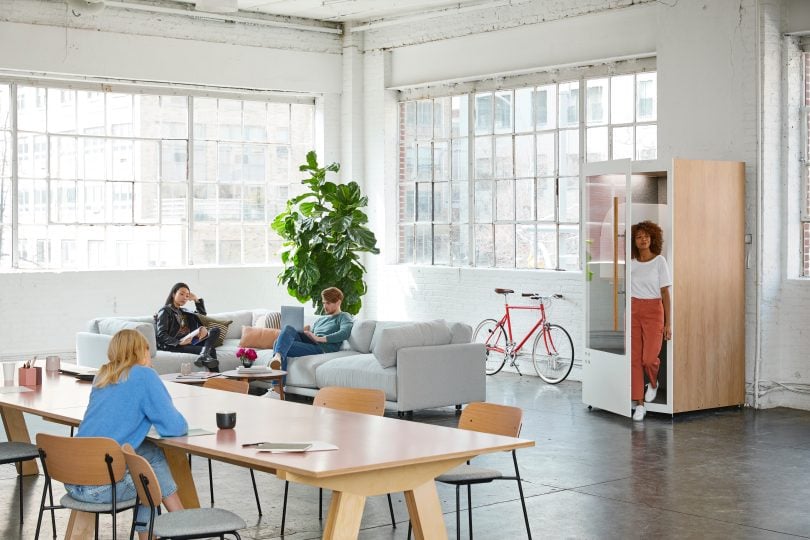 Wondering where to find the best cities for embracing the coworking lifestyle? Read on!

This one probably comes as no surprise – San Francisco is somewhat known to be the place for tech startups, and with the abundance of small businesses and entrepreneurs, there is a demand for office space to suit. Sure, Apple started in a garage… but we think if they had the option to sit in a cushy office with a ping pong table and bean bag chairs back then, they would have opted for that.

There are more than 75 coworking spaces and incubators around the Bay Area, so if you’re looking to start your next venture (or be hired into a cool new company), SF is a great place to start looking.

San Francisco seems to have the tech sector covered, but sunny San Diego shouldn’t be overlooked. With UC, San Diego in the neighborhood, many of the startups in San Diego are in Life Sciences/Biotech, Aerospace, and Brewing (yep, they love their craft beers down here). San Diego is home to 24 incubator and accelerator programs to support startups in getting a boost to bring their product or service to market, and there are 157 (!) breweries in San Diego County which are great opportunities for networking amongst the inspired masses.

It was recently reported that Austin is growing four times faster than Silicon Valley. That means it’s catching the eye of talented people and inspired ideas from all over the country. Austin has been attractive for a while for its reasonable cost of living, pleasant weather, educated population, and fun lifestyle (did you know they refer to themselves as the “Live Music Capital of the World”?). Some of the biggest names in tech have invested in major campuses here. Startups are finding a great environment to cultivate their ideas in food and beverage innovation, computer hardware, enterprise software and services, and consumer technology. As you can see, there’s a wide range of categories to find your niche within. All of that makes this city a bubble where tech and creative energy form a nice mix.

During the recession, Vegas took a hard hit and house prices dove sharply along with tourism numbers. Recently, though, Las Vegas is economically back with housing prices the highest they’ve been in 11 years. This is largely due to talented people being priced out of the Bay Area and Hawai’i and seeking a new place to settle and build the next-big-thing. There are big names in blockchain and A.I. in residence here. There’s even a women-only coworking space for those who want to brainstorm and network with some inspiring, driven women.

Perhaps best known for its cloudy weather and 90’s grunge heydey, Seattle is on the map these days for a tech (and population) boom. In the 1970s Seattle native Boeing went through a huge round of layoffs, and many had assumed it was the last they would hear about this city. By the ’90s the cost of living was still relatively inexpensive, and Amazon placed its headquarters downtown. In recent years, Amazon has begun to dominate the city. With it has come many new imports- it’s estimated 1,100 people join the populus every week. Unemployment is at a historic low.

Of course, famous businesses like Amazon and Microsoft founded in Seattle are playing a part. But this tech presence has also drawn talented entrepreneurs to try their hand at creating the next big thing. You’ll find a lot of coworking and start-up spaces for Venture Capital as well, and if you don’t want to work for a VC directly, you can still benefit from being amongst them when you’re going for funding your own thing.

Millennials are flocking to Denver and bringing with them this generation’s fresh perspective on life and business. Their parents likely stayed in the same job for decades, seeking tenure and saving travel for retirement age. Millennials are bucking this trend, opting instead for a more even work-life balance. The tech sector is big here, with the fastest-growing sectors in relatively new technology like A.I., machine learning, and blockchain and cryptocurrencies. That said, legal cannabis is big business in Colorado. As a result, Denver has seen a big uptick in people looking to revolutionize the industry.

So, there you have it. Some of the best cities for some of the best coworking spaces. Want to start your own company, or become an integral part of helping someone else achieve their dreams? Unpakt can help you find moving companies in any of these cities so you can start living your best lifestyle.