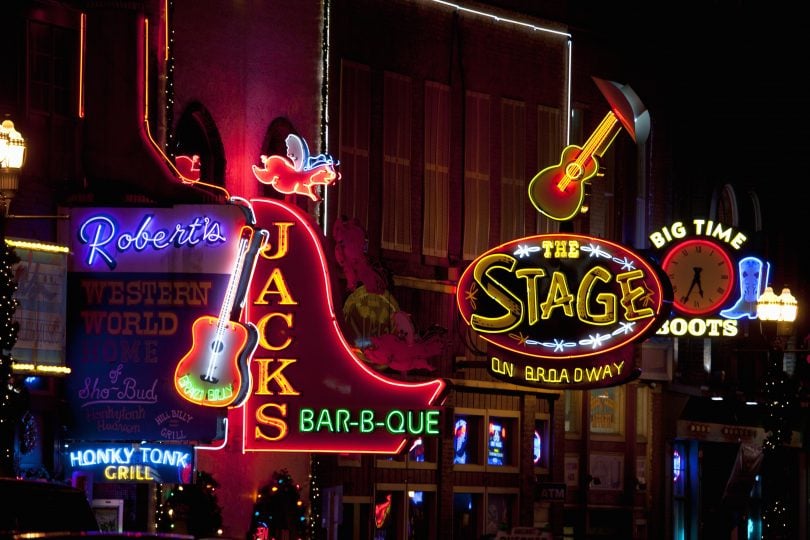 Known to most as the nation’s capital of country music and home to the Tennessee Whiskey Trail, you’ll be pleased to hear that Nashville has a lot more than drinking and guitars to offer its booming population. With around 95 people moving into the city every day as estimated by the U.S. Census, it is an exciting time to move to Nashville! Here is what you can expect for the cost of living.

As Nashville continues to grow in popularity, housing costs are, of course, on the rise too. Most homes for sale are towards the outer edges of the city, as Downtown is full of rental apartments. Even still, the average home price is about $10k less than the average at $174,600, with a typical mortgage payment of $1,078. Rent runs around $902 a month, though if you’re looking to live Downtown or on Music Row, expect to pay much more.

The job market in Nashville is booming. Jobs in tech and health care dominate the scene with a strong influx of entrepreneurial energy and start-up culture, so there is a wide range in opportunities. The average salary is a comfortable $51,000 per year, though the median household income is just below that when taken across all Nashville residents. With a predicted growth rate of 1.7%, you can expect that number to keep rising.

In most categories, Nashville scores as a significantly less expensive place to live than the national average – except food. Although you can certainly choose your restaurants to be budget-friendly, you can expect to pay a little more than you might be used to. An inexpensive meal will still cost around $15, with a multi-course meal at a nice restaurant at $60 and up. But don’t forget… the Hot Chicken, for which Nashville is known for, is worth it.

If you’d prefer to cook at home, groceries are on average a little more costly than the national average, but not by much.

With Nashville’s cool winters and hot, humid summers, you’ll need to pay for modest heat and air conditioning. Expect to pay around $150 per month for heating, cooling, garbage, water, and so on for a small apartment. Monthly standard internet prices sit around $70.

Although Nashville’s public transit authority has plans for a light rail system in the works, the city is still primarily reliant on personal vehicles. Gasoline prices sit about 5% lower than national average luckily, though it may cost you a bit more to perform regular maintenance like tire balancing. If you’d prefer to let someone else do the driving, you can get a one-way ticket on the city bus for $1.70, or a monthly pass for $55.

Perhaps it’s because of the vibrant healthcare sector that employs such a large percentage of the city, but healthcare costs in Nashville, TN, are significantly lower than the national average- by up to 24%. Expect to pay just $83 to visit the doctor and $71 for a routine trip to the dentist. Even prescription costs are a little bit lower! Let’s hope that means you’ll be in tip-top health living in your new city.

Once you’ve settled in, checked out some live music, stroll through Centennial Park, and check out the unique things to do in Nashville. W pretty sure you’ll be glad you decided to move to Nashville. So let us help you get there!