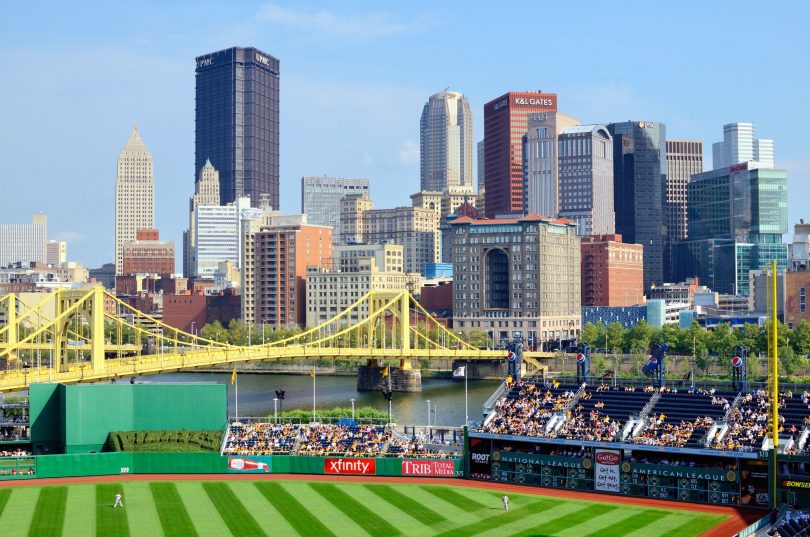 Now that you’ve made the decision to move to Pittsburgh (or maybe you’re still not convinced?), it’s time to start crunching some numbers. Is Pittsburgh an affordable city? How much will it cost you to live in The Steel City, home of the Pittsburgh Pirates and some of the most interesting bridges around? We’ve compiled the data to give you a quick snapshot of what you can expect if you are moving to Pittsburgh.

The cost of housing

The cost of housing in the Steel City is, overall, quite a bit lower than the national average. The median apartment rent is a stunning $700 — and if you’ve ever lived in a big city, you know that’s quite a deal. Buying a house in Pittsburgh is quite affordable as well, as long as you don’t want a new one with the average home cost coming in at under $100,000. That’s 47% lower than the national average, for reference! In general, Pittsburgh and its surrounding suburbs continually rank among the top 50 most affordable cities in the nation for housing. There are certainly neighborhoods with homes upwards of $1 million, but overall, the housing market in Pittsburgh is very accessible. First-time homebuyers? Have a look.

The inside scoop on income

Pittsburgh sneaks in a little below national average for median household income, with Steel City’s residents earning around $40,000 per year per household. The unemployment rate is on par with the national average, and the per capita income just slightly lower than the national average. What does this all mean? Overall, you can rest assured that your Pittsburgh salary will take care of your basic needs and, based on the low cost of housing, more than afford you a nice place to live if you’re relocating here.

Overall, the cost of eating in Pittsburgh is again on par with the national average, if not slightly below — unlike the rest of Pennsylvania, where you’ll find costs are slightly above national average. Most grocery items will fall within a reasonable range of the average, so unless you’re moving from a remarkably cheap or more expensive area, you’re unlikely to find many surprises here. Eating out in the business district, you can find a decent lunch for around $11 or dinner for two at a local pub for around $40. A nice dinner out, including a little wine for good measure, will cost you around $66, or if you’re in the mood for just a beer? $5, please. Not bad, we think, for city living – and if you’re looking for a great bar, have a look at this blog post for suggestions.

The cost of utilities in Pittsburgh is about 17% higher than the national average, with the average monthly bill coming in at about $200. That number is smaller, of course, if you’re living in a studio — about $115 sources say. Having the internet will cost you around $50, a fairly average rate across the country, and if you’re one of the few with a landline, expect to pay around $26.

Finding good healthcare in Pittsburgh won’t lead to exorbitant bills: the costs here are below both state and national averages. What’s more, Pittsburghtoday.org reports that the city is a leader in providing low-cost health insurance, making health care significantly more affordable than sister city Philadelphia. While the national average for a visit to the doctor is $105, Pittsburgh’s professionals cost just under $90. That’s not an enormous difference, but over time? It adds up.

If you decide to keep your car when relocating to Pittsburgh, you’ll find that you pay a bit more for gas than the national average. That’s fairly normal for living in a big city, of course — but you also may find you’re paying a bit more than average for general car maintenance, too. So consider opting for the Port Authority’s public transit system. A one-zone monthly pass is currently $97 and a two-zone pass is $146, though which one you’ll need depends on where you live and how far you need to travel for work or school. Discounts are given for students and seniors, as well as for kids under 11.

Hopefully, this breakdown is helpful for you as you plan your budget for moving to Pittsburgh — for help with budgeting for a full-service moving company, have a look at this blog post. Good luck as you land on the East Coast!

Don’t forget to check out this page when moving in Pittsburgh.