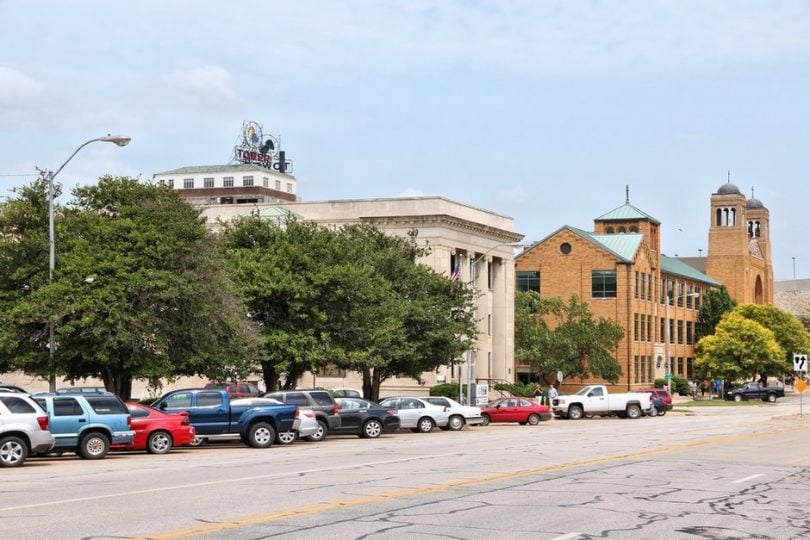 If you’re considering moving to Topeka, Kansas, you’ll be happy to know that the cost of living there is significantly lower than the national average. This is true almost entirely across the board: for housing, food, and transportation. It’s also cheaper to live in Topeka than in most areas of Kansas, which can be a deciding factor if you’re looking to move to the Sunflower State but aren’t sure which city to settle down in.

While the national average cost of housing has an index of 100, housing in Topeka, KS is rated at 57. That’s a huge difference! And what it means practically is that:

How cheap are we talking? The median home cost if $106,900 and the average rent per month is $728. That being said, it’s not like you’ll be earning an NYC salary and paying Topeka housing costs, so you’ll still need to make sure that you apply for a mortgage/rent that’s within your means.

The median household income in Topeka, KS is about $42,000, compared to the national median household salary of approximately $56,000. The difference is significant; however, the housing market is low enough that even with lower income than the national average, living there is very affordable.

The cost of food in Topeka, KS is 7% lower than the national average, another bonus of living there. Which means that you can enjoy relatively inexpensive groceries and purchase food items you may not have splurged on elsewhere.

The Topeka Chamber recognizes that the city’s low cost of living is one of the biggest contributing factors to the high quality of life in Topeka, KS. Other factors include excellent neighborhood schools, housing in all price ranges, a regional medical center, educational and recreational attractions, easy access to parks, and loads of cultural activities. All in all, there are some great reasons to consider moving to Topeka, KS!