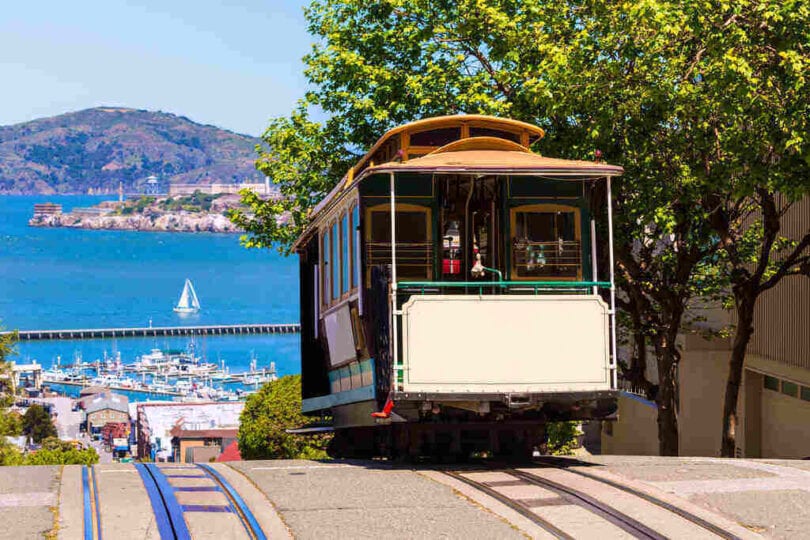 If you’re planning the next chapter of your life in San Francisco, a good place to start is the lively and often funny slang used by its people. Let’s take a look at some of the San Francisco lingo. This way you won’t get that deer in the headlights look on your face when someone says: “I’m dying to be giggin’, tryna go out tonight? I’ll swoop you!”

Hella is probably the most distinctive, even obvious, word on this list. It can be used instead of “very” or “a lot of”.

Cutty generally means shady or sketchy when referring to a situation or person, but with a positive flair. In its noun form, the Cuts, it refers to the rougher parts of town.

Derived from maniac, maney is a word commonly used by Bay Area folk as a casual replacement for crazy or weird.

If somebody’s “giggin'” it means that they are having an exceptionally good time, or are blissfully dancing with every fiber of their being. It is not a very common word, but you can help change that! Just make yourself as happy as possible and dance fervently, whenever you can.

To pick somebody up, or to be picked up. This one is so cute it should be adopted by everybody and put in the dictionary.

Coo is not just a shortened “cool” for the lazy among us who can’t be bothered with the L. It is used to describe an attractive woman, or teamed with the word “off” to describe when a person is over something or somebody.

A shorter version of “Good Looking Out”, which is used to express appreciation and gratitude to a person who did you a favor or gave you some needed information.

Tryna is an incarnation of “trying to”, but in fact, it means “would you like to”, a sort of casual “shall we”. As opposed to a more formal suggestion, “tryna” can be answered with a simple “yeah” or “nah”- no excuses necessary.

Did you just say Frisco? Oh no, you didn’t! San Fran? Please, make it stop! Baghdad on the Bay? You’ve got to be joking. If you really want to sound like the locals there is only one nickname you can safely use without mockery or snobbery ensuing: The City. It does ring a little funny, with other cities being in existence and all, but who cares? You’re one of them now! Welcome to The City!

Looking for more ideas on how to settle into your new community? Check out these tips.