You’re a Big City kind of person. You love the buzz of activity, the abundance of culture, the rich variety of living with so many people, and the 24-hour burrito joints. If you’re considering an upgrade by moving to one of the largest cities in the US, we’ve done the research for you. Here they are, listed by population – with a little insight into why you might choose each one.

What can we say about the City that Never Sleeps? New York City has truly become the ultimate metropolitan area. With 5 boroughs sitting where the Hudson River meets the Atlantic Ocean, you can find just about everything you could dream of: green space in Central Park, the best bagels in the nation, top-notch entertainment of all forms at world-class venues like Carnegie Hall or Radio City Music Hall, and even areas of the boroughs that maintain a small neighborhood feel. Public transit in NYC is fantastic, meaning you might even be able to ditch your car! Living in New York City might just be your next great adventure.

Looking for a city with kinder weather than New York? The weather may be one of the top reasons to move to Los Angeles, with its balmy weather year-round and beaches lined with palm trees. Home to the iconic Hollywood sign, LA is the national hub for the film and television industry — meaning you might just catch a glimpse of a celebrity out walking their dog. The city is appropriately known as the “creative capital of the world” because one in six residents is employed in some sort of creative industry. A quick jaunt to Venice Beach will get you to more bohemian beach culture and some great surf, while a trip towards the Hollywood sign will take you past designer shopping and the Walk of Fame.

Frank Sinatra crooned that “Chicago is my kinda town” for good reason. The international business hub of the country, this city is the seat of many finances, commerce, industry, technology, telecommunications, and transportation businesses as well as the second busiest airport in the country. Not to mention that all of these businesses are lofted up in some of the most architecturally fantastic skyscrapers in the country. Sports also play a big role in the life of a Windy City resident, with teams for every major sport calling Chicago home.

If you want to live in one of the biggest cities in America and get a taste of true Southern culture, Houston is where it’s at. The economy here is booming, as this city is a stronghold for the oil industry as well as being home to NASA’s Johnson Space Center where Mission Control is housed. Add the largest and longest-running livestock rodeo in the country and one of the most diverse populations in the country, (the nation’s third-largest concentration of consular offices, representing 86 countries), and Houston will keep life interesting.

Philly played an instrumental part in the founding of this country as the Founding Fathers gathered here to sign the Declaration of Independence. History buffs can get a glimpse of the Liberty Bell, tour a number of other historical sites from the city’s rich past, and make use of all that is offered by the city’s top-notch Universities. Philadelphia has more outdoor sculptures and art exhibits than any other city in the country, and the Museum of Art attracts tourists from around the globe. 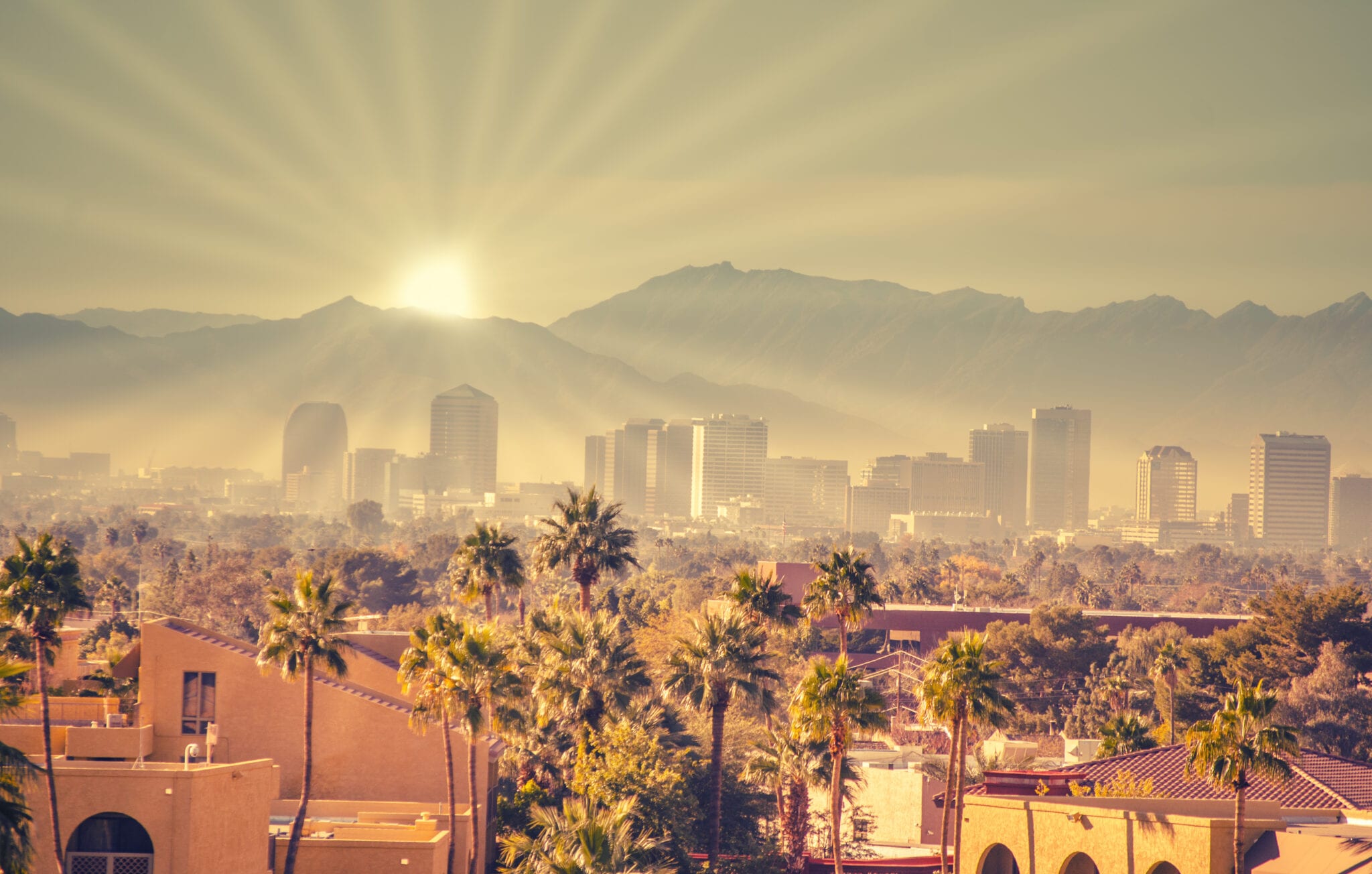 Coming in sixth for the population in the largest cities in the US, Phoenix is a desert city and truly the meeting of Animal Planet and city living. Some cities have raccoons, Phoenix has coyotes. The local plant life is nothing to be messed with either – right on the edge of the Sonoran Desert, you’ll find that it’ll poke you right back. Although there are definitely days when staying in the AC or going to the waterpark are the best ways to get outside, most Phoenix residents get lots of playtime in the year-round sun – including using bicycles as their primary mode of transit.

You can’t think of San Antonio without thinking of the Alamo! This city has a rich and somewhat conflict-ridden history and is now an incredibly diverse population that includes a significant percentage of Latino residents. That means some of the best Mexican food in the nation — and? Some of the best locally roasted coffee, or so residents say. Do your shopping outdoors at the festive, Mexican-style market El Marcado and then rent a bicycle to tour the sunny streets. Not a bad life down south.

Running from winter? Come to San Diego, where the weather is generally right around 70 degrees… all the time. San Diego’s coastal location keeps it quite moderate all year round. Even so, the rent here is a bit more reasonable than in San Francisco or LA and you can still have some of the best beaches on the California coast right at your fingertips. La Jolla Cove is downright dreamy. And San Diego residents keep things pretty casual with three major universities and a number of community colleges, so you don’t need to worry about your fashion sense quite as much as in, say, Los Angeles.

Dallas may just be the friendliest and most polite city you’ve ever been to. People really do greet each other with an obligatory “howdy”, use terms like “y’all” and will definitely call you Sir or Ma’am. Take it to the next level at the Dallas State Fair, home of “Big Tex” – the tallest cowboy in the world and the fair’s mascot. Dallas is also home to 18 Fortune 500 companies and 18 of the top wealth holders on Forbes Magazine’s list of richest billionaires – not a coincidence, we think!

California weather, the yearly Taco Festival of Innovation, and one of the most alluring Flea Markets you’ve ever seen will draw you into life in San Jose. There is an interesting gender dynamic in this beautiful city, with approximately six men to every woman — so if you’re single and looking for a man, you might just have extra incentive to move here. The food is amazing and incredibly varied, and you can top it off by playing the best (and biggest) game of Monopoly ever: in Guadalupe park, the board is 30 square feet.

Don’t forget to hire a reliable company for your state to state moving services. Get a quote from Unpakt and take the guesswork out of your relocation!