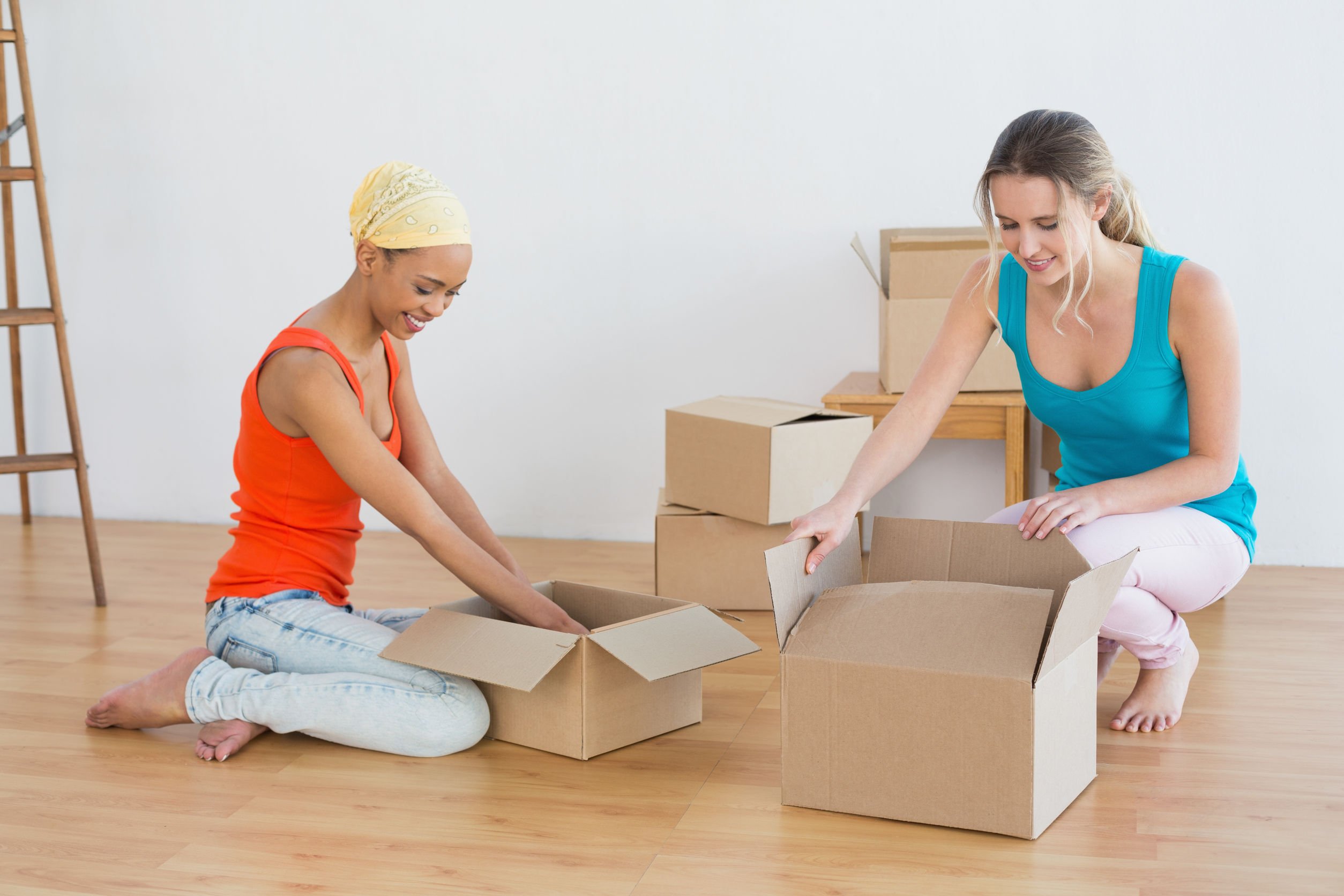 The unpacking process after a move may seem daunting, especially after a full day of moving. Ultimately, the process of emptying those boxes and moving furniture around means you’re turning your new apartment or house into a home! Unpacking could potentially be an extremely streamlined, straightforward process if you were organized when packing your things in the first place. However, this isn’t always the case and the reason why we wrote this handy guide for unpacking post-move.

While this is more of a pre-step in the unpacking process, it will not only make the process easier but also declutter the boxes and furniture that is most likely sitting in your living room or by the front door. Take your (hopefully labeled) boxes and place them in the correct rooms. If they aren’t labeled begin opening boxes to figure out the contents.

If you made an inventory list now is a great time to take that out and make sure everything is accounted for. This will also make it much easier to see what items are going where in your new home.

While packing, hopefully, you set aside essential items including any medication, important documents and potentially some cleaning products to clean surfaces and cabinets before putting your things away, especially in the kitchen. Take a look at our guide to packing like a pro for more helpful tips.

Start with the Bathroom

Chances are, after an exhausting move, the only thing on your mind (if not a nap) will be to take a hot shower. It’s a great way to decompress after a long day. Not to mention, depending on how much actual heavy lifting you had to do during the move a shower will be much needed. For the most part, the bathroom should be up and running assuming the water is turned on.

Take the time to put up a shower curtain and unpack soap and shampoo for that well-deserved post-move shower. Things like scented candles or small knick-knacks in the bathroom can really make your new place feel like home with relatively little effort.

Move onto the Bedroom(s)

If a shower wasn’t the first thing on your mind after moving a good night’s sleep certainly will be. You may need to assemble your bed frame, although this is a service that most professional moving companies will offer especially if it had been previously disassembled by the moving company during the move.

If you took the time to set up a floor plan of the bedroom before your move setting up larger bedroom furniture items will be much easier. If not, try to envision what the room will look like and break out the tape measure to make sure things your things will fit where you want them to go.

Once dressers, nightstands and your bed frame are set up take out a set of clean sheets and make your bed. Once the big pieces are in place, hang up any shelving units and closet organization to finish unpacking bedroom boxes. We even recommend potentially holding off on anything that will be permanently mounted onto the wall in case you’re still planning on experimenting with different layouts.

Next up: The Kitchen

While it’s totally understandable if you went to sleep directly after taking a shower and setting up your bed, now is the time to begin unpacking kitchen boxes. Clean and wipe down the insides of cabinets and begin with the essential kitchen items like pots, pans and dishes/silverware.

You may not know exactly where all of your smaller appliances are going yet, but you have plenty of time to organize everything to your liking. So long as you’re able to cook yourself a quick meal after a long day of moving it’s best to take the kitchen one step at a time. One thing we do recommend doing immediately when moving in is setting the clocks on your stove, microwave, and any appliances. It will immediately make your new place feel more like home.

More often than not most of our electronics are in the living room. Unpacking boxes of wires having no idea what they go along with can be infuriating. Always try and label (or pack in the same box) wires and the devices they go with. If the moving company didn’t do it already set up your couch and entertainment system. If you’re mounting a television on your wall make that appointment and keep the TV in a box to avoid it getting dusty or damaged.

Ultimately, moving in is as much of a process as packing or the act of moving your things to the new place. While you may want to get everything situated immediately, it generally isn’t a one-day process. Once the essentials and large furniture items are unpacked don’t be afraid to take a break. Rather than rushing to get everything set up, take it one step at a time and your new place will feel like home before you know it!