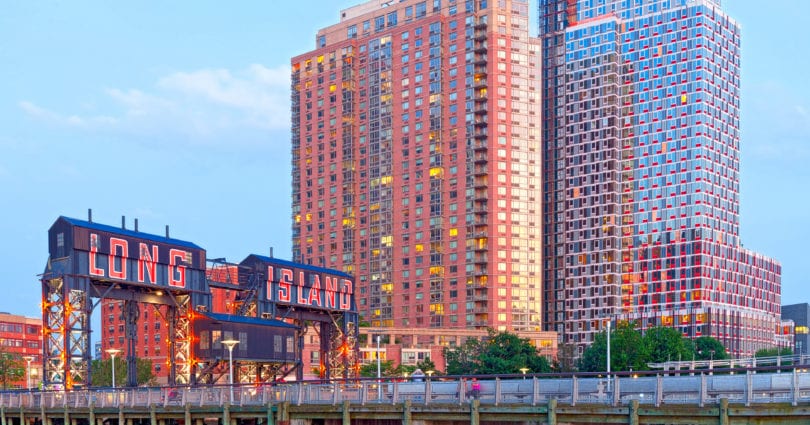 You may have read our article on the Birth of Long Island City. Granted, we posted that piece 8 years ago. So as a life-time Astoria/Long Island City resident myself I felt this article was long due for an update. In the past 8 years, Long Island City has not only grown but flourished as one of the top neighborhoods to live within New York’s five boroughs. Take a look at the NY Magazine article on this exact topic! The combination of an easy commute to midtown Manhattan along with a plethora of restaurants, parks, and cultural diversity has made it one of NYC’s most desirable neighborhoods to visit and live.

For more on the history of LIC going from a fairly industrial neighborhood to high-rise luxury buildings, refer to the “Birth of Long Island City”. For more current information on what Long Island City is today from rent prices refer to the NY Mag article! At Unpakt, we’ll show you some of the best destinations in LIC for food, culture and enjoying the upcoming warm weather!

How do I get to LIC?

The N, W, R, 7 or G trains depending on where you’re coming from. Regardless, it’s not a long commute from the city of Brooklyn. With its close proximity to the city, it’s no wonder why LIC is attracting not only new residents but high-rise developers and real estate professionals to take advantage of this boom.

Warm Weather on the Horizon – Things to do outside:

With the most represented countries in the smallest number of square miles, Queens is known as the cultural melting pot of the city. Just walking down the street and hearing different languages is refreshing. What’s more, you’re so close to midtown Manhattan with the MET and Natural History Museum in easy distance. In terms of museums locally, depending on what you enjoy Astoria/LIC has you covered!

A good portion of the population in LIC/Astoria has moved from out of state. That is why we thought we should include this blog post here to make finding your new apartment that much easier! Thanks for reading!