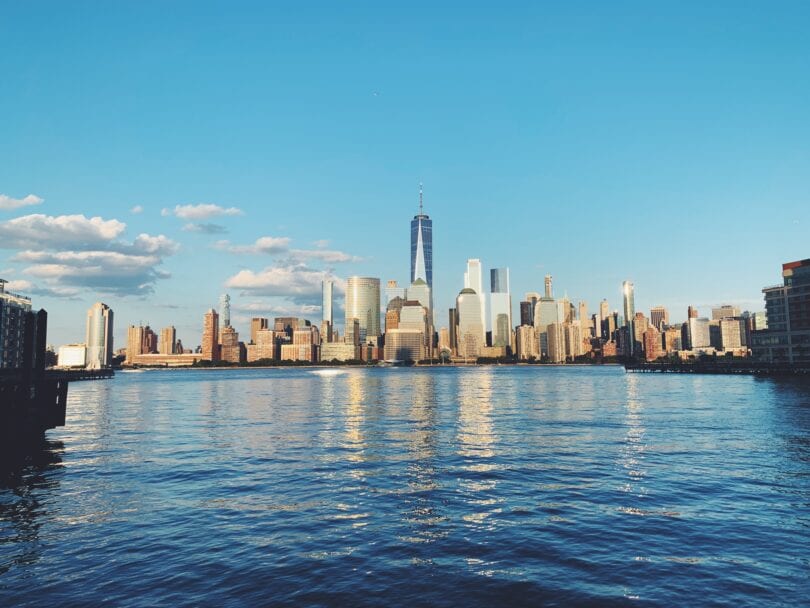 To many, Jersey City is the skyline of office buildings on the “other side” of the Hudson. It’s closer to Manhattan than most of New York City’s boroughs, but in truth, it maintains a personality all its own. Don’t be fooled into thinking this is just New York’s unassuming sixth borough. The bustling center of New Jersey’s liveliest region, Jersey City has undergone a revitalization that has turned it into a true gem.

If you’re thinking about moving to Jersey City, there are a few things to consider. Have a look at this breakdown of the cost of living in Jersey City.

Housing in the New York metro region tends to be on the pricey side, and Jersey City is no exception. The median home value in Jersey City is $500,395 and has been on the rise for the last few years — that’s 79.4% higher than the national average. In fact, buying a home in Jersey City is actually more expensive than buying in New York, while the rental costs have stayed lower. The monthly median rent is $2,200, lower than the NYC-Newark metro area median of $2.950.

In such a vibrant city, it should come as no surprise that the average income is higher than the national average. The income per capita is a healthy $34,887, well above the national average of $29,829. The median household income is $60,703, putting Jersey City above national household income levels but below the rest of the state. A really easy commute to Manhattan gives you easy access to uptown jobs if you move to Jersey City, but this vibrant hub is also home to major companies like Jackson Hewitt, AMEX Global Business Travel, and Arch Insurance Group.

Maybe it’s supply and demand, or maybe everything is just a bit more expensive here — but you can expect to pay above-average prices for your groceries in Jersey City. Eating out will cost you extra, too: expect to pay around $65 for a mid-range meal for two. A cold pint of craft beer will cost you $7 and don’t expect to get a decent pizza for less than $12. But that’s all part and parcel of moving to New Jersey in the first place.

Although the winters in Jersey City may not be as harsh as other parts of the country, the utilities are a little higher. Residents pay an average of $197.50 per month for all-electric. Of course, that cost varies widely by the size of your home and what type of heat you use. Internet costs an average of $67 per month, and the phone bill is a pricey $186 — that’s compared to the national average of $163 per month.

Many of Jersey City’s residents go without a car. The PATH makes transportation into New York quick and easy (and connects to Hoboken and Newark, too). NJ Transit runs the Hudson-Bergen Light Rail as well as extensive bus lines and the New York Waterway Ferry. A one-way ticket on the PATH costs $2.75, a monthly pass is $106. For local NJ Transit, fares and passes depending on what zones you are traveling in and what type of service you use. You can catch the ferry at the Harborside Landing Terminal for a cruise into Midtown, or vice versa — if you’re headed home and want to skip the train, go by water.

New Jersey residents on the whole contribute well above the national average of $1,415 for individual healthcare. A trip to the dentist will run around $124, while a regular visit to the doctor is an average of $106. Over-the-counter drugs like ibuprofen may also cost more, though prescription drugs seem to be about on par with national averages.

Ready to move to Jersey City? Let us help you find a great team of Jersey City movers to get you there smoothly.