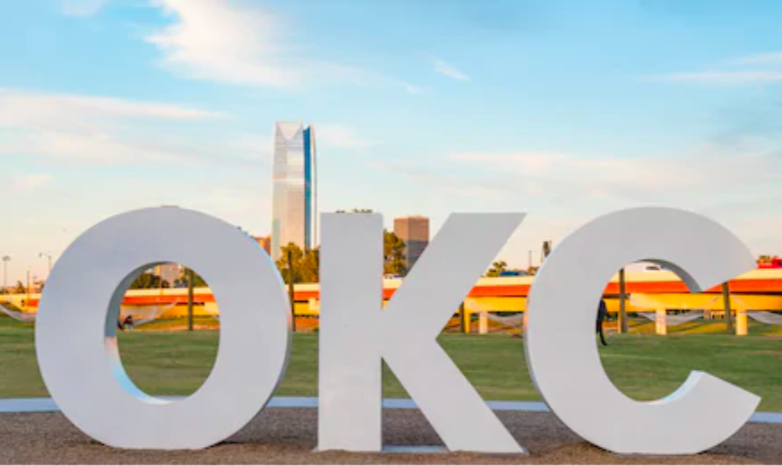 Plaza District is one of Oklahoma City’s trendy neighborhoods; in fact, it’s considered the “it” city for newlyweds, millennials, and young singles. Part of the attraction of Plaza District is its thriving nightlife along with classy art galleries and live theater. Of course, families have what to find there too; the city has high-quality schools and hosts many old and burgeoning local businesses. Since the city has grown significantly over the past 15 years, property values have gone up, but not too much; the median home value is $90,900.

Bricktown is another Oklahoma City neighborhood that has a large population of singles and young professionals. Known as an entertainment district, the neighborhood boasts plenty of restaurants, stores, and entertainment during the day, as well as a bustling nightlife that includes I Love This Bar & Grill and Harkins movie theater. It’s also the home of some spectacular Fourth of July fireworks.

Deep Deuce is located just north of Bricktown and is home to the famous Deep Deuce Music Festival, which features jazz, blues, and performing and visual artists. It’s also home to Oklahoma Baptist University, which makes it an ideal neighborhood for students and young professionals. Of course, anyone who wants to buy a house in Deep Deuce will need to be a little more established; the median house price is $587,500.

Named after the numerous car dealerships that once populated its streets, Automobile Alley is one of Oklahoma City’s more upscale and expensive neighborhoods. While the auto dealerships have long-done, today the neighborhood is known for its great food, trendy bars, and young urban professional population.

Families that are looking for a safe, beautiful neighborhood can look no further than Crown Heights – Edgemere Heights; it’s one of the best neighborhoods in Oklahoma City for families. With homes that come in a variety of styles, including Tudor, Art Deco, Colonial, and more, it’s suitable for people with many different tastes. In terms of cost, houses come in a wide range of prices, making it a good option for lower to upper-middle-class families. Residents can enjoy a full schedule of social activities, arranged by the Neighborhood Association.

Time to Get Moving

Once you determine which neighborhood feels right for you, it’s time to plan your move. Fortunately, we can recommend some of the best apps for moving, so that you can focus on getting a fresh start without stressing about moving your belongings. After you’ve moved and settled in, you can tackle the best part of the entire moving process: Planning a housewarming party!