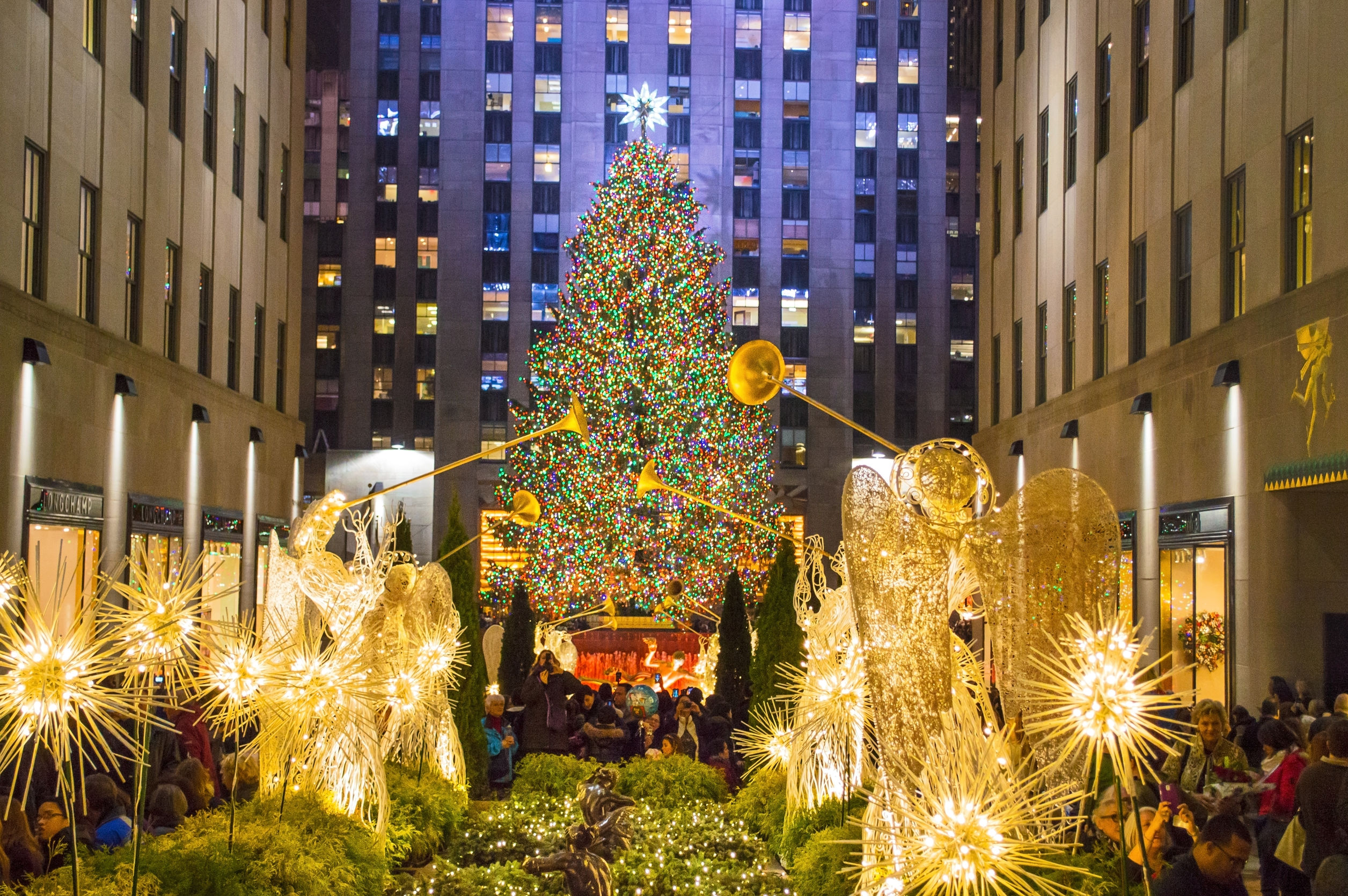 Nearly everyone knows that NYC is one of the most magical places to be for the holidays. The city is filled with amazing displays. It doesn’t matter how long you live here you will never stop being excited over the arrival of the first string of lights. You have probably already had people tell you that you are going to love the bustling streets once they start transforming into a festive environment, but if you are new to the area you may have absolutely no idea where you should even look. After all, this is a “slightly” larger-than-average city, so you do not want to walk around in the wrong area and miss all the good stuff!

It’s almost foolish to even include this on the list, considering it is one of the most famous Christmas trees in the world. Every year, tens of thousands of people squeeze into the area for the tree lighting ceremony. This ceremony will become a new tradition for you.

A nostalgic series of windows have already been unveiled at this department store. Macy’s is known for its phenomenal displays, and it has lived up to expectations once again this year. The displays were inspired by old New York, as a series of frames make up a collage of vintage scenes.

You cannot help but find yourself full of holiday cheer when you see the lights at Grand Central Terminal. Although children typically go crazy for the holiday train exhibit, there is something about it that is very comforting to NYC newcomers.

If you happened to hear about the display at Henri Bendel for 2012, then you know many were saying it could not be beaten. After all, what could be better than a 20s theme, dresses made of licorice, and a tree covered in paper flowers? Well, the visual director very well may have topped it with the 2013 display. An intimate dinner party takes place at an eclectic home in this display. In attendance are a few of NYC’s favorite guests, including Audrey Hepburn and Whoopi Goldberg.

If you feel the need to wish upon a star, head over to the Time Warner Center. Here you find twelve 14-foot stars that drip from the soaring ceilings to light up all of Columbus Circle.

As the holiday season approaches, Bryant Park turns into a winter wonderland. Of course, while you are heading to this 9.6-acre Manhattan park, you might as well plan on taking a spin around the skating rink and grabbing a cup of hot cocoa to really get in the holiday mood.

Cutting through the darkness at 57th Street and Fifth Avenue is the UNICEF Snowflake. This beacon of hope for children is made of Baccarat crystal and absolutely breathtaking. It hangs as a reminder that this is the season of giving.