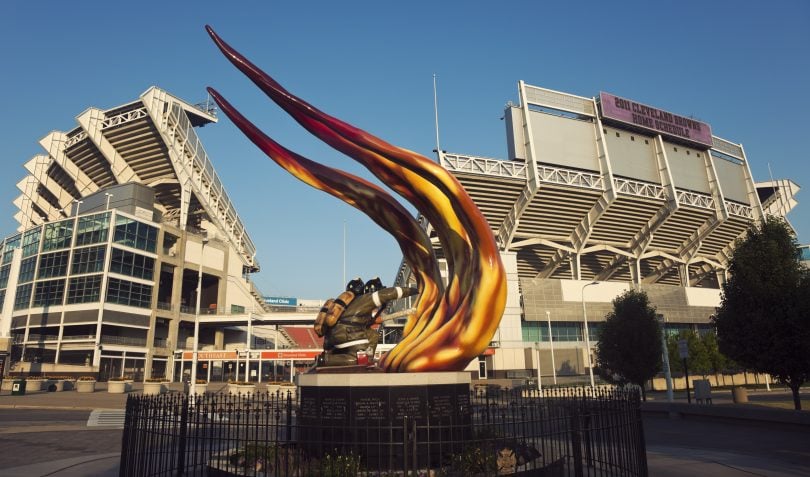 On the edge of Lake Erie sits a city where residents can enjoy small-town friendliness with all the benefits of metropolitan life — at a significantly lower price tag. Forbes Magazine rated Cleveland, OH, among the nation’s topmost affordable cities, and in 2016 named it America’s Hottest City. No wonder millennials are moving to Cleveland. Affectionately known as “The Land”, this midwest city is no doubt going through its own renaissance and attracting plenty of interest. So if you’re thinking about joining the ranks, here’s what you can expect to pay to call Cleveland your new home.

This is where Cleveland rises head and shoulders above the pack: buying a house is extremely affordable. With average prices 63% below the national average, homebuyers can settle into a new house for an average of $67,500. Yes, you read that correctly: under $70,000. The average mortgage payment is still around $1,011, but think of how quickly you can pay that off! If you’re not ready to commit to home ownership just yet, you’ll pay 30% less than the national average for an apartment with rent around $660. Of course the closer to Lake Erie and downtown amenities you want to be, the more you will pay – but with prices this low, it might be in your budget!

Though Cleveland’s economy is definitely on an upswing with an increase in tech and business jobs, the unemployment rate is still at an elevated 10%. The median household income is $26,583, just under half of the national average income for a household, and per capita, Cleveland’s residents earn $18,000 per year.

Moving to Cleveland won’t likely result in a drastic hike in your utility bills unless you’re unaccustomed to the effects of brisk, lake-effect wind and snow. But even with all the bluster, expect to pay right around national average: $157 for electricity, or close to $300 for everything included in a single family home. Homebuyers, be aware of the likely spikes in heating costs during the winter months and plan ahead.

Cost of Food and Groceries

Though the cost of housing in Cleveland may leave you with plenty of cash to spare, grocery prices might eat into that a bit. With costs 7% higher than the national average, red meat, wine, and milk might cost you quite a bit more than you’re used to, while eggs and produce stay closer to what you’d find elsewhere. Eating out will cost you a pretty penny, too: you can get a single lunch entree at a mid-range restaurant for $13, but expect to spend $100 or more for a high-end dinner for two.

If you’re planning on buying or renting in the downtown or lake-side area, you’ll have access to one of the best public transit systems around with the Greater Cleveland RTA. Download the app for schedules and to purchase your monthly pass for $95 to cover the bus, rapid transit, and BRT; $105 gets you access to the Park-N-Ride busses if you’re coming from the outskirts of town.  Current regular cash fares are $2.50 for the regular bus/BRT, or $2.75 for Park-n-Ride. If you’re set on keeping your own set of wheels, you might do alright since Cleveland’s gas prices are on par with national averages. Especially if you plan on discovering all of the unique things to find in Cleveland. Car maintenance, however, can run up quite a bill — especially with the wear and tear of harsh winters.

Cleveland’s residents stay active all year round – how else do you make the best of Lake Erie living? But when it’s time to head to the doctor, you can expect to pay $110, just a little more than the national average for an office visit. The dentist will keep your teeth clean for $90, and the optometrist is well below the national average at $80 for a checkup. And with Cleveland Clinic providing top-notch, patient-first care, you know you’ll receive the proper medical attention you need right in your own city.