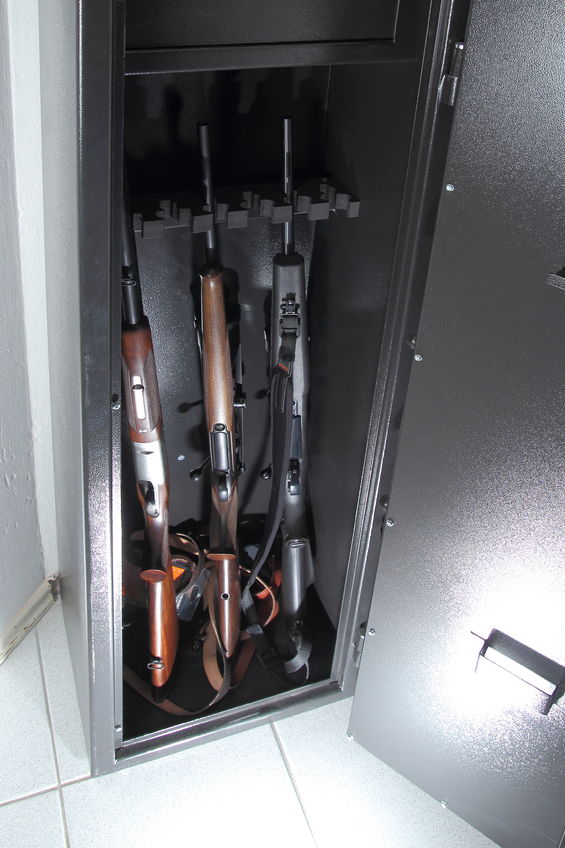 Chances are that when you began taking stock of your belongings in preparation for your move, your eyes probably settled on one item with a groan:

The gun safe. Big, heavy, awkward, and leaving you with questions about how exactly to transport your firearms and ammunition.

We’ve got you covered with best practices and things to consider when moving a gun safe, as well as what you’ll need to consider if moving across state or country lines.

Remove all guns and ammunition from the safe and store them in lockable, hard-shell cases for transport. This will protect them from damage and make the safe lighter. And although it should go without saying, never transport your guns loaded.

Borrow or rent a heavy-duty moving dolly for moving a gun safe, as well as strong strapping and moving blankets. You’ll want to plan out your moving route ahead of time and remove any potential obstacles as well as determine what type of moving equipment you’ll need. If you are looking at a significant staircase… you may want to consider leaving this to the professionals. They are trained to move a safe. Otherwise, find a stair-climbing dolly and other specialty equipment to make the job a little easier.

Make sure that you and your helpers have closed-toed boots (steel toe is safest) with non-slip tread and some work gloves with good grip for the job.

Check the regulations if moving across state lines

In most states, you will be safe carrying your weapons unloaded, in cases, and locked in a trunk or otherwise inaccessible to the driver or passengers. If the weapon is carried in the vehicle within reach, it is subject to concealed carry laws which vary greatly state to state. Some states like California, Massachusetts, New York, New Jersey, and Washington, D.C., have highly restrictive laws. Familiarize yourself with how to legally travel through these states with your firearms.

Canada’s gun regulations are tighter than the United States. So if you are moving to Canada as a U.S. gun owner, you have two options:

Before you go, check the Canadian Embassy’s page about bringing weapons into Canada. Some weapons are prohibited or highly restricted, and limited amounts of ammunition may be imported.

Coming into the United States can be more time-consuming. Your firearms must be permanently imported by a Federal Firearms Licensee (FFL), who must secure an import permit from the Bureau of Alcohol, Tobacco, Firearms, and Explosives. FFLs are governed by state and local regulation, which can take 4-6 weeks to process.

In short, you may just want to purchase new firearms after the move.
Let a team of professional movers make the whole experience easier. Unpakt will provide a quick and easy interstate moving quote – including taking care of that gun safe.