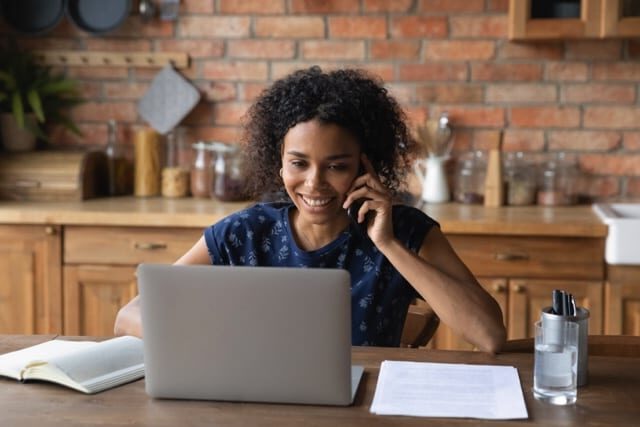 You’ve done it: you’ve decided to make the big move and start your own business. Life as an online entrepreneur involves a lot of strategies, and deciding where to start your new business in 2017 requires some serious consideration. Here is our list of the best places to start a business to get you started.

In 2014, Austin – with a population just under 2 million – ranked among the top 10 cities in the nation for venture capital investment. Much of that was poured into small tech companies, which have been thriving in this city and the Millennials that have been moving to Austin in droves. The cost of doing business also ranks favorably — about 3% lower than the national average, and with no state individual or corporate income taxes. Plug yourself into Capital Factory, Austin’s tech networking hub, for access to mentorship, investor opportunities, and access to coworking space — which, for solo entrepreneurs, can be the best way to incubate ideas and business connections.

Though it may seem a bit out of the way, the low cost of living in Des Moines makes it an attractive destination for new businesses: almost 10% below the national average. Homes are also quite affordable here, about 16% below national average, and the available labor force overall is well-educated and young. Central Iowa SourceLink and the Business Innovation Zone are both housed in Des Moines and provide entrepreneurs with access to mentorship as well as connections to potential investors. The city itself has financing options for small business, too — so connect with the economic development office to see what you might be qualified to receive.

Oklahoma City boasts nearly double the national average for a number of small businesses in a metro area. Really, that says it all right there — a cost of living that’s 4.9% below national average, home prices are 23% lower than the national average, and the city has a cash-back incentive program through the Greater Oklahoma City Partnership for small businesses that pay their employees above national average wages. The entrepreneur-focused Innovation to Enterprise program is focused on growing entrepreneurship in Oklahoma and has programs specifically focused on the capital city for new and existing business owners to grow their work. What’s more? You’ll quickly discover that there are layers of history, arts, and culture waiting to be peeled back here. In fact, most people are quite surprised at how many museums in Oklahoma City are phenomenal to explore; many of which are free! Few of our favorites are the Science Museum Oklahoma & the National Cowboy and Western Heritage Museum.

We all know Nashville is a hub for aspiring crooners, but entrepreneurs get a good shake too: with housing costs 6% below national average and business costs 5% below, new businesses are welcomed with open arms. If you’re moving to Nashville to start a new business, check out the Jumpstart Foundry for potential seed money and mentorship, and then make sure you brush up on country music.

Denver has a solid reputation for supporting an extremely high ratio of small business with 172 small business per 10,000 people. The cost of living in the Mile High City is a bit higher than the national average and has grown notably since 2013, but according to Kiplinger, the cost of doing business is a little below national average. What’s more, the city and state offer various financing programs that reward small business for new job creation as well as locating their offices in certain parts of downtown Denver.

Salt Lake City is an outdoor mecca with gorgeous mountains and a welcoming business climate — not to mention a host of Angel Investors. Corporate and property taxes are quite favorable for new entrepreneurs and the cost of doing business is just over 3% lower than the national average. That’s good because housing costs have been on the rise in the past year and trends say they’ll keep going up. Tap into the Startup Connectory to find entrepreneur groups, associations, and other networks across the state, and plan your new business with an eye towards the city’s median age of 30. This might just be why tech is one of Salt Lake City’s fastest growing sectors.

Tulsa is one of the smaller cities on our list and is one of the most affordable cities in the country. The cost of living is 11% below national average, and the price of buying a house is a rather favorable 34.5% below average — so entrepreneurs moving to Tulsa will be able to leverage their hard-earned dollars. The Tulsa Small Business Connection was formed in 2014 to provide resources and information to new and existing small businesses, which the city says create ⅔ of the new jobs in the region.

Nearly 12,000 small companies call this city home — as well as Warren Buffett and his not-so-small business. The costs of such endeavors are 5% lower than the national average, and home prices are incredibly low (23% below average) to make living in this city even more attractive for entrepreneurs. Check out Silicon Prairie News to get an up-close look at the business landscape, and when you move to Omaha, log on to omahastartups.org. It was set up by the Greater Omaha Chamber to connect local start-ups.

This one seems like an obvious choice: as the tech hub of the northwest, Seattle has been one of the fastest growing cities in the country since 2010. That has meant a major influx of young, highly educated people to fuel the workforce, but it also means that the cost of housing in the city has risen dramatically – about 24% more expensive than the national average. Fortunately, the city continues to attract venture capital to the tune of millions per year and a young, vibrant, well-educated population will make sure Seattle stays on the forefront of entrepreneurial growth.

Surprise, surprise: Indianapolis is full of networking opportunities, business support, and angel investors. Check out the likes of IndyMade.com and Verge, two networks that will get you linked in to networking and funding opportunities. Plus, the city lowered its corporate taxation multiple times over the past ten years, landing at 6.5% in 2015. The Indiana capital’s business costs are also low, at 3.8% below average, and the cost of living for a self-employed person is around 5.5% lower than the national average.

Now that you’ve made your decision? Time to rent a moving truck and hit the road with your big ideas and put them into action.