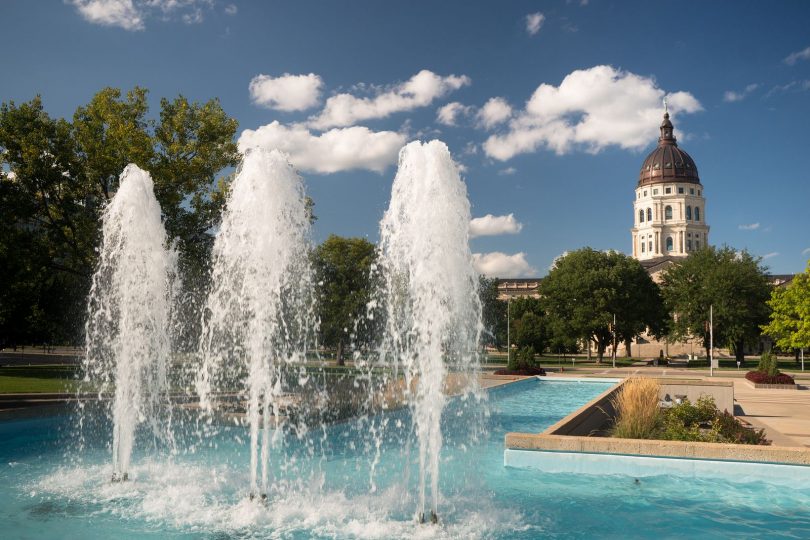 You might want to leave your “yellow brick road” and Wizard of Oz jokes at home. Ready to move to Topeka, KS? You’ve chosen a great destination for many reasons. Here are a few more to tip the scales!

1. Topeka won’t break your budget – it might even help

Overall, the cost of living in Topeka is well below national average – and even a smidge below the average across Kansas – without needing to sacrifice quality of living. Incredibly low rent and affordably-priced homes make this a great city for those looking to buy with a median home cost of half the national average: $106,000. Ready to buy your first home?  You can make it in Topeka even if you don’t have good credit.

At least in the summer, that is. With over 100 parks and gardens, four major trail systems for both walking and biking, and easy access to Lake Shawnee, you can absolutely get outside when the weather allows. Go for a mini-train ride in Gage Park or take in one of the summertime concert series events to cozy up with your neighbors and the local talent. Who said Kansas was just flat, open fields and tumbleweeds?

Over 87% of Topeka residents say they “frequently talk with neighbors”, and in 2012 the city was ranked ninth in a Gallup list of the top small communities for, you guessed it, happiness. Emotional wellbeing, work environment, if you’re looking for a happier place this might just be it.

4. Volunteerism is on the rise – and they start young

40.9% of Kansas teenagers reported volunteering between 2011-2013 according to a Volunteering & Civic Life in America survey, and Kansans of every age keep it up with around two-thirds saying they’ve volunteered in some fashion of “informal volunteering”. They contributed an estimated 82.2 million hours of service in 2013 – not to mention the overall benefit to the community of increased connection, feelings of support, and the boosted self-esteem that comes from giving back.

93% of residents report that they “frequently eat dinner with other members of the household”. With a country currently suffering from major technology-based disconnection among families, we think that’s pretty good. Add the 2011 build of an interactive children’s museum, and your kids will grow up knowing what family and play are really about.

6. The economy is growing rapidly

Kiplinger’s Personal Finance listed Topeka among the top 10 cities to watch over the next decade, with a bright forecast for economic growth. Cheap houses and growing economy? Moving to Topeka is looking better and better.

7. The city is proud of their Civil Rights history

The battleground that set things in motion, folks: Brown vs. Board of Education happened based on a once-segregated school that is now a National Historic Site. Kansas had quite a reputation for being full of abolitionists despite their location in the Midwest, but it was this case and its precedent-setting decision that changed the landscape of Civil Rights in a major way.

8. Downtown is getting revitalized

Every city needs a little spruce-up now and then, and Topeka is no different! The city repaved Kansas Avenue, installed new sidewalks, and fixed up a number of other downtown travel ways to make getting around the city a far more pleasurable experience. You’ll like what they’ve done!

There are murals everywhere in Topeka- everywhere. They aren’t just your average murals of pretty scenery either, but instead, span the range of eccentric to classic and traditional. Topeka native Aaron Douglas, a cornerstone figure of the Harlem Renaissance, has an entire park and a mural dedicated to him and his art.

Good eats in Topeka? Open from 7:30-noon every Saturday from April to November, the Topeka Farmers Market draws new vendors every year. Local produce, meats, and cheeses, food vendors from local restaurants, artisans and crafts, the market has just about everything your heart and belly desire. Sample the best of what Kansas has to offer across the street from the Capitol, every Saturday.