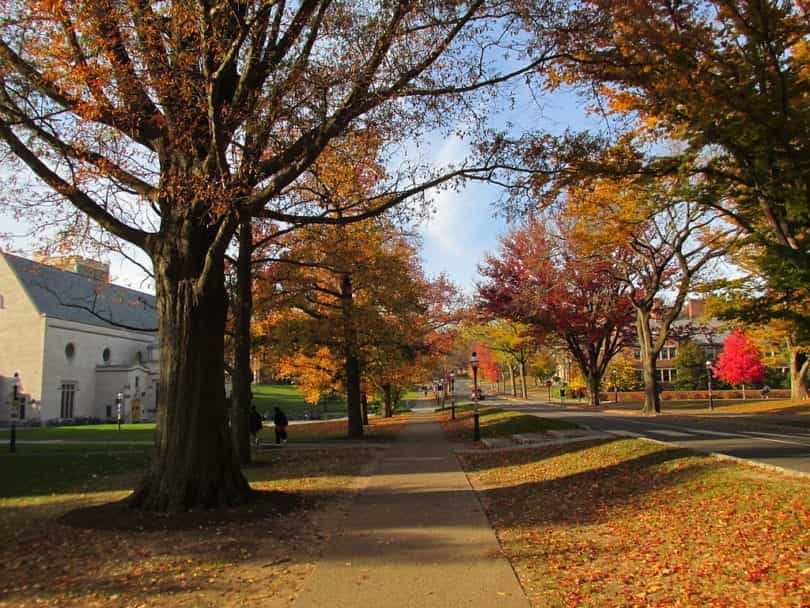 For such a tiny state, New Jersey has a lot going on. The Jersey Shore, Atlantic City, the Delaware Water Gap, and historic sites like Thomas Edison National Historical Park entice visitors down the Jersey Pike. The quaint city of Princeton is not only home to the top-tier Princeton University, but a host of other educational institutions and historical sites too.

If you’re looking to immerse yourself in a town with equal parts of historical charm and intellectual stimulation, Princeton could be your next perfect home. But before you hire a moving company, here are some of the factors you need to consider! Make sure you’ve done your research about Princeton, NJ.

It should come as no surprise that Princeton’s charm is attractive to many, making the housing market here one of the most expensive in New Jersey. The median cost of purchasing a home in Princeton is $825,000 according to Zillow, 339% higher than the national average. The median rent is $1,674 per month for a one-bedroom, $3,425 for two bedrooms. Housing will certainly be one of the most significant considerations when budgeting for your move to Princeton.

You’re likely to pay above-average prices for your groceries in Princeton — in all of New Jersey, in fact. Your first restaurant bill might raise your eyebrows, too. Princeton’s prices are actually a bit lower than the New Jersey average, but we’re banking on Atlantic City for hiking up that average.

Expect to pay a few dollars extra if you order a pizza, though beer is actually a bit cheaper than average. College town anyone? $14 can get you a meal at an inexpensive restaurant while a pricier, multi-course dining experience for two is around $80.

Utilities in Princeton are a bit on the higher end of the scale, too. Electricity costs an average of $184 per month compared to the national average of $167. Total utilities combined cost $263 for a 915 sq. foot apartment according to Numbeo, not including the internet. That will run a little over $100 per month. So when you’re making a moving budget, be sure to budget accordingly.

Downtown Princeton is served by the FreeB bus. Like its name suggests: it’s free, and runs Monday-Saturday! Princeton University’s TigerTransit system is also free to the public, with trips to the shopping center. NJTransit offers bus lines that run to further areas of town.

Expect to pay a little bit more for gasoline in Princeton, where prices are about 5% higher than the national average. That translates to about 20 cents. Car insurance rates are at an average monthly premium of $107 for good coverage, but owning a vehicle will allow you to access some of the amazing weekend getaways in New Jersey.

Ready to rent a moving truck and hit the road? Let us give you a guaranteed moving quote to make the whole process of moving to Princeton go smoothly.