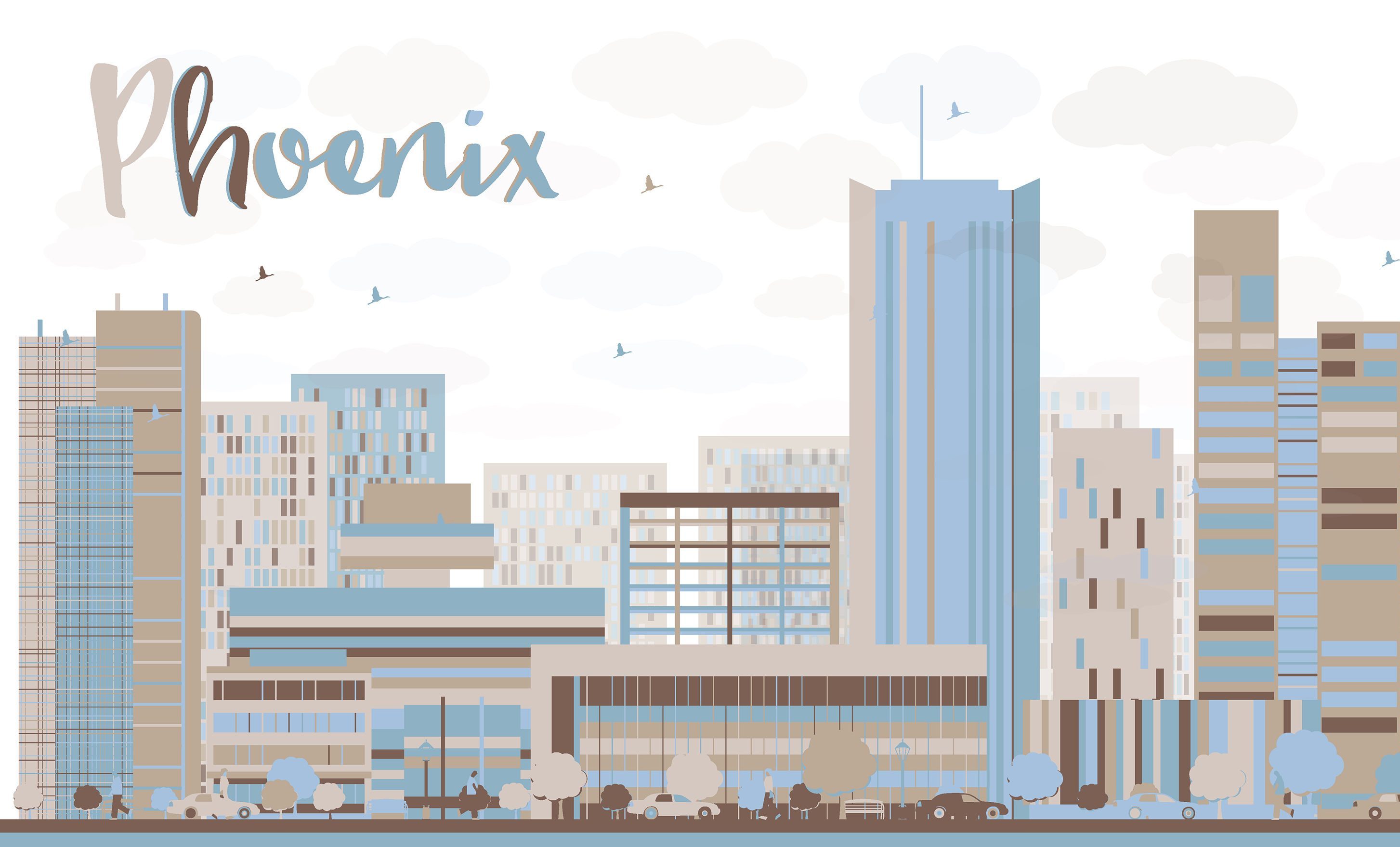 When it comes down to it, the cost of living in a given city will likely have a significant pull on where you decide to make your next move. Whether you’re relocating for a fresh start, some new scenery, or a better job opportunity, it undoubtedly impacts your quality of life, and where and what kind of home you choose — not to mention your overall ability to get out there and have a good time in your new city! If your adventures or work have you considering moving to Phoenix, AZ, the “most Western of the Western cities”, here’s the scoop on the overall cost of living in Phoenix, the gorgeous Southwest mecca.

The cost of housing in Phoenix is 3% lower than the national average — good news for those who want the benefits of a vibrant city without the exorbitant price tag. A one-bedroom apartment in the city center is under $1,000, which in most cities is unheard of — especially cities with such a vibrant culture and phenomenal climate. Venture a little further to the outskirts of the city, and you can find a one-bedroom for around $640. If you’re looking to buy? You have affordable options in this desert city, with average mortgage payments of $997 and home prices around $180k, desert sunsets included. At that rate, you can afford to have the quality of life in Phoenix that you’ve always wanted.

Residents of this Old West city might be on the lower end of the income scale compared to the national average, but with such a low cost of living, it’s not a limiting factor. The median household income in Phoenix is around $46,000, and families have a median income of $57,170. The one population in Phoenix that makes more than the national average? Women. So ladies, perhaps it’s time you considered relocating to Phoenix…

Phoenix is for foodies, but you won’t have to spend your week’s salary to have a great meal! If you’re headed to the Business District for lunch and a drink, you can expect to get off pretty cheap: just $13 on average will feed you at the noon hour. A three-course meal for two at a mid-range restaurant will ring you up around $50 (smack dab in the middle of the national spectrum), and your morning cappuccino? $4.19, please. Not bad. Your grocery bill will likely stay somewhere around the low side of the national average, with milk and beer a bit cheaper and pizza a bit more expensive. (Yes, pizza is a grocery category.) On the whole, Phoenix residents spend about 13.9% of their income on food.

You may not need to worry about heating bills in Phoenix, but the summer AC use might increase your costs a bit. If you’re considering relocating to Phoenix, know that those living in a small apartment can expect to pay around $180 a month average, not including internet — higher in the hot summer months, lower in the “winter”. Increase the size of the home and, of course, increase the costs. Those who must pay water bills can expect rates around $37 a month, and the internet costs an average of $50 per month. So as you’re calculating your cost of living in Phoenix, consider what type of housing you’ll be pursuing and make a few adjustments from there.

Hopefully, with all of the sunshine and outdoor recreation, you won’t need to worry about healthcare, but if your mountain biking excursion lands you at the doctor your bill will likely be a bit lower than the national average. Everything from doctor copays to a bottle of ibuprofen will cost you a bit less in this Western city, so you can afford to fix your bike and get back out on the trails sooner.

With Employer Pass programs, ever-expanding routes, and inexpensive passes, the Metro System in Phoenix makes taking public transit incredibly accessible for residents. An unlimited day passes on buses, light rail, and LINK costs just $4, and a one-way ride is $2. Monthly passes are available as well as student discounts, so you can simplify your transportation needs and get some reading done while you travel. If you’ll be driving, gas prices are a tiny bit lower than the national average, and the desert climate means you won’t need to worry about the harsh effects of winter on your vehicle. That keeps maintenance costs a bit lower than those colder climates, though you’ll definitely want to make sure your AC is working…

Still on the fence? Have a look at this blog post and ask yourself these ten questions to determine in Phoenix is the city for you. When moving in Phoenix, be sure to check out Unpakt’s most recommended movers.