Chicago is one of the greatest cities in the world. Whether it’s a passionate sports town you desire, ample summer activities, easy transportation, great restaurants, or a thriving nightlife and dating scene, Chicago offers more than any millennial could ask for. In fact, in April 2016 Forbes magazine listed Chicago as the fourth-best city for millennials following New York City, Austin, and Washington D.C. If you are debating a move to or have already bought a home/signed a lease for an apartment in the Second City, then you likely already know the great features our city has to offer. Nonetheless, the best way to get to know a city is through citizen’s lenses. While all characteristics above make this city great, there are others all Millennials must know before moving to Chicago.

Chicago is a City of Neighborhoods

Chicago has over 77 unique neighborhoods across the city. Most millennials migrate to the northern and northwest neighborhoods. This includes Wrigleyville, home of the Chicago Cubs, Lincoln Park, a large area near the lake, River North, a nicer neighborhood closer to the Central Business District (Loop), Wicker Park, a trendy up and coming area, Bucktown, offering an eclectic look northwest of downtown and plenty more. In fact, Millennials moving to Chicago are already making an impact on the city’s real estate map, as noted in this article from Chicago magazine, published in May 2016.

After you move, make sure that rental fits your needs with 11 décor ideas that will make your rental feel like home. 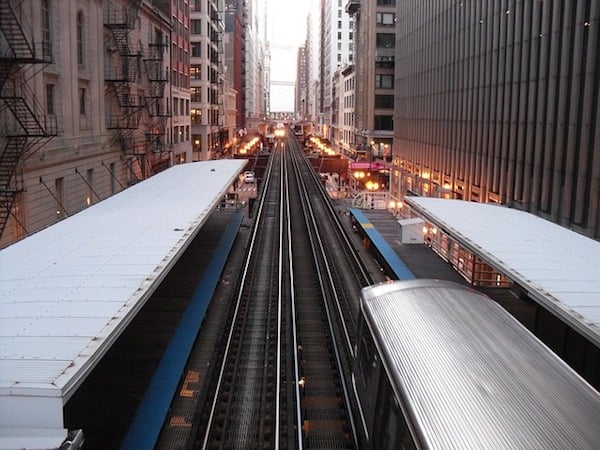 Transportation is Better than Most Cities

Parking is not cheap in Chicago. If you have a car and want to park in a garage, plan on spending at least $200 a month. Street parking is readily available near apartments, but along retail streets, most Chicagoans pay up to $4 an hour. As such, many ride their bikes, take the train, bus, or hop in an Uber or cab. The Chicago Transit Authority (CTA, aka Chicago’s train and bus system) can seem confusing at first, but after a month, you get the hang of it. 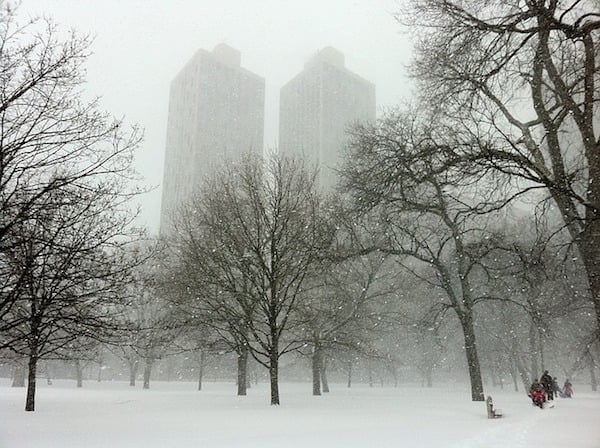 Growing up in Chicago, I have still not gotten used to the brutal winters. Walking to the train in subzero temperatures or washing off your car covered by two feet of snow is never fun. Nonetheless, when the sun does come up and we get a taste of 80-degree weather, there’s no city that appreciates city life, or patio life, much like Chicago. 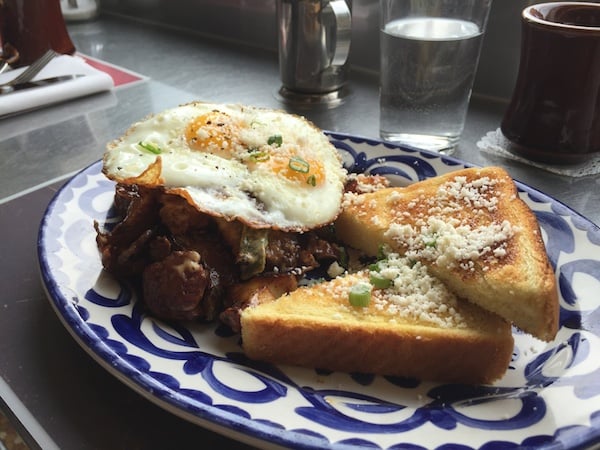 No matter where you are from or what you like to eat, there is a restaurant in Chicago that will take you back to a home-cooked meal.

Chicago is home to some wonderful restaurants and world-class chefs, including Grant Achatz’s Alinea, voted as one of the best restaurants in the world, Paul Kahan’s Publican, and Graham Elliot (yes, of Masterchef fame). One of the city’s celebrated chefs, Rick Bayless was chosen to receive the Julia Child award in May 2016- you can taste his unique take on Mexican food at numerous high-end restaurants including Frontera Grill and Topolobampo. In addition, last year, Chicago hosted the 25th annual James Beard Awards for the first time, an honor that usually goes to New York City. 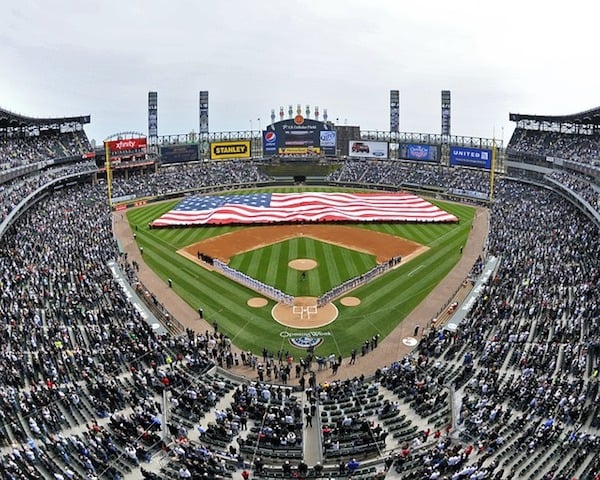 Chicago is a sports town. We are loyal, passionate, and die-hard Chicago sports fans. Despite not winning the World Series in over 100 years and a recent renovation blunder, the Chicago Cubs are still one of the most beloved teams in all sports. Meanwhile, the Chicago Bears are often described as the No. 1 team in the Second City. Our passion really shines at Soldier Field. However, the last few years have been dominated by the Chicago Blackhawks, who have won two Stanley Cups in the past five years, and the Chicago Bulls, led by our hometown hero, Derrick Rose.

Chicago’s event schedule is a hectic one, with annual celebrations of the fine arts, culinary arts, and performing arts. Lollapalooza, the famed music and culture festival will be returning in 2017 for three days of fun and music on August 3-6. The Chicago Contemporary Circus Festival will bring circus artists and enthusiasts together for performances and workshops on March 6-12, 2017, and the 2016 Chicago Intentional Film Festival will open on October 13 for two weeks of premieres and events.

Chicago holds not only cultural and recreational events but also many business conferences and summits in various fields of industry. This fall (2016) will see The Economist’s Future Works event (November 1), which focuses on jobs in the fourth industrial revolution, and the Digital Ad Innovation Summit (November 23-24).

Recent years have seen a drop in Chicago’s crime rate, making Chicago a safer metropolis to live in. Like most other major cities, Chicago has its share of crime, but since the early 2000’s it has been on a steady decline, as illustrated by City Data: 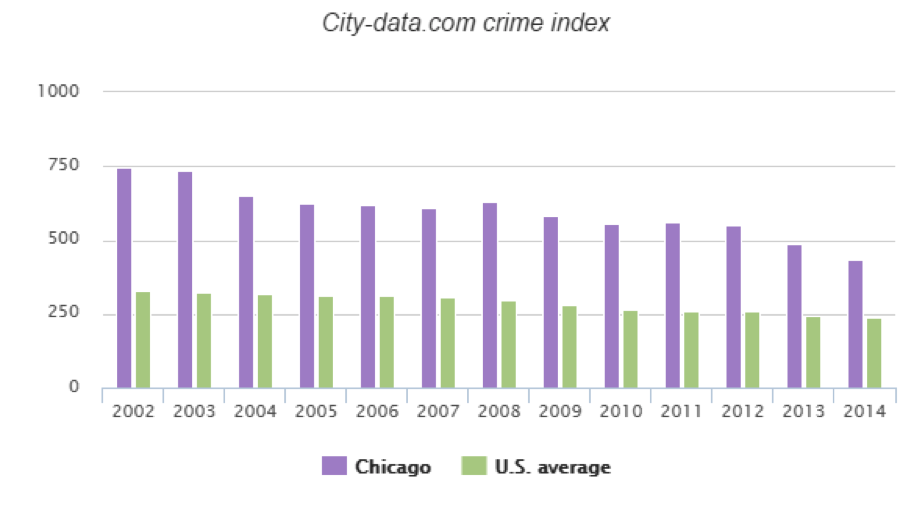 Relocating to Chicago is a wise choice. Our entertainment, food, home or apartment choices, thriving tech culture and business hub are unmatched. If you are ready for a change, compare moving quotes and start calling Chicago your new home today!

Jacob Hurwith is the content marketing manager at ImproveNet, your source for all home improvement resources. Before joining ImproveNet, Jacob worked for various publications throughout Chicagoland including the Chicago Sun-Times. When he is not writing, Jacob enjoys keeping up with Chicago sports, catching up on his favorite TV shows and of course, running along Lake Michigan.