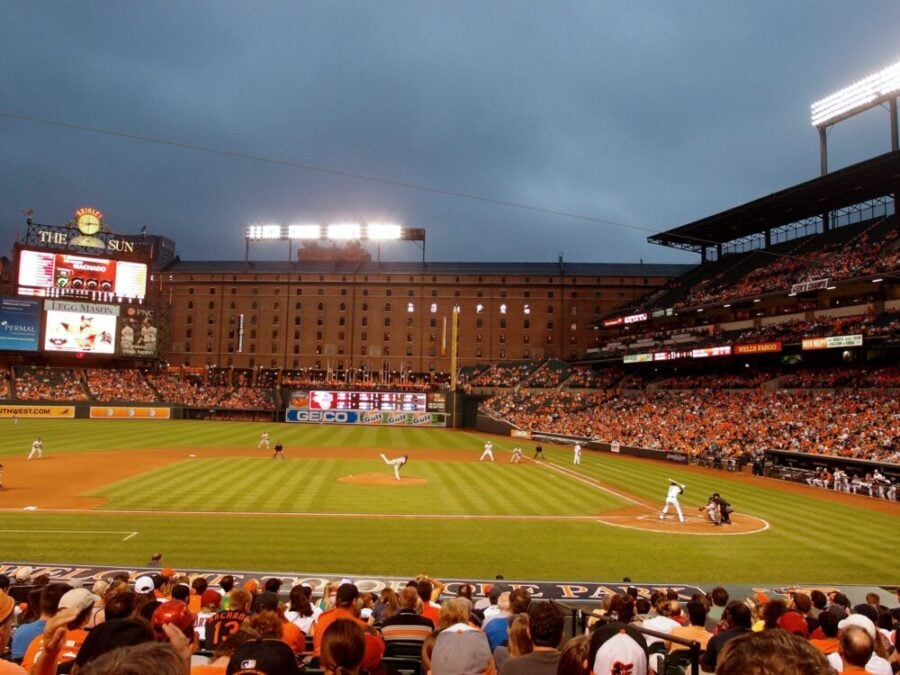 Whether you are a baseball fan or not, your Maryland movers will tell you that you absolutely must take in a game regularly at Oriole Park at Camden Yards. There is just such a fantastic and positive energy here that you will either become a baseball fan, or you will just fall in love with the electricity of the crowd. If you are already an Oriole’s fan, then you probably can’t wait to take in your first game.

There is a reason why the construction and design of countless other ballparks have been influenced by Oriole Park at Camden Yards. From the moment you enter, you immediately notice the super cool vibe created by the harmonic balance of retro-classic and retro-modern. When the park opened on 6 April 1992, it gave birth to a new era of baseball.

The construction took a very long 33 months and cost $110 million. With a sunroof over the upper deck, an arched brick façade, natural grass turf and asymmetrical playing field, the park was already a classic the day it opened.

Through the years, the park has seen numerous upgrades, such as the addition of cushioned seats in the lower level, drink rails, cup holders and even a new entertainment system, including scoreboards, audio, and video.

If you have a large group coming to a game, there are three party suites available that can accommodate up to 75 fans. They boast high-top tables, high-back padded bar stools, climate controlled interior, private bar with a suite attendant, flat screen televisions and sliding glass doors that lead to a two-tiered balcony that overlooks the field. Reservations must be made in advance.

Don’t worry about going shopping before the game; you can pick up team clothing, souvenirs and other goodies at an array of venues throughout the park. The Art of the Game has limited edition prints and autographed memorabilia while novelty stands can be found everywhere.

Your Maryland movers probably don’t have to tell you that one of the best things about going to a baseball game is for the food and drinks. There are a ton of restaurants and vendors, so finding something delicious to satisfy your hunger or quench your thirds won’t be a problem.
Known for their “Early Bird” specials, Natty Boh Bar is located on the base side of the lower concourse. Also, Dempsey’s Brew Pub and Restaurant is located on Eutaw Street, and this venue is always packed with fans whether there is a game or not.