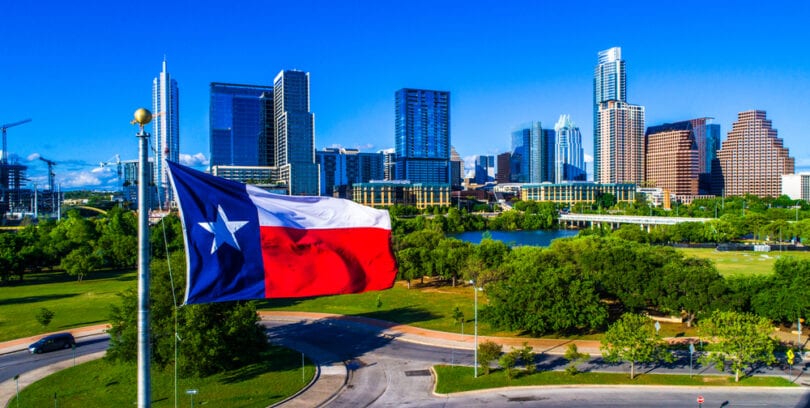 Tacos and food trucks, live music, and “Keep Austin Weird”? There might be a few aspects of Austin’s reputation that you’ve already identified. Maybe these are the reasons you want to move, or maybe you’re not so sure yet. Either way, Austin is a hotbed of culture in Texas that draws people from all walks of life. Thinking about moving to Austin? Here’s your guide to living and working in Austin, as well as a few pointers to get you thinking.

The basics about Austin

Ranking 11th on the list of the largest cities in the U.S., Austin is home to 978,910 proud Texans. It’s the fourth largest city in Texas, and the city’s official slogan promotes Austin as “The Live Music Capital of the World”. Though Texas has a reputation for cacti and deserts, Austinites enjoy a number of lakes and waterways like Lady Bird Lake and Lake Travis on the Colorado River, Barton Springs, McKinney Falls, and Lake Walter E. Long. Because it is situated at the convergence of four ecological regions, Austin’s flora and fauna are quite diverse. It’s something of a temperate-to-hot green oasis, and the climate varies widely over the year.

Cost of living in Austin

Compared to California or New York, the cost of living in Austin is a walk in the park. But it still ranks well above the rest of the state, in part due to the demand on housing. While the cost of renting or purchasing a home in the rest of the state is well below national average, Austin is well above. A one-bedroom apartment averages $1,186 to rent, while the average home value in Austin is at $454,896 — up 15% in the last year, according to Zillow. (Maybe it’s that influx of Californians?) Prices vary by neighborhood, of course, with Downtown Austin and West Austin topping the charts.

Another thing to consider when budgeting for a move to Austin? Eating out. With such a strong foodie culture, you’re bound to eat out regularly. Goods and services like getting a haircut might cost a bit more than you’re used to, but the biggest difference you’ll likely see is housing.

It’s not only musicians and hipsters that love Austin. Tech companies have moved into the area in droves, earning Austin the moniker “Silicon Hills”. Hewlett Packard, Facebook, Dell, IBM, Cisco Systems, Intel, Google, and more all have large offices in Austin. Perhaps as a result, nearly 10% of the population works in tech and engineering. That’s twice as high as the national average.

Not a tech person? Austin also has strong health care, education, entertainment, business and government sectors. You won’t need to worry about finding a decent-paying job in Austin. In fact? The average weekly wages in Austin are above the national average.

Texans love their personal vehicles, that’s for certain. But if you’re set on getting around Austin without one, the Capital Metro runs more than 80 bus routes with 32 miles of rail. This mode of transit is best if you’re in and around the Downtown area, but it can take you to some of the more residential areas. Otherwise, tighten up your driving skills: the speed limit on State Highway 130 can get up to 85!

In Downtown Austin, biking is heavily promoted and there’s a fair amount of supportive bike infrastructure. Austin BCycle is a membership-based bike share with a number of membership options. And of course, walking is always welcome in a city with gorgeous weather for most of the year!

Now this is where Austin really shines — well, one of a few areas! The South by Southwest Music Festival (also known as SXSW) has really put Austin on the map. But the once-yearly bonanza is only one piece of the highly creative Austin music and art scene. Check out The Contemporary Austin, with two locations offering unique contemporary art exhibits. Or for live music, head to the Red River Cultural District. This is where you’ll find the best venues, and maybe even catch an up-and-coming act in an intimate show.

Lastly? Food is a culture in and of itself. Austin is obsessed with tacos and food trucks. It’s almost a way of life. So if you’re moving to Austin, plan to spend some serious time figuring out where the best food trucks are parked, and which tacos you think are best.

Speaking of moving to Austin, ready to start planning? Unpakt has professional movers near you who are ready to make it happen. Get a guaranteed quote online today!