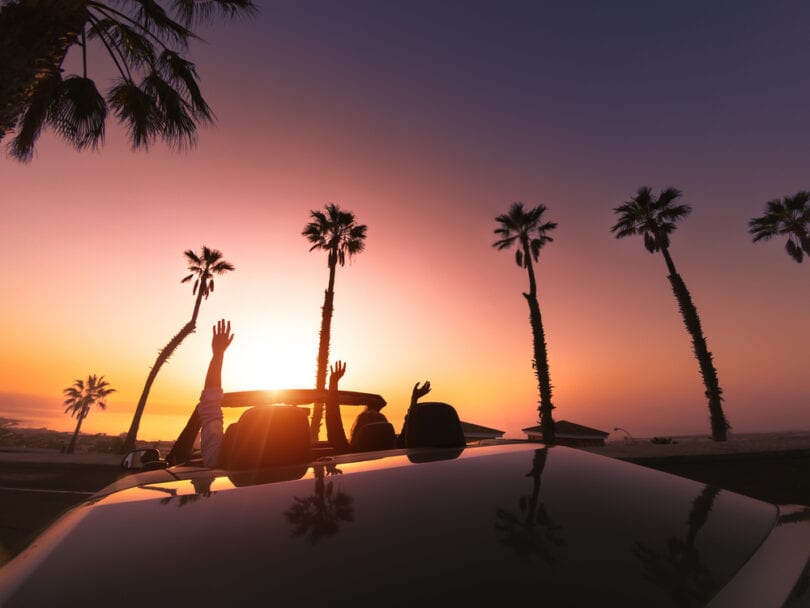 California is a massive state that encompasses just about any lifestyle you could want. Urbanites in search of culture and sunshine head to Los Angeles, techies on the cutting edge head to Silicon Valley, and there are a number of top-notch academic institutions to choose from if that’s your path. There are also rural pockets in the mountains or along the coast if you prefer the quieter life. No matter what draws you to the West Coast, California has a lot to offer. So here are a few things about moving to California that you should know to make your move a successful one. We’ve listed them out, step by step!

California is home to scrub deserts, the Pacific coast, and high mountain altitudes in the Sierra. Where you choose to live in this massive state will determine what type of climate you experience and, accordingly, what you’ll need to pack. So here’s a list of the major climates:

So what kind of climate suits your lifestyle desires?

Housing in California can be tricky

The housing shortage can make moving to California rather challenging. Zoning laws in some cities keep the housing supply low, and the rent has been driven up accordingly. So before your move to California, leave yourself plenty of time to look for housing. Or if you have the flexibility, consider finding a temporary sublet while you look for a more permanent residence. You can take your time and get to know the area, then decide which neighborhood feels like the best fit for your needs. Shopping for housing once you’re in the area is usually easier anyway!

In most of California, you’ll need a vehicle to get around — and the emissions standards are higher than most other states. Public transportation is in the works, but unless you live in San Francisco you will probably find it insufficient. Even though it is constantly expanding, it is difficult to get around only using public transit.

So if you don’t have a car yet, plan to buy one. It may be best to purchase one in California to avoid paying to register it in your current state, and then again in CA. That means you’ll also need a drivers’ license. New Yorkers, we’re looking at you! Once you move to CA you have ten days (yes, just ten days) to get an updated California license, and twenty days to register your car. And new drivers, be ready: the traffic in California’s major cities is no joke.

The cost of living in California is high in a number of categories. Most notably, you’ll probably see your taxes increase since there are both sales and income tax. Your budget should also plan for upticks in other expenses including housing, gasoline, and in some areas, utilities. Homeowners will also want to consider insurance against earthquakes and wildfires if you’re relocating to an area of California prone to these natural disasters. It’s truly better to be protected and hope that nothing ever happens! The California lifestyle is worth it for many, but when you’re creating a moving budget be sure to allow a little extra cushion.

On the other hand, you’re moving to one of the agricultural hubs of the country. So if you haven’t immersed yourself in the fine art of farm-fresh cooking, it might be time! Be sure to allot a chunk of your budget for visiting the weekly farmers’ markets. They’re a staple of California like all year round.

This step is especially important if you’re moving to one of California’s large cities. The traffic congestion of LA, San Francisco, and San Diego demand the full attention of even an experienced driver; you don’t want to leave your belongings in the hands of just anyone. Hire a professional moving company so you can rest assured everything will arrive at your new home smoothly!