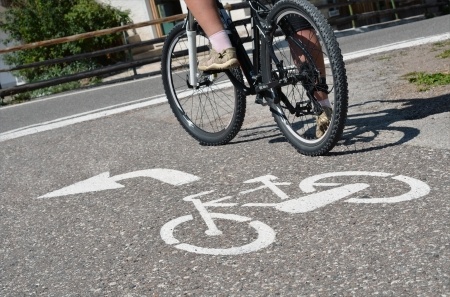 July might be one of the most enjoyable months of the year for bicycling. A slow cruise through the city with some farmer’s market goodies in your basket, a brisk early morning ride with your love down the winding paths and shady lanes, there is something for everyone who likes to travel on two wheels. But not all cities are made equal when it comes to being bike friendly, so we’ve broken down the most bike friendly cities in the country. Big, small, and in between.

We couldn’t not put Portland at the top of the list. Bicycle culture in Portland goes beyond mere transportation and is a cultural statement of the city. The League of American Cyclists rated Portland Platinum — its highest rating — for the city’s bike infrastructure, encouragement of cycling, education of the public, and enforcement of traffic laws regarding road-sharing. More than 7% of Portlanders use a bike to commute to work, and with more than 350 miles of bike lanes and plans to add more in the city, two wheels can be your primary mode of transportation. Just make sure you invest in a good raincoat and bike bag for the winter months.

One of the criteria for making a city cycling friendly isn’t necessarily weather, but having year-round sunshine sure doesn’t hurt. Designated as a Gold Level City by the L.A.C., Scottsdale has been actively working to create a more robust bike path infrastructure as well as connecting bike paths to other local communities, making cycling through this part of Arizona safer and more welcoming. Scottsdale Community College has been a big part of encouraging community education and awareness, as well as a good relationship with the police force who often patrol by bicycle.

Newly designated a Platinum bicycle-friendly community, the University culture in this Colorado community has been a big part of encouraging bicycle culture. Fort Collins also leads the country with 50 bicycle-friendly businesses, including New Belgium Brewing Company — which boasts its own branded bicycles awarded to employees for excellent performance. The city offers a “Bike Winter” program to encourage cyclists to ride all year round, including education on how to keep your bike and yourself safe and healthy. Studded tires anyone? Cycling in the winter may not feel as fancy-free as summer days, but it can be a fantastic adventure for the brave.

The three biggest cities in Texas have routinely ranked among the top ten worst cities for traffic, so in recent years cycling has become an increasingly popular option for commuters. The Bike Share program was introduced in 2013, and with companies like Samsung and Google looking for bike infrastructure to determine where they open offices, there is even greater incentive for tech-centered Austin to get on board. If the temperatures are a deterrent, let someone else do the pedaling: pedi-cabbies are widespread, and you can always rent a bike at one of the city’s 40 bike-share spots for your return trip. If you’re up for an adventure, meet the Town Lake Hike-And-Bike Trail.

Seattle’s Bicycle Master Plan means business. The Plan addresses things like traffic law enforcement, providing bicycling opportunities for all, and an intention of equity as a measure of all efforts the city undertakes. That means bike lanes aren’t just focused downtown or in more affluent areas, efforts are made to have bikes available to underserved populations, and actively identifying gaps in the trail or bike path networks to ensure safe and connective bike transportation. So take a bike ride in Seattle, and you’re out for a cruise on an incredibly well-planned and well-maintained system — whether you’re commuting to work or taking your road bike out for a cruise.

As of 2015, Minneapolis had 129 miles of on-street bikeways and 97 miles of off-street bikeways and a Gold-level ranking with the League of American Cyclists — yet another cycling friendly city with a surprising amount of commuting and touring infrastructure despite the rugged winters. From April to November, local non-profit Nice Ride provides a bike share program with over 1,550 bikes in the fleet. This enables all sorts of riders to hop on a bike to head out on an errand, and with the easily downloaded Minneapolis Bike Map, you’ll never get lost. Don’t forget to check out some of the more scenic trails as well, like the Cedar Lake Trail or the Grand Rounds trail to cruise the water front. The map even offers an option to located only the “Low-Stress Bicycle Network”, safe for kids and elderly cyclists.

Believe it or not, The Big Apple has some pretty great cycling trails. People who are new to the city may want to steer clear of the breakneck pace of downtown traffic for a little while, until they get the lay of the land enough to know where they’re going — but you can certainly head to the Manhattan Waterfront Greenway for a leisurely ride with the family, or for more ideas, check out some of the best biking routes in Queens and Brooklyn. New York doesn’t rank quite as high for bicycle infrastructure, so depending on your commute, you may want to opt for a combination of bicycling and public transit. Luckily, New York’s buses generally have a bike rack. Planning on becoming a serious New York cyclist? Connect with one of the city’s many bike awareness non-profits like Bike New York for the inside scoop on where to go, how to stay safe, and where to find the best rides.

For a city known for its traffic, you’ll be surprised to learn how many biking trails and paths L.A. has to offer. Both the Marvin Braude Bike Trail and the 22-mile South Bay Beach Trail provide cyclists with views of scenic beaches and the Pacific Ocean. Other routes like the Coyote Creek Bicycle Path and San Gabriel River Bicycle Path connect with one another if you’re looking for a longer ride. In search of a more leisurely bike ride? Check out the San Gabriel River Mid Trail, which passes through quaint parks and diverse neighborhoods. Looking to pair your bike ride with a picnic? The Sepulveda Dam Recreation Area boasts 9 miles of bike paths to enjoy.

Ready to make the big move? Let us help you find the best national movers in your area.