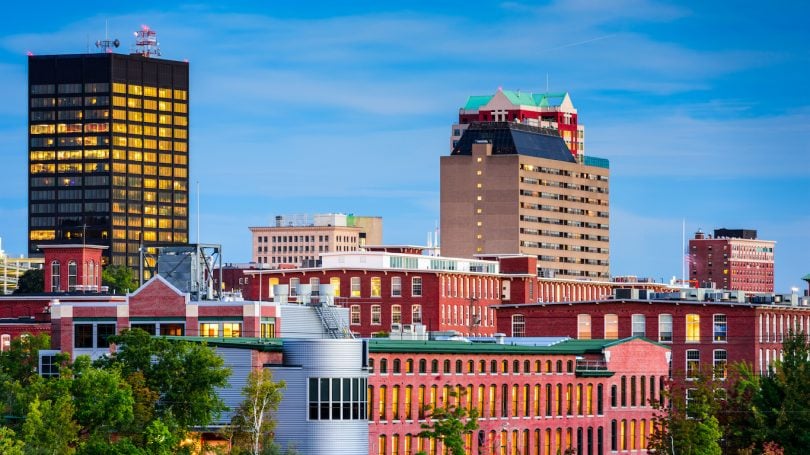 Manchester is the largest city in New England. As in any big city, you can expect that the cost of living in Manchester, NH is higher than the national average. Among the things to know before moving to Manchester are what job you’ll have there, and if your salary will be enough to cover your expenses. Check out this handy breakdown of the average cost of living. That way, you can make an informed decision about whether it’s the right place for your next home.

If you move to Manchester, you can expect a healthcare cost index of 115 (the national healthcare index is 100). Healthcare needs include going to the doctor, dentist, optometrist, and even buying ibuprofen (though the cost of ibuprofen in Manchester is only $.04 more than the national average).

The cost of gasoline in Manchester is $2.02/gallon. That’s only three cents higher than the national average of $1.99. On a whole, Manchester rates 107 on the transportation index, as opposed to the national index of 100.

While the average cost of basic necessities like food, housing, and utilities are higher in Manchester than in the rest of the country, New Hampshire has some great tax policies that may balance out the other things. For example, there is no income tax or sales tax, and dividends and interest are taxed at just 5%.

If you want to move to Manchester, NH but are discouraged by the high cost of living, sit down with your accountant before giving up. The income of your specific industry combined with low taxes may make moving to Manchester a wise financial decision.