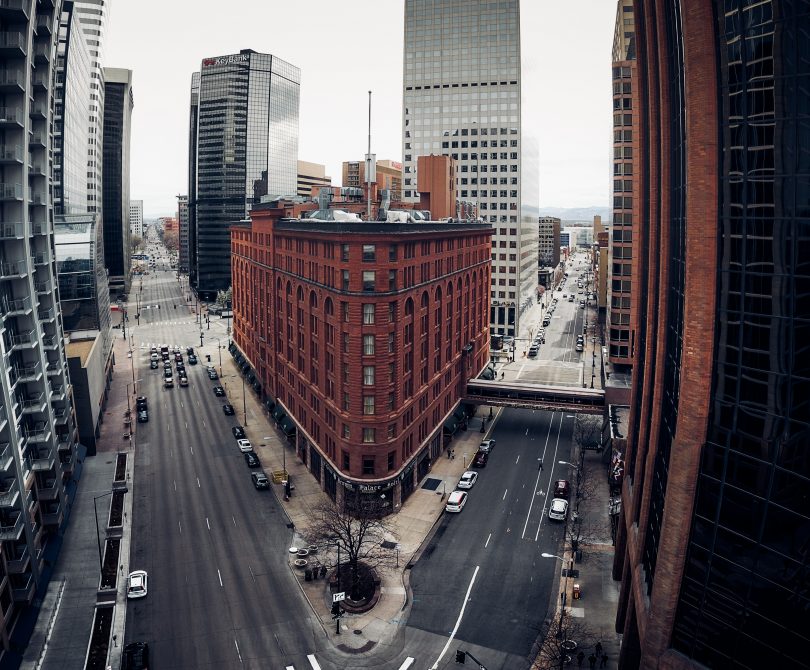 The Mile High City. Rugged mountain ranges, wide open plains, world-class recreation opportunities and a bustling economy, Denver, CO, has it all. What’s it going to cost you to live there? We’ve broken down the major categories to help you calculate the cost of living in Denver.

In the mountain towns of the West, some say you’ll pay a “mountain tax” for the privilege of living amidst gorgeous mountain scenery. Whether it’s that or something else that drives housing prices, expect to pay home prices that are 58% higher than the average – costs of $292,700 are average. That puts mortgage payments around $1,616. If you’re not looking to buy, rentals cost around $1,035 per month, 9% higher than the national average and with a pretty competitive market with multiple universities in the city. But my, how you’ll love that view of the Front Range!

With unemployment rates nearly a full 1% lower than the national average and future job growth predicted to move more rapidly than the national rates, Denver is a great place to be employed. The average income of a Denver resident is $34,423 per year, with the median household income at $56,258 – just above the national average. Thinking of moving to Denver for career opportunities, read this article on how to find a job before moving here.

Groceries are one of the few categories in which Denver doesn’t have to break the bank. Located right in the heart of Colorado’s food and agriculture industry, you can find farmers’ markets all year round and easily access lots of locally produced grains, meats, cheese, and produce. For the most part, grocery prices are below the national average. Eating out in Denver will cost you about $60 for a mid-range meal for two, which is higher than the national average – but as always, those willing to do their research can find a meal to fit any budget!

You can expect to pay less than the average for your utilities in Denver, despite the cold winters! $109.95 should cover you for a small apartment, including garbage, sewer, water, and electric. Internet prices sit around $63 per month, which is just below average for a basic internet package.

Denver’s residents are well known for their devotion to human-powered transportation all year round. Cyclists put studs on their tires and ride through the winter, or put on a pair of skis! But for those who prefer public transportation, you have multiple options for city bus passes depending on where you live and where you need to go. Local service bus passes run $79 for the standard fare; add Express Service for $140, and if you’re commuting from further outside of town, the commuter passes are $176. If you just can’t be without a car – and we understand – gas prices in Denver are typically 5% higher than the average, with vehicle maintenance costs 15% higher.

In a city full of athletic types, healthcare costs run on average a little higher than the rest of the country with a regular doctor’s visit about 21% higher. Expect to pay around $131 to see your practitioner, whether you’re running in Denver’s altitude or not. The dentist should only cost $91 for a visit, on par with the rest of the country.

There are at least 5 reasons why Denver is on the rise. Ready to live where the sun shines 300 days a year? Let Unpakt help you find movers who fit your needs and your budget.