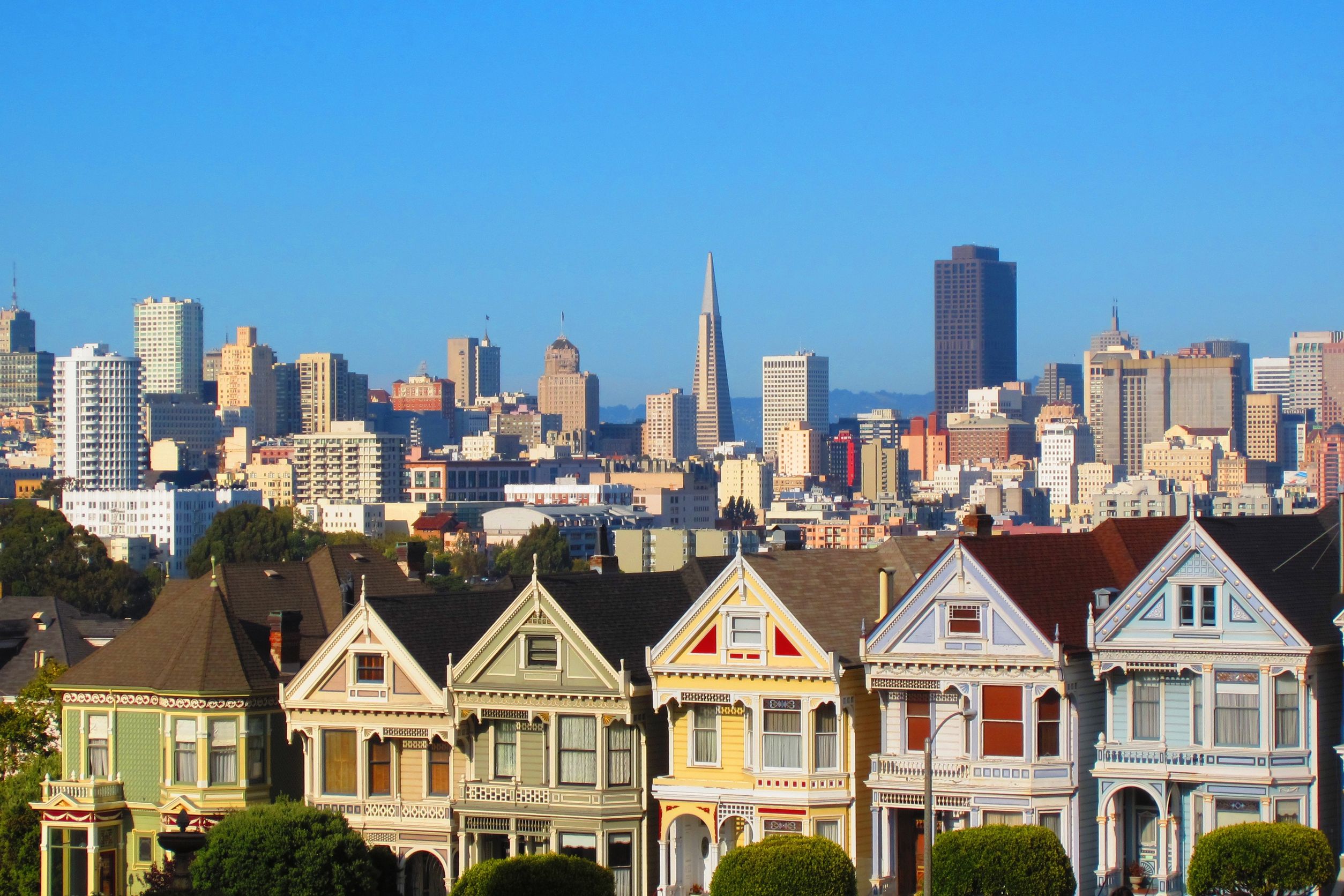 San Francisco has long been a popular city used in a variety of media. The city’s diversity and geographic scenery have provided the perfect backdrop for works of fiction, including “The Joy Luck Club,” “Tales of the City,” and “Around the World in 80 Days.” It has also been the filming location for some of the most popular movies ever made, such as “48 Hrs.,” “Basic Instinct,” “The Birds,” “Four Christmases,” “The Sweetest Thing,” and dozens more. Well, did you know that some of your favorite TV shows have been filmed here, too? Below are houses that you just might recognize as you explore this great city.

The home used in the opening credits of “Full House” sits at 1709 Broderick St. However, in all fairness, Danny, Jesse, Joey, Michelle, DJ, and Stephanie would have been a tight squeeze in this home. Not to mention, this house is estimated at about $1.86 million and would have been about a $9,000 per month mortgage. This would have been pretty tough to pay, even if a talk show host, session musician, and comedian did put all their money together. Although one of San Francisco’s “Painted Ladies” was used for the opening credits, the indoor filming was done on set in Los Angeles.

Pretty much all of “Nash Bridges” was filmed in the San Francisco Bay Area. Most of the action was shot at Piers 30 through 32 and The Embarcadero. Pictured is the barge used as headquarters for the police department. These huge hangars were discovered on Treasure Island in 1996. They were there waiting for an international airport that never came to be. Hollywood booked hangar space at about $30K per month. Nash’s home was also staged in one of the buildings. Interestingly, “Copycat,” “Jade,” and “Metro” were filmed at these hangars.

There are few people who wouldn’t recognize the Victorian dollhouse from “Party of Five” a mile away. After all, it is hard to forget a show responsible for essentially launching the careers of both Neve Campbell and Jennifer Love Hewitt. The house sits at 2311 Broadway and was home to the Salinger family for six seasons. The show follows five siblings who become orphans after a drunk driver kills their parents. The siblings take turns running their family restaurant, but it is hard to think of at least one episode where they didn’t spend some time (often arguing and slamming doors) in the home.

Like many television shows, the story was set in San Francisco, but the filming for “That’s So Raven” was done in the studio. However, the home from the opening credits is at 461 Ashbury Street, right at the corner of Ashbury and Page. Interestingly, the high-school often shown is not even in San Francisco. “That’s So Raven” revolves around a teenager named Raven Baxter, her friends, and family. It was the third longest-running Disney Channel Original Series, and its premier was watched by 3.5 million viewers.

Before you start searching the streets of San Francisco looking for the “Charmed” manor, you should know that it’s not here. The enchanted home of the three Charmed Ones is actually found at 1329 Carroll Ave in Los Angeles, even the show is set in San Francisco. “Charmed” follows the three powerful good witches whose prophesized destiny is protecting the innocent from demons and warlocks.

Liked our article about San Francisco? You’re welcome to several more to help you in your moving plan:

The Best School Districts in the San Francisco Metro Area

How to Meet New People in San Francisco Before You Move

How to Find Sublets in San Francisco

A Tour of Public Art in San Francisco

Moving to San Francisco On the Cheap

The First Things to See in San Francisco