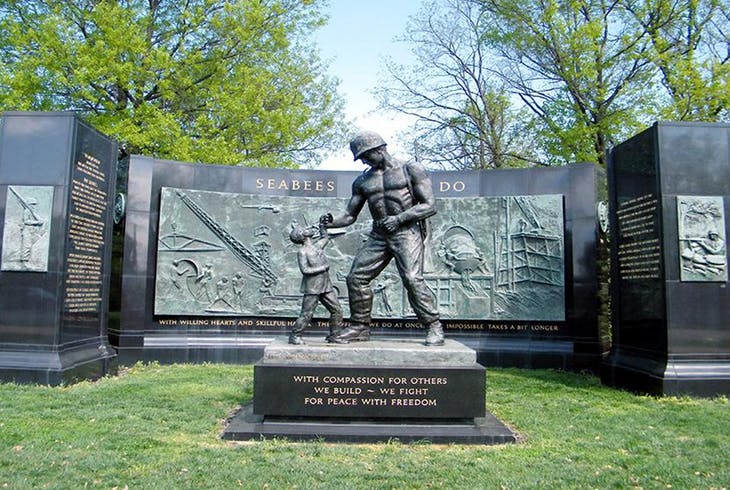 Just across the Potomac River from Washington, DC, where George Washington proclaimed the Capitol city to reside in then-Maryland’s young territory, is what became modern-day Arlington, Virginia. The area was a hotbed of revolutionary activity across the United States history. It started with the birth of a new country and continued through the Civil War, Civil Rights, and into today’s political landscape. History buffs are undeniably drawn to this area for the dearth of historical sites in Arlington, VA. To help you find a unique lens, we thought we’d point out some of the less obvious ones to get you inspired. Have a look.

The other side of Arlington National Cemetery

There are lots of Arlington National Cemetery historical sites, and the National Monument attracts thousands of visitors each year. People come to pay homage to the soldiers and dignitaries who have given their lives for their country. But in the center of the cemetery, you can visit the location where Confederate General Robert E. Lee once lived. Before the land became a cemetery, it was his plantation. But as the area hospitals filled with fallen soldiers, the government claimed the land for burials. Union leaders feared, though, that Lee would try to reclaim his home after the war and seek to move the soldiers’ graves. So in 1864 they buried 26 soldiers around the perimeter of Lee’s garden. It seems to have worked, as Lee retired after the war to Lexington and never returned to the land.

And in his absence, the Arlington National Cemetery, Virginia, historical sites came to be.

In 2005, the country learned that this nondescript parking garage (parking space D32 specifically) changed the course of national politics. Oddly enough, this is where Washington Post investigative reporter Bob Woodward met with the informant that the country came to know as “Deep Throat”. Six late-night meetings occurred in this space between 1972 and 1973. They provided information that ultimately revealed the Nixon administration’s coverup of a Democratic Party headquarters in the scandal known as Watergate. Woodward’s investigation led to the only presidential resignation in history, making this little concrete plot quite a national monument. Scandal, secrets, betrayal — could this be the perfect start to date night for geeks?

Note: Make sure you use entrance D, which is about 250 feet north of the historical marker on Nash St. Turn left at the bottom of the ramp inside the garage and go straight, all the way to the end. Space D32 will be on the left, with a small marker.

Arlington’s first-ever commissioned art installation is part eerie sanctuary and part Star Wars landscape. Artist Nancy Holt completed this installation in 1984. Holt designed the massive cement spheres and mammoth black poles to create the feeling of walking among fallen stars. For those who live in Arlington, the park can provide a moment of respite to slow down and walk slowly among the massive spheres. Once a year on August 1, the community gathers to observe the perfect alignment of the sun and resulting shadows as originally designed by Holt.

To explore a different side of national happenings, pay a visit to the museum housed in the DEA headquarters. Here you’ll find a collection of drug paraphernalia and information about addiction going as far back as the opium trade in the 1800s. It tells a fascinating story of how the government has approached the “war on drugs” throughout history. You’ll see photos of celebrities and athletes that have died of overdoses, disguises used by undercover agents, and all sorts of other stuff you didn’t know would be related to the drug trade. You might want to visit Dark Star Park after this one…

Fascinated by history and pondering moving to Arlington? Let Unpakt help you find a team of professional Arlington movers to get the ball rolling.