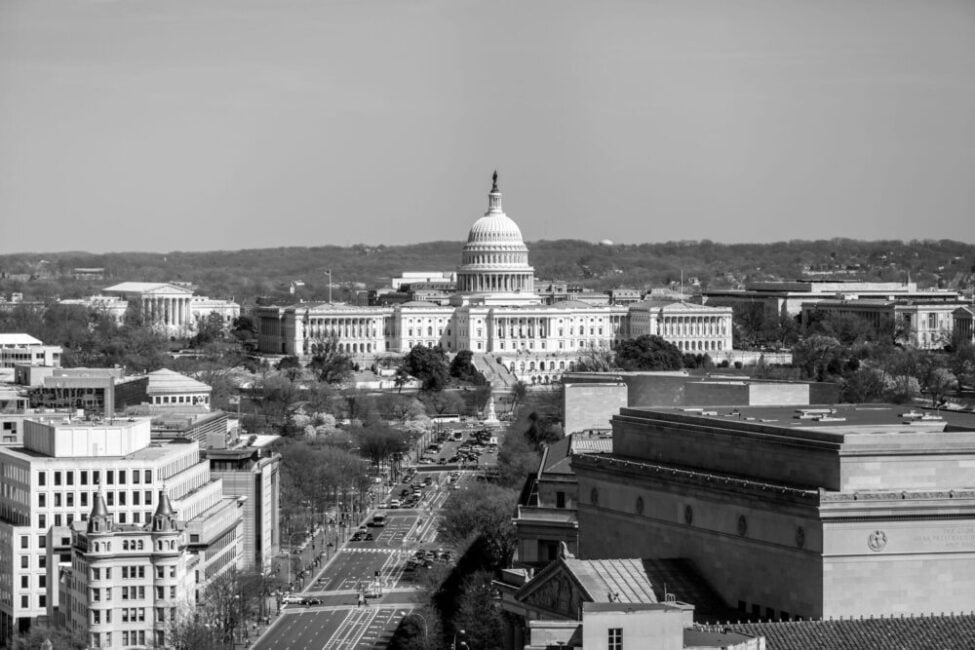 Packed with national monuments and museums, Washington, DC is the political and commemorative heart of the nation, but it’s also home to wonderfully diverse restaurants, thriving open-air markets and some fantastic bike paths. Did you know? That people who have a job in Washington, DC are among the happiest workers in the nation — Glassdoor ranks D.C. third in a list of 50 cities with the highest workplace satisfaction. As of May 2014, however, the Washington, DC unemployment rate is just a touch higher than the national average, so it wouldn’t hurt to start planning your job search while you lay out your strategy for relocating.

Here are 3 tips to help you find a job before moving to Washington, DC.

It’s probably no surprise that the government is the largest employer in Washington, DC, providing more than 235,000 jobs as of May 2014. But that’s not the only thriving job sector you’ll find in the nation’s capital. The next largest job sectors are professional and business services, followed by education and health services. Although significantly smaller, the leisure/hospitality and trade, transportation and utilities industries all show a trend of regular, continuing growth. You’ll also find a list of all the companies in Washington, DC on the Washington Posts’ website. POWERjobs and DCJobs are two other great resources for finding a job.

If there’s ever a place where networking skills matter, it’s Washington, DC, where somebody always “knows somebody” who can get a job done. Get yourself into the network – and the know – by asking current friends and colleagues for referrals or suggestions. Don’t forget to leverage professional networking sites like LinkedIn while you’re at it.

If your resources allow, visit at least once before your move. Start your job hunt well beforehand, and make it known to prospective employers that you’ll be available for face-to-face interviews during your visit. If you work in an industry that holds networking or association events in Washington, DC, try to plan your visit around one of those.

Washington, DC has a lot to offer so don’t be discourage when you start your job search. If you follow the tips above, in no time you’ll have a new job and then you’ll need to start planning your move.