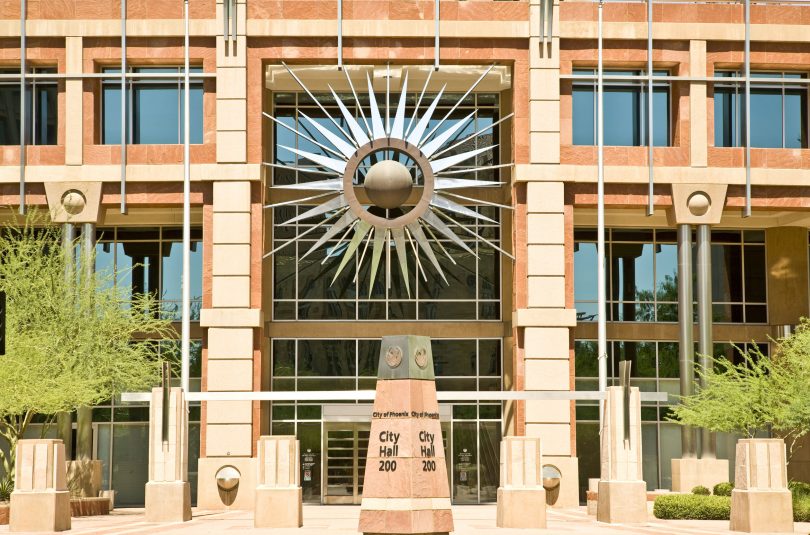 So you’re on the hunt for a new hometown and you’ve got your eyes set on the desert west. Arizona? New Mexico? So many choices. There are a lot of urban legends out there that might have you prematurely crossing living in Phoenix off your list — but we’re here to bust those myths and encourage you to reconsider. Phoenix has a lot of great things going on that make it an incredibly attractive destination, so here are the things that you can cross off your “moving to Phoenix cons” list. They might surprise you.

Although the temperate climate may be attractive for snowbirds, it’s also attractive for the younger demographic. The average age is actually 32, meaning that the Metro Area has the same exact median age as Austin — renowned for its young and vibrant culture. There are sizable retirement communities, that’s for sure, but Phoenix is actually a multigenerational city.

Myth #2: There is no culture

Would all those generations of people want to live in a city with no culture? We think not. Not only is Phoenix multigenerational, but it is multicultural too with significant populations of Mexican-Americans and Native Americans. Eclectic restaurants and nightlife keep the city vibrant, and a quick look through the New Times Phoenix will show you a city with live theater, music, art galleries, and sports.

Myth #3: It is always unbearably hot there, and there are no seasons

Ick. Not true, thank goodness — in December and January, temperatures can fall towards freezing even in the heart of the city. The desert climate does mean that Phoenix has the greatest number of days near 100F annually, but the winter days can hover in the ’60s with clouds and rain making it seem even cooler. You won’t need to worry about having snow boots, but you also won’t be wearing flip-flops and shorts all year round either.

Myth #4: The city is on the verge of a water crisis

There are other cities that are in far worse condition than Phoenix, and national reports that show cities in water crisis don’t actually even include the city. Naysayers have been screaming that Phoenix would run out of water for decades and it hasn’t happened yet, perhaps partially due to the city’s water consciousness. Phoenix is also considered to be one of the “wettest” desert cities around, receiving somewhere around 8 inches of rain per year. Which, for the desert, is pretty good.

Myth #5: The snakes, scorpions, and other desert creatures are a daily threat

According to the Arizona Health Department, nobody has died from scorpion stings in at least ten years. The stinging and biting critters are certainly around, but unless you’re looking for them, you’re more likely to be put in danger by other cars, lightning, or even dogs. In fact, you may even have to travel a bit out of the city to get a true desert experience. If its cacti and desert sunsets you seek, check out this blog post for some recommended destinations.

Myth #6: You will not see any wildlife apart from those desert critters because of the heat

Arizona’s wildlife doesn’t mind living in Phoenix, even with the heat. In fact, you may see some animals you’ve never seen before — like the Javelina, which looks like a cross between a large rodent and a wild pig. You might also see coyotes, bobcats, or jackrabbits hanging around your neighborhood, so be careful with your pets.

Myth #7: You never have to water your desert plants in your yard

Even desert plants need water sometimes. Drip irrigation systems are a good idea for conserving water because they will deliver the hydration exactly where it’s needed without unnecessary evaporation, and though they won’t need to be on all the time, your plants will need at least a little bit of a boost in the hottest part of summer. If you’re newly moving to the desert, avoid the temptation of putting in a lawn. You won’t want to be responsible for tending to it in the heat.

Myth #8: Phoenix is all chain restaurants

Again, see point #1: a multigenerational, multicultural city needs good restaurants. Though there are certainly plenty of chains, there are also interesting local attractions like the Ruze Cake House with its desert-inspired cakes, or the high-end comfort foods served up at Lux. You’ll never want for a craft cocktail in Phoenix either, where mixologists specialize in drinks to keep you cool.

Myth #9: People spend a fortune on air-conditioning and electric bills

Everyone has an air conditioner, it’s true — living in Phoenix in the summers would be pretty intolerable otherwise. But with some time and effort put into making your home energy-efficient and well sealed, you can keep your electric bills manageable. And think about it this way: relocating to the desert means no more home heating bills.

Myth #10: All the houses look the same

There are certainly plenty of white stucco houses with pink slate roofs, but there are also plenty of older neighborhoods with a little bit more individuality sprinkled through. Phoenix went through a big growth spurt in 1999 and 2000 so much of the architecture is indeed from that era. But the city has grown in pockets and patches, so take a look around and you’ll find plenty of unique buildings and homes.

Still need some help with your relocation? Unpakt will help you find a moving company!