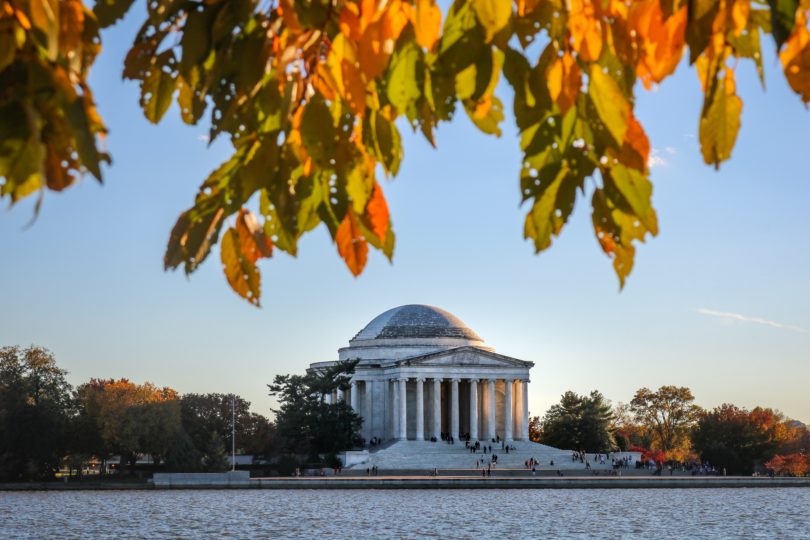 When Richard Louv published Last Child in the Woods: Saving Our Children From Nature-Deficit Disorder in 2005, he sparked a movement across the country: we all need to spend time outside, and more of it if we want to stay healthy. That’s why the Trust for Public Lands ranks the nation’s 100 largest cities to see who has the best public parks — not just in terms of acreage, but also amenities, budget, and the percentage of residents in a city that are within a ten-minute walk of a park. So if you’re looking to cultivate a more outdoorsy lifestyle, or maybe considering a move to be closer to the best public parks in America, have a look at these cities.

You may feel surprised to see the nation’s capital on this list given how densely populated it is with federal buildings and city vibes, but there is a lot of accessible green space to be had. The National Mall stretches 2.5 miles through the middle of the city and is very well maintained, and Rock Creek Park gives residents a bit of a wilder experience with 1,750 acres of creek ecosystem, animal habitat, and a bike path. Anacostia Park offers playing fields and an outdoor roller skating rink, as well as the ever-popular Anacostia Riverwalk system. All that to say: 98% of residents in DC live within ten minutes of a park. So in this city, there is no reason you can’t spend plenty of time in the public parks near you.

Time spent outdoors is precious when you have harsh winters like they do in Minnesota. Perhaps that’s why 96% of residents have a public park within ten minutes of their home! The median size of parks is a whopping 5.6 acres — that’s no postage stamp of land! There’s plenty of room for a pickup game of frisbee in that delightful summer sun. Theodore Wirth Regional Park is the secret sauce for Minneapolis winters, though. With 20 miles of cross-country ski trails, additional miles of trails for snowshoeing, fat tire biking, skijoring (yes, that means bringing your well-trained dog), and the 612 Sauna Society’s mobile sauna unit, the winter might be the best time of year at one of the best public parks in America.

Located between the Castro and Mission Districts, San Francisco residents flock to the hillsides of Dolores Park. The 16-acre public space is one of the most popular destinations in the city. On sunny days, you’ll find the grass checkered with picnic blankets and a diverse population of sunbathers and hipsters alike. The park itself has distinct areas with names and “regulars”, like Hipster Hill and Gay Beach. Elsewhere in the city, 100% of residents have walking access to green space — applause, San Fran! — with 20% of the city’s land designated as park space.

The Windy City actually has a lot to offer for outdoor activities. 10% of city land is designated as parkland and 98% of residents live within ten minutes of one of those parks. A big part of those numbers is probably 1,200-acre Lincoln Park, which is bordered entirely by Lake Michigan to the East. Lincoln Park is home to the 18-mile Lakefront Trail that stretches from downtown all the way to the South Side. Moving to Chicago means you can also tour the Lincoln Park Zoo, the Conservatory, and the Nature Boardwalk. This park gets extra bonus points for all of the educational opportunities, that’s for sure.

If you’re uncertain about parks in your area, you can try Googling “how to find the public parks near me”. Alternately, the Trust for Public Land’s #10minwalk initiative can help! Just type in your city and they’ll show you where to go.