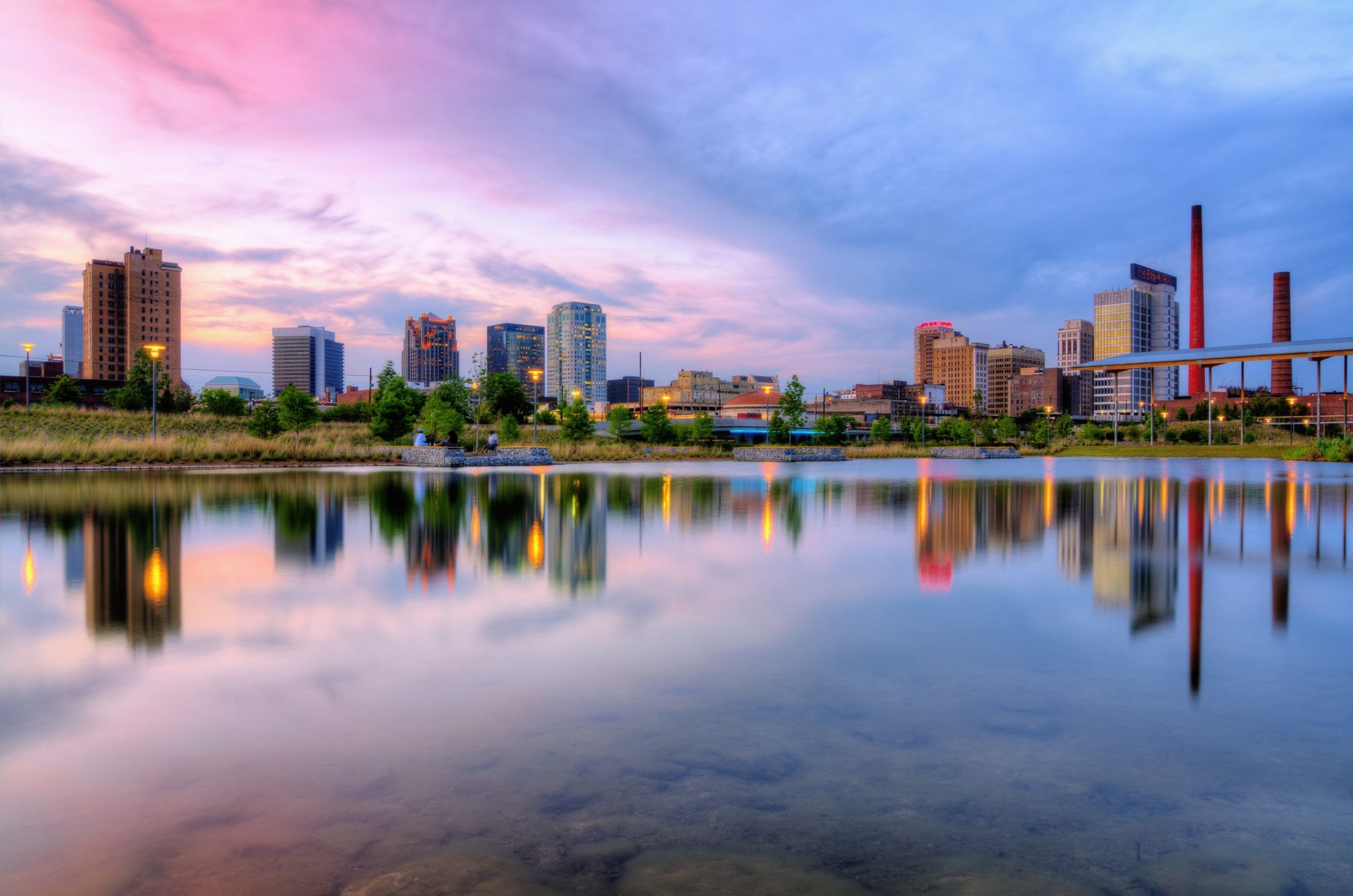 From the boroughs of New York to the pockets of personality in San Francisco, every city has its distinctive neighborhoods. Birmingham, Alabama, is full of charmers. So if you’re thinking of moving to this southern gem of a city, here are some of the best neighborhoods in Birmingham, AL.

The name probably gives it away, but for those who need lots of trees and a sweet neighborhood feel, Forest Park is full of hundred-year-old trees on the northern slope of Red Mountain. The neighborhood offers a desirable escape from the bustle of downtown. It boasts its own “downtown” on Clairmont Ave, with a good selection of funky shops and eclectic restaurants. Most of the architecture is from the 1900s, so you won’t find many high-rise apartment buildings or high tech vibes here.

Best for: families, young professionals who don’t want to live in the midst of the city hustle.

Arguably one of the best neighborhoods for families in Birmingham, Crestline has a small-town feel. Three small villages make up this neighborhood, all tucked along Mountain Brook. Church Street connects them all, and groceries and the library are within walking distance for most Crestline residents. Residents can enjoy a true community feels with the added bonus of proximity to all that Birmingham has to offer.

Best for: families, or those seeking a small-town community feel.

Currently undergoing a long-overdue renaissance, this neighborhood once was home to Birmingham’s downtown zoo. The old zoo is now one of the largest parks in the city, known for its amphitheater and vast green space open for free to the public. Avondale boasts an artsy selection of restaurants, breweries, and music venues that’ll keep outgoing residents well entertained. The city has been investing significantly in infrastructure and beautifying the neighborhood. Take advantage with a walk to the Avondale Brewery, check out the art at the MAKEbhm studio spaces, or catch a show at Saturn Birmingham.

Home to many of Birmingham’s most significant attractions, Southside is a happening place. It is one of the most densely populated neighborhoods, in part due to a large number of new apartment complexes built recently. In addition, the University of Alabama Birmingham also calls Southside home with a sizeable student body. This neighborhood is culturally and ethnically diverse, with the Five Points area hosting historically significant churches and synagogues that ground the community’s religious history. Railroad Park offers 19 acres of green space (dog owners rejoice!). For sports lovers, Regions Field is the place to be when the Barons are playing.

Best for: Southside is a truly diverse place, making this one of the best neighborhoods to live in Birmingham for just about anyone.

Ready to make the move? Unpakt will help you find movers in Birmingham to get the job done right.