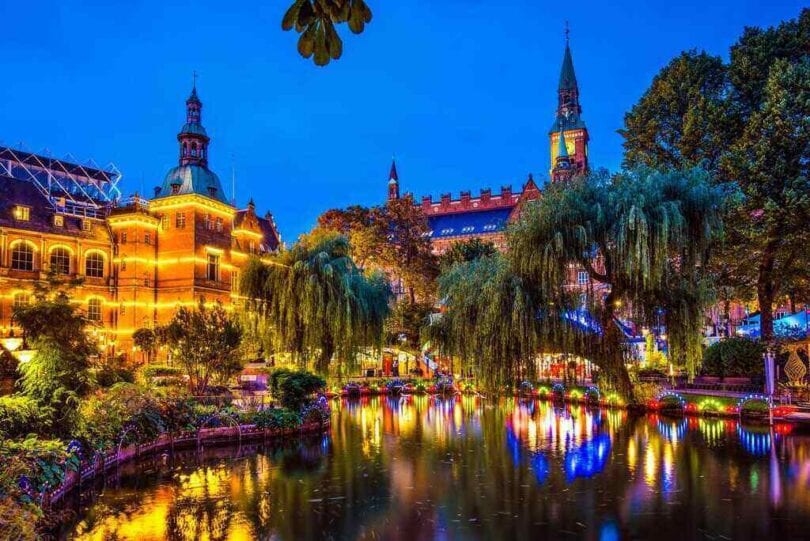 If you are a go-getter young professional or entrepreneur, perhaps you’ve set your sights on moving abroad. New cities, new cultures, and new opportunities abound when you make a big shift like that — so we’ve put together some information about countries in the European Union that might just be a great destination for your business future, including some important things to consider before moving to another country.

As a young professional, you’ll be pleased to find that Denmark has highly flexible working conditions, a strong social support system in place, and a minimum of five paid weeks of vacation every year. Most Danes can choose when they want to start work each day in order to ensure they can care for children as needed, and the country has some of the best work-life balance policies in the world. The cost of living is pretty much on par with the United States, though the welfare system does cover a number of things that many Americans pay for out of pocket — like education, healthcare, and other social services. That does mean taxes in Denmark are higher than in the United States: most Danes pay around 45% of their income in taxes, but they say they do so happily because they believe they are turning their collective wealth into collective wellbeing.

For entrepreneurs looking to build a business, Denmark is quite welcoming to expats who want to be a contributing member of the workforce. However, officially having a Denmark-based business requires applying for residence and a work permit to be self-employed or have an independent business in Denmark. That process can take some time, so many Americans will instead live in Denmark while running a United States-based business. Denmark has an excellent technological infrastructure, so internet access won’t be an issue unless you decide to live way up in the mountains.

The Netherlands is another country with a strong social welfare system to support its populous. Even living in Amsterdam, the most popular city, is less expensive than the United States average — even rent, which is an average of nearly 20% lower than the United States. The social welfare system covers health care, offers a modest stipend to assist with raising children, and offers a yearly bonus intended to be used for your minimum of 4 weeks paid vacation each summer. You will be taxed to make it work, that is part of the deal — around 52% of your income.

You will need to apply for a work permit when moving to the Netherlands, so it is best to get this process started well ahead of time. The Netherlands puts a heavy emphasis on employing nationals before hiring from outside of the country, but highly skilled workers as well as self-employed individuals, are not subjected to as much scrutiny. As a small country with excellent infrastructure, you should have no problem operating an internet-based company from anywhere in the country. Do be prepared, though, that the further you are from major cities, the less English you will find!

This country transitioned to a market economy in 1990, opening up a whole new world for incoming young professionals to work in the private sector. The country has a booming IT industry, and high-end tourism is always in demand which can be a great venue for English-speaking residents. For professionals moving to the country, Hungary has excellent infrastructure to allow for online business pursuits — and the cost of living is more than 40% lower than the United States, with rent around 60% lower! As of 2016 Hungary has a flat tax rate of 15%, and all taxes are taken out by your Hungarian employer. If you maintain a foreign residence and are living in Hungary fewer than 183 days per year, you are only required to pay taxes on wages earned in the country. Health care is socialized and is fairly decent, but still, has its downfalls – so some still choose to purchase private insurance as well.

To obtain a work permit, your employer must get permission from the Ministry of Labor to hire a foreigner. Permission is granted if the employer can prove that a suitable candidate could not be found from within the EU areas, EEA areas, or Hungary. Highly skilled workers have an advantage, and independent entrepreneurs can similarly make arrangements to work — you will still need an extended stay Visa and a work permit.

The romance of moving to live among the French can be quite appealing, and the country boasts one of the stronger economies in the EU. France is home to 31 of the world’s Fortune 500, many of which call Paris home. The majority of the job opportunities for expats aren’t in the famed city, nor are they in the picturesque South of France — so if you are willing to live in one of the less famous regions of the country, you can find excellent job opportunities. The cost of living in those areas is also significantly lower than in the more popular urban centers, where rent will cost you more than the US average. General cost of living without considering rent is fairly on-par with the United States. Health care is socialized, and the public hospitals are highly regarded by leaders like the World Health Organizations. Those employed in France, as well as those who are self-employed but make the necessary contributions, can all make use of the French public health care system.

The one big downfall of moving to France, expats say, is the significant amount of paperwork and bureaucracy required to acquire things like a bank account, a license, or even securing a lease on a rental. If you can secure a work permit through your employer prior to making the move, these steps will become easier — but as you’re preparing to move overseas, make sure you have all of your paperwork in order.

Switzerland has an incredibly high standard of living, a sophisticated and multilingual population, and a strong economy — all things that make this a great destination for young professionals moving abroad. You do need to start your work permit and residency application process well in advance, as the Swiss quotas for immigration are quite stringent and the process of getting a work permit can take some time. On top of that, finding a place to live can be incredibly difficult since most Swiss citizens rent rather than own and there can be quite the line for a single apartment. This might be one of the few countries where working with a relocation agent would be worth it! For those who can navigate the red tape and paperwork, the Swiss social system will provide higher education opportunities for next to nothing as well as access to an excellent transportation system. On the downside, medical coverage is compulsory and not socialized, and though the government does offer subsidies in some cases the costs can be quite high. You do get fantastic care for the price!

So if it’s so expensive to live there, why is it so great? Most expats who move to Switzerland do make more money than global average and the country is the global finance capital. The country is also quite central to much of Europe, making travel and international business dealings quite easy — plus, once you get your citizenship within the EU, you’ll have a much easier time moving around Europe. Switzerland boasts an incredibly gorgeous backdrop with its mountain villages tucked into the Alps, and once you gain entry to the culture, you’ll find yourself supported by a tight community.
If you’re planning to move overseas this year, best of luck in choosing your destination — and don’t forget that hiring one of the best moving companies to coordinate your move can make all the difference when you’re landing in your new country.

Remember Unpakt is your best tool to compare international moving quotes and book your move easily.