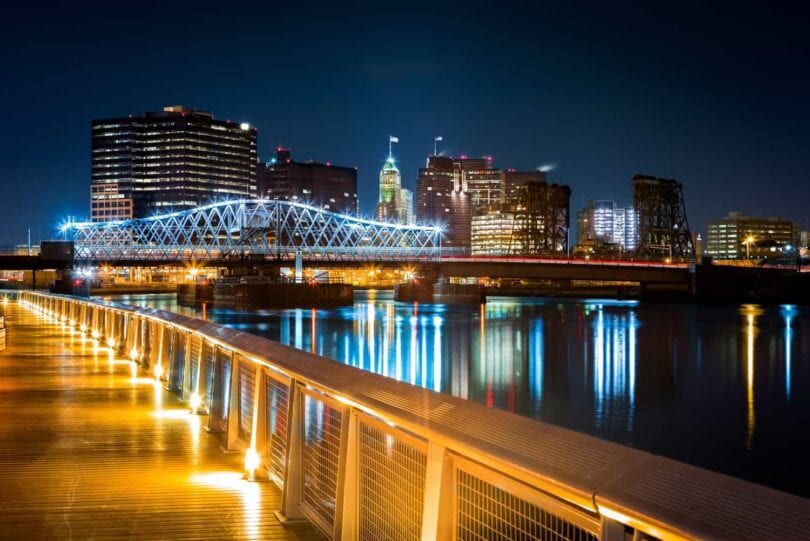 Newark might be well known as New Jersey’s largest city, the country’s third oldest city or as the birthplace of the Sopranos, but it should also be known for its exciting cultural scene. From galleries and museums to music venues and art festivals, Newark is a great city for lovers of art, music, poetry and all things artistic. Here are five things which make Newark a vibrant cultural center:

The largest museum in the state, Newark Museum features 80 galleries dedicated to fine arts and natural science. It has an extensive collection of American art including works by Edward Hopper, Georgia O’Keefe, Hiram Powers and Mary Cassat. Its Tibetan collection is revered as one of the world’s finest and includes a Buddhist altar consecrated by the Dalai Lama himself. The museum grounds also include the Dreyfuss planetarium and Ballantine House, home of the Ballantine family who owned the Ballantine Brewing Company and a National Historic Landmark.

Founded in 1986, this biennial four-day celebration of poetry is the biggest of its kind in North America. It attracts an audience of 14,000-17,000 as well as prominent poets, including Nobel Laureates, state and US Poet Laureates and Pulitzer Prize winners. Among the esteemed artists who have participated in the event throughout its 26-year history are Adrienne Rich, Mary Oliver, Allen Ginsberg, Gwendolyn Brooks and Kenneth Koch.

Opened in 1997, the New Jersey Performing Arts Center is one of the biggest in the country. It is home to the New Jersey Symphony Orchestra but the list of great artists who have performed in it reads like a Who’s Who of contemporary legends- from Paul Simon to Bob Dylan, Herbie Hancock to Jerry Seinfeld, Dream Theater to New Edition- they’ve all taken to its stage. Besides holding concerts and events, the NJPAC also features an arts education center offering art classes, scholarships, residencies and professional development for aspiring artists.

Established in 1981, Newark Arts Council is committed to the promotion of local art and culture in Newark. Its ArtStart Grants program supports organizations promoting accessibility to culture and the arts across the city, specifically in impoverished neighborhoods. It also holds the annual Open Doors Citywide Arts Festival, a four-day celebration of the city’s unique contribution to the fields of visual and performing arts. Everyone should move to a new city once, if only for the joy of making such discoveries.

One of the things to know before moving to New Jersey is it has a long tradition of musical innovation. From Count Basie to Bruce Springsteen, the Garden State has produced many a modern musical legend. Newark, in particular, has been a huge center for both jazz and gospel music. Today this rich tradition is upheld and shared in numerous events such as the Gospelfest and the TD James Moody Jazz Festival.

Planning a move to Newark? Browse moving companies and get guaranteed quotes in one click to have the smoothest move ever. Booking a local move in Newark, here’s a list of the best movers!