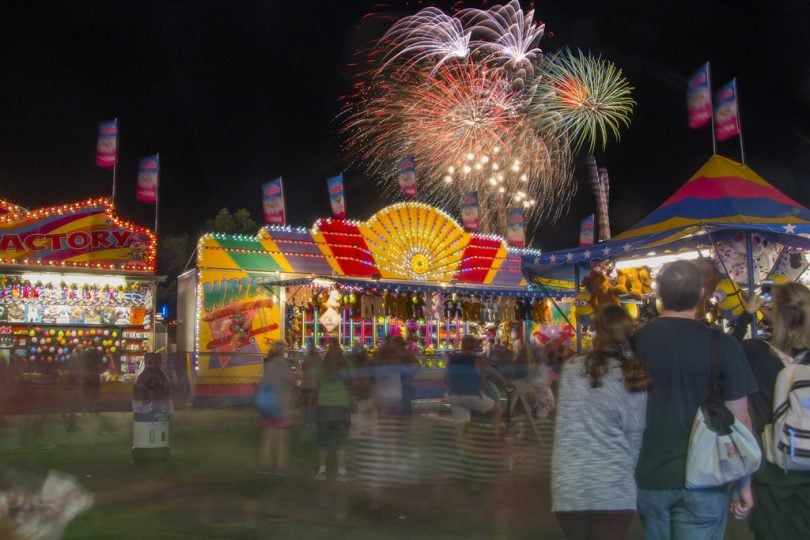 You can’t know what you don’t know… until someone points it out? Something like that. Saint Paul, MN, has a lot more going on than you think. From history’s literary icons to quirky nicknames and political stature, here are some fun facts that you probably haven’t yet discovered!

But they don’t really look that much alike – and Saint Paul is more like the older brother to Minneapolis. The term “Twin Cities” actually refers more to a geographically defined metropolitan area. Saint Paul has an older, more neighborhood feel with French-influenced and late-Victorian architecture, while Minneapolis is a newer city with more modern skyscrapers and Scandinavian and Lutheran influence.

2. Saint Paul has more shoreline on the Mississippi than any other city

26 miles, in fact – all within city limits. That means there’s plenty to do along the riverfront, which is all contained in the Mississippi National River & Recreation Area (MNRRA). Tour by paddleboat, visit Raspberry Island, or stroll or bike alongside this beautiful river. If you’re a river recreationalist and you’ve been looking for a new city, this amazing riverfront access might be one of the important signs when moving that you just can’t ignore!

3. Saint Paul was named the capital of the Minnesota Territory in 1849

Established near the site of many Native American settlements on the river banks, Saint Paul started as a trading and transportation center. After it was declared the capital it rose to prominence and grew. As a result, the city is home to 104 landmarks listed on the National Register of Historic Places!

4. Summit Avenue was once home to F. Scott Fitzgerald and Sinclair Lewis

This elegant part of Saint Paul is the longest maintained Victorian Era avenue in the country. It is the site of the Governor’s residence, but it also still boasts the well-maintained homes of authors F. Scott Fitzgerald and Sinclair Lewis. Though they both also frequented other cities, this high-class history may be one of the reasons you consider long-distance moving and hit the road for Saint Paul.

5. Gangs once ruled this city

Prohibition Era was rough on Saint Paul, and the city has a colorful history of prominent gangsters like John Dillinger, Babyface Nelson, and Ma Barker’s gang

. Though the city tried to keep this rough history quiet, the years of being known as a safe haven for bank robbers, train jackers, and murderers still remain a dark spot in the city’s past. Take a tour and learn all about the shady characters who called Saint Paul home once you’ve settled in.

Named after a bootlegger who made his living selling liquor to the soldiers at Fort Snelling and a rowdy bunch at the squatters’ camps, the settlement became known as Pig’s Eye when he laid claim to a tract of land at the opening to Fountain Cave. Thus, Pig’s Eye (Pierre Parrant) became the first inhabitant of the newly-established Saint Paul. The population of St. Paul, MN, has now grown to an estimated 300,000 – the second most populous city in Minnesota.

Held in mid-July every year, this weekend festival honors the Rondo neighborhood – Saint Paul’s African American neighborhood until the construction of Interstate 94 cut it in two in the ’60s. It is the largest African American festival in Minnesota and honors the strength of the Rondo community, which managed to thrive even in the midst of a culture of entrenched racism.

Saint Paul, MN, is cooler than you thought, right? When you’re ready to move to the Midwest, let Unpakt help you with comparing long distance movers to get the best deal on professional moving services!