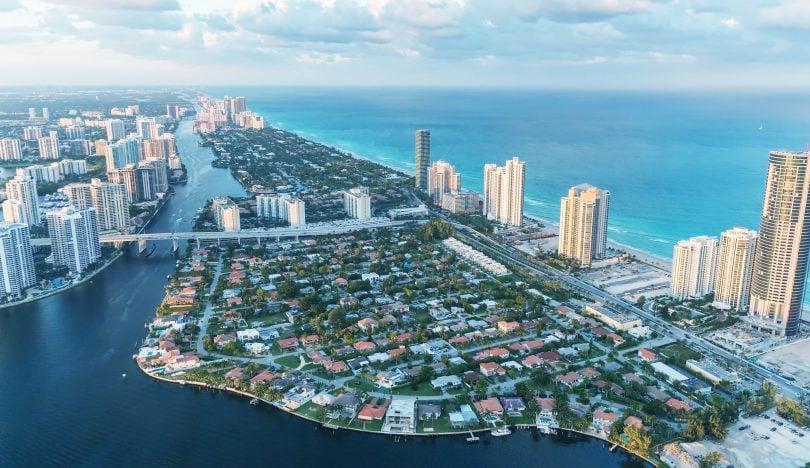 First, let’s establish one important fact: there is a big difference between living in Miami and living in Miami Beach. If you’re looking for pointers on moving to the area, it’s important that you decide which you’re setting your sights on and why — lest you end up living on an island unintentionally, or smack in the middle of a bustling city when really you were hoping for beachfront views. If you’re still undecided about which city you prefer, here are our opinions on why Miami Beach is a better place to live than Miami. We’ll let the facts do the talking.

It’s really easy to get around town

Unlike Miami proper, Miami Beach is a small town and incredibly friendly to pedestrians and bicycles. Miami’s public transit system will take you almost everywhere else you may need to go, including the airport or downtown Miami. Depending on where you live in Miami Beach, parking may be at a premium — so when you decide to relocate, you can sell your car, buy a nice cruiser bike, and simplify.

Examining recent crime maps, it’s obvious: Miami Beach has no “bad neighborhoods”. None. Crime within the city is incredibly low; when compared to Miami proper, which has some more statistically dangerous areas, Miami Beach is off the charts friendly. Of course, one should still be aware on those late nights coming home from South Beach’s bars and clubs, but even SoBe is known for being quite safe.

Miami Beach is densely populated with a generally affluent population, which means the school systems are well-funded and top-notch. Even on such a small island, your family has a number of schools to choose from, whether you’re looking for public or private, and many of the public elementary schools score top rankings across all categories. And with such safe streets and easy transportation, life with kids is a whole lot easier on the island.

The population is more diverse in Miami Beach

Miami Beach attracts people from all over the country and the world to its white sands and Art Deco living, so you’ll find that your neighbors bring a wealth of experiences and culture to the city. Latin culture is quite prominent in the area, so if you’ve been hoping to work on your Spanish you’re headed in the right direction. Since everyone chooses to live in smaller, more efficient condos and apartments, it is easier to meet new people and gain a sense of connection to the community. You’ll be feeling right at home in no time.

The weather is better

Miami may have a little bit of that coastal breeze, but it still gets quite humid during the height of summer. Miami Beach maintains cooler temperatures and far less humidity all throughout the summer due to its positioning — it is an island, after all! You’ll have all the benefits of that Florida sunshine without the suffocating humidity? Sounds like a great option for us.

The culture in Miami Beach is top notch

Anyone who is anyone has heard of South Beach and knows that the Art Deco district is the place to see and be seen. There are lots of things to do in Miami Beach, whether you’re looking to sight a celebrity, check out some up-and-coming musicians, go to an art festival, or dine at the restaurant of one of Florida’s top chefs, you’ll find it all within walking distance of South Beach. Miami, on the other hand, just feels like a crowded city. We’re confident you’ll prefer the ease and pace of life in Miami Beach.