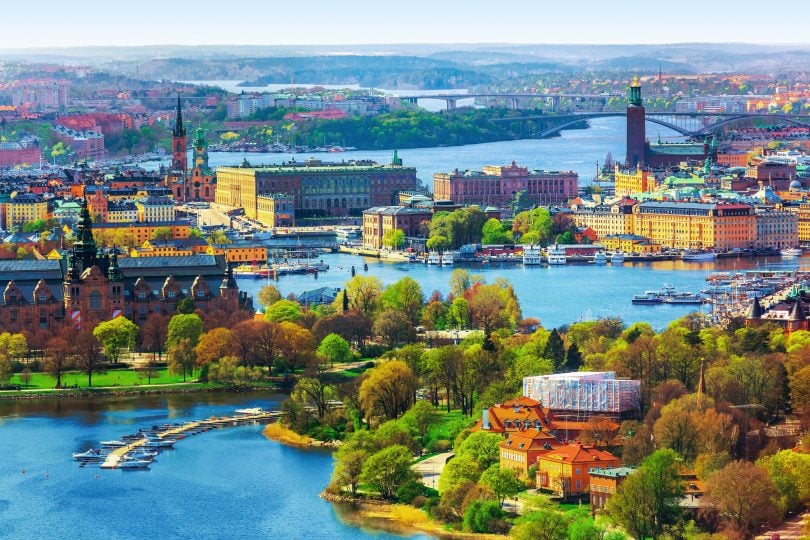 The European Union has a reputation as being incredibly progressive in regards to a lot of things families find attractive: education, health care, parental leave, environmental sustainability, and so much more. So if you’re considering moving to Europe, here are the best countries in EU for families to move to — and why. Remember that Unpakt helps you compare international moving prices and choose the best mover to work with!

The Swedes have long had a reputation for their fish, their kindness, and their long dark winters. But for families looking to move abroad, they also have a lot of fantastic things to offer. Healthcare for Swedes is free until the age of 20. After that, doctor visits are fairly affordable and all employees are entitled to paid sick leave at 80% of their salary. Sick leave also extends to cover when your child is sick at the same rate. Schooling is compulsory until age 9 when it breaks off into gymnasium and students are tracked into vocational or university programs. Recent reforms in the education system are focused on increasing children’s testing scores on international standardized exams.

Sweden’s biggest claim to family-friendly fame, however, is the 480 days of parental leave when a couple gives birth or adopts a child, with 390 of those days being covered at 80% of normal salary. Maybe you can take some of that time to visit one of Sweden’s 95,700 lakes, where you might catch a glimpse of the Northern Lights or perhaps one of the many moose that call this country home. With 52% of the country’s energy coming from renewable resources, you can rest assured that Sweden’s wild landscapes will be safe. All that said? Sweden is the 8th most expensive country in Europe.

Denmark has long been lauded as one of the happiest countries in the world. It might be in large part to their extremely family-positive approach to living: in such a small country, communities are tight-knit and live close together. Children play freely in the streets, and space for that play is prioritized over cars — and Denmark has one of the lowest crime rates in the world. Woodland schools are incredibly popular, where learning experiences are housed outside and the teachers are predominantly male. Schooling experiences are focused less on testing and more on raising a socially connected, whole child — which does mean Denmark’s children don’t perform as well on international testing standards, but its citizens don’t seem to care. Unemployment is a low 4.4%, and there is little in the way of a socioeconomic divide. Childcare is heavily subsidized by the government and “flex-working” is quite common, which each parent permitted to leave work early twice a week to pick up the children from school rather than send them to after-school programming. Maternity and paternity leave is generous, with the father receiving 14 days plus 224 days that can be used for either parent. 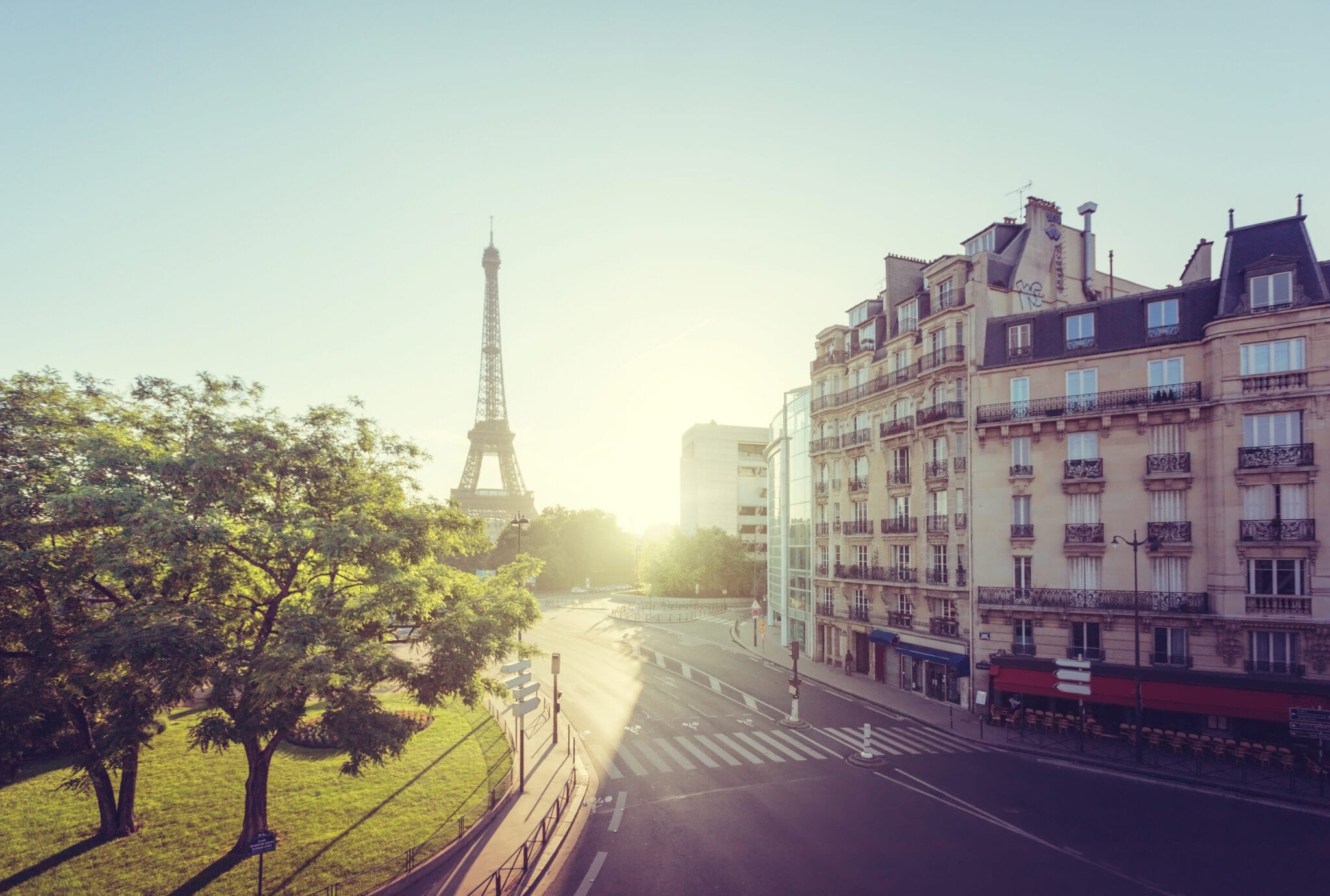 Ever since the book Raising Bebé, you’ve been thinking that France is the way to go. They have highly respected, though very strict, school systems that produce high test scores. Schools generally start early with breakfast provided, and teachers take a very active role in nurturing children through the day. You’ll likely find the pace and approach of life in France to differ greatly from the United States — plan to spend more time eating, more time shopping at specialty bakeries and boulangeries, and more time at home with your family. The pace of life emphasizes family and leisure over work — a welcome change, and an opportunity to take advantage of the lovely Mediterranean coastline, the rolling hills of the Loire Valley, and the gorgeous countryside just outside of every city. The French certainly value their green spaces. The cost of living in France is tenth in the EU, though Paris ranks as one of the most expensive cities in the world. Do your work ahead of time and learn French. Unlike some other EU countries, you’ll certainly struggle if you don’t have at least cursory knowledge.

Mothers receive 16 weeks of maternity leave, and fathers receive 11 days at full pay plus the option for up to six months at decreased pay. Healthcare is universal, so once you gain citizenship, you’re tapped into a wealth of social services.

Step one: familiarize yourself with German. Many countries in the EU are flexible with English, but in Austria, German is clearly the dominant language. Your children will learn quickly in school, but it is best to give them a bit of a primer before you move! They’ll be in a traditional public school system for nine years of mandatory education, after which they can choose a vocational or university track. Austria’s health care system was ranked 9th in the world by the World Health Organization, and public health care is open to all with the option to purchase supplemental private healthcare options. The cost of living in Austria is a little lower than the United States average and Austria is one of the richest countries in the world, ranked 21st in the world for its Human Development Index. Certainly, plan your budget for moving abroad, but once you’ve gotten a foothold in Austria, the economics of this country are quite supportive!

Austria is a mountainous country due to the Alps, so there is a significant amount of green space for those who value adventure in the outdoors. Mountain valleys and lakes, expansive farmland in the eastern part of the country, and ample parks even in a crowded city like Vienna. 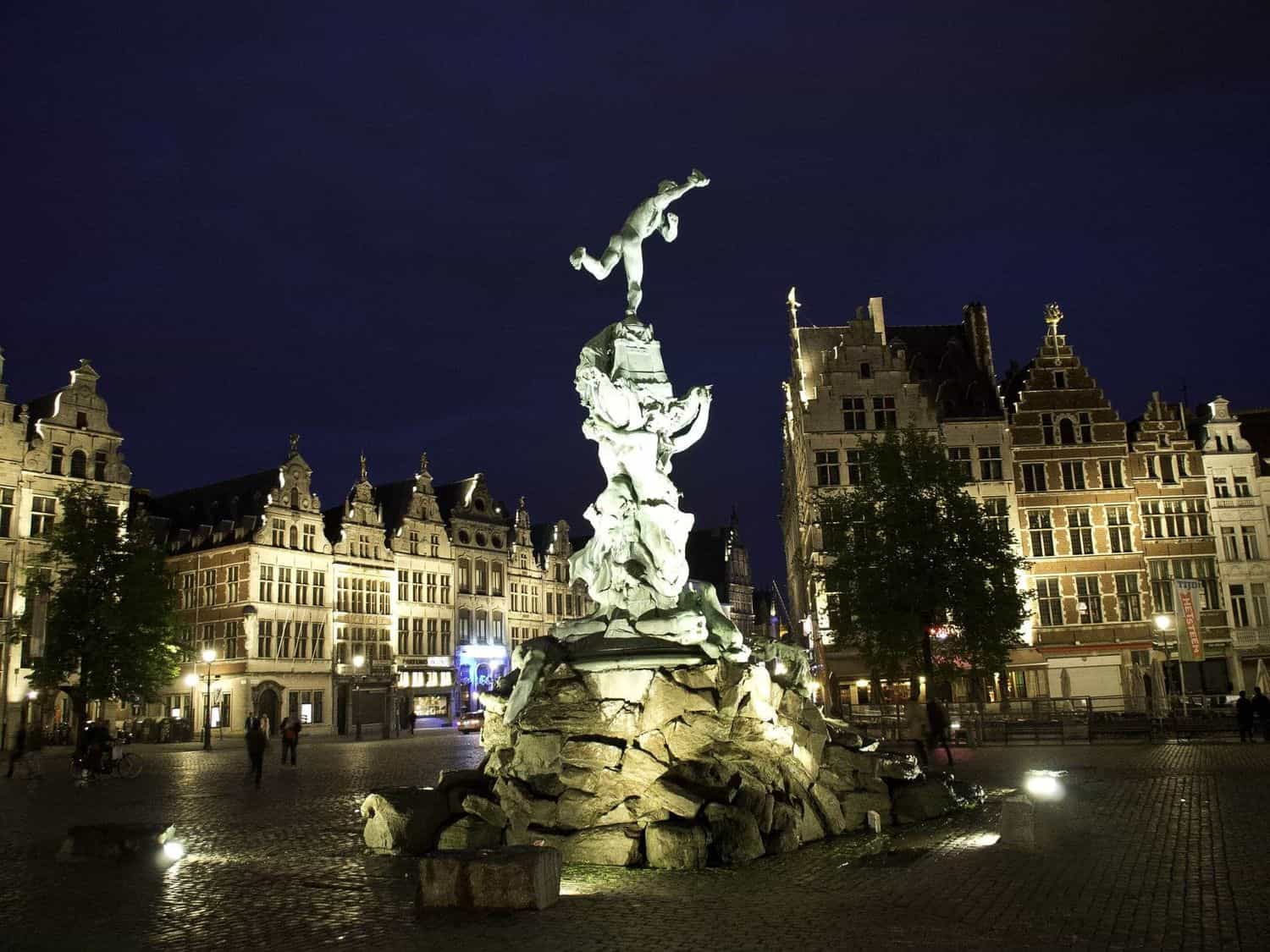 This country may be tiny, but it is incredibly diverse and beautiful. It is a multilingual country with rolling countrysides speaking French, German, and Dutch — all quite different from one another. That means the country’s residents are fairly flexible with their language, though it would certainly be of great benefit to learn at least a little of each. Find out what the primary language is in your intended community and familiarize yourself and your children long before you move.  Schools in each region will speak the local language, and education is compulsory through age 18 with homeschooling closely monitored for efficacy. The public education system is highly regarded, and there are quite a few options for a family just moving to the country — public schools, private (often Catholic) schools, or even private International Schools, so it is important to consider what sort of education your family would like to pursue. If you’re giving birth? Parents are entitled to 17 weeks of leave for the birth of a child, with 11 days of paternal leave as fully paid and the rest at a partial salary. Belgian parents rarely stay home and primarily enroll their child either in a publicly funded or private-run creche or nursery as early as 4 months pregnant to ensure space will be available. Healthcare is publicly funded, with an option to purchase supplementary private insurance.

With a significant coastline and 1,523 Km of navigable inland waterways that run through the mainland, water sports are a big draw for Belgians and sport, in general, is considered an important part of the Belgian lifestyle. Whatever your chosen activity, you’re likely to find plenty of opportunities in your new home country.

If your heirloom furniture and home goods just won’t make the overseas trek, it’s time to look for a good storage facility now — well before you are getting on that plane.