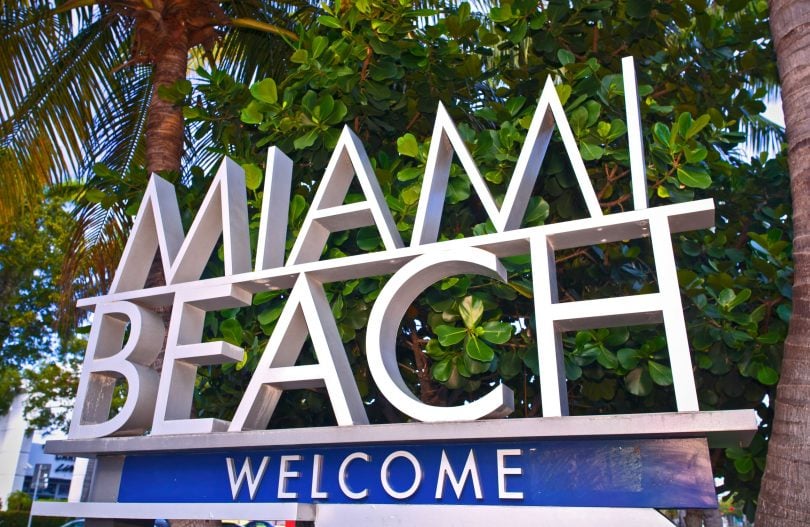 If you’re planning on moving to the white sands and crystal blue waters, you might already be wincing in anticipation of the cost of living in Miami Beach. But you can relax: we’ve broken down the numbers for you and they don’t look that bad! Here is what you need to know to prepare for your relocation to Florida.

Your rent or mortgage will be the one category that you may need to prepare for a price hike. Depending on which Miami Beach neighborhood you choose, a condo can cost anywhere between $250k to $1 million, with prices on the higher end in areas like North Beach. The average cost is $341k — that’s 94% higher than the national average. Rent averages around $1,150, though again, in high-demand areas you’ll pay a premium to be closer to the nightlife and white sand beaches with prices a bit lower if you have to walk a bit. All in all Miami Beach doesn’t really have any “bad” parts of town, and everything is relatively close to the beach.

Per capita, Miami Beach is doing quite well: $43,243 is well above the national average, and the unemployment rate is a low 3.9%.  The median household income across the board is a tiny bit lower than the national average, but as shown by the per capita numbers, the earning potential is certainly there.

If you’re shopping for groceries and cooking for yourself, you’ll find relocating to Miami Beach doesn’t change your food bills a whole lot. Grocery store prices are just a tiny bit above national average, so you can feed yourself well without breaking the bank. A gallon of milk will cost you $2.71, and a pound of potatoes $3.39. Going out to eat and drink, on the other hand, will likely cost you a pretty penny. Plan to spend at least $10 for breakfast along the beach, and finding dinner for under $20 is unlikely. Miami Beach doesn’t have much for fast food spots, so gauge your price expectations based on distance from the waterfront. All that said, can you really beat the quality of life in Miami Beach? A beer by the ocean, breakfast to the sounds of crashing waves…

On the whole, utility costs are less than the national average. Likely that’s in part due to the climate — you won’t need heat in Miami Beach, that’s for sure, and many forego the AC in favor of the ocean breeze. Residents can expect to pay on average $166 per month in electric as opposed to the national $170 per month, and phone lines are fairly inexpensive on the national scale as well.

We think that beach life is really the only healthcare you need, but if you do need to go to the doctor or optometrist, the costs in Miami Beach are lower than the national average — for doctors, the average cost for a visit is $80 rather than $99. Prescription medications will cost you a bit more in this area, as well as dentist visits. So take good care and stay healthy, and you’ll enjoy moving to Miami Beach!

There is very little public transit in Miami Beach except for the South Beach Local bus, so if you’re not interested in primarily being a pedestrian, expect to pay a little above average for gasoline and car maintenance on the island. That said, there really aren’t that many places to drive, so you shouldn’t accumulate that much of a bill… Gas tends to run thirty cents above the national average, so perhaps leave that All Wheel Drive car behind in favor of a smaller, sportier, more efficient vehicle when moving to Miami Beach.