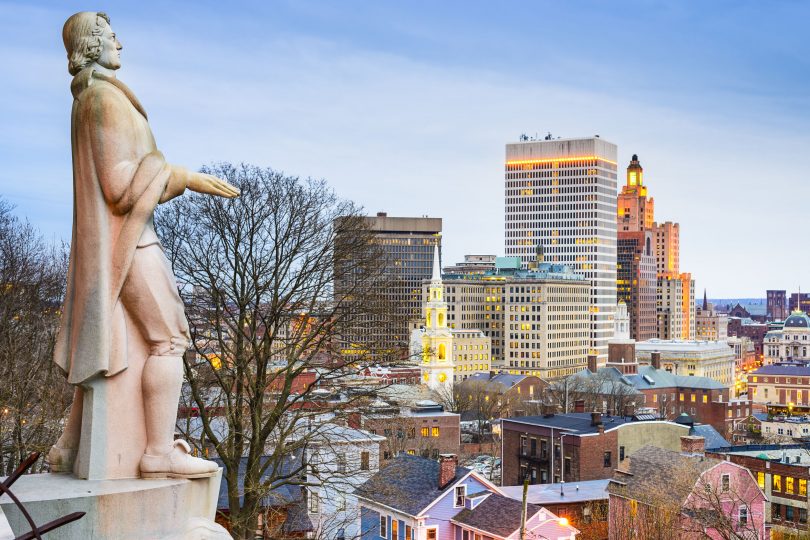 Moving to a new state is a life-changing step. Whether you are planning to move for a new job, to be closer to family members or just for the change in scenery, your new home state’s cost of living is something you need to take into serious consideration. Moving to Providence, RI is a wonderful idea if you’re looking for a great city with lots of career opportunities, entertainment, arts, and culture, but its cost of living isn’t one of the country’s lowest. From monthly utilities to grocery costs, Rhode Island is a pretty pricey place and as the state’s capital and the main center of employment and commerce, Providence is naturally on the costlier side. Here is what you need to know about how much it costs to live Providence, Rhode Island:

Before setting out to make any long distance move you need to figure out how much you should expect to pay for housing in your new town. The good news for people making the move to Providence is that housing prices are more or less in line with the national average, and in some cases even lower. With a median home price of $157,300, significantly lower than the nationwide median price of $200,700. According to Rhode Island Demographics and Statistics, the average cost of a home in Rhode Island is $265,000 and the average household income is $73,782 annually. Average rents according to Numbeo are between $1,235 and $1,616 for a city center apartment, or $1,081 to $1,327, outside the city center.

Here is the lowdown on Rhode Island taxes- they are high. How high? 25.77% higher than the national average. In fact, Rhode Island ranked 48 out of the entire country when it comes to taxes. An average Rhode Islander pays over $8,400 in taxes every year. Naturally, sales tax and property tax make housing less affordable and add to the general cost of living, not to mention the state income tax.

Another factor which affects the overall cost of living in Providence is the state’s high energy costs. In fact, Rhode Island ranks 9th highest in the country for energy expenses. According to WalletHub’s research, Rhode Island residents pay a monthly average of $346 for energy, broken down into an average electric bill of $98, natural gas heating costs of $54, $95 for motor fuel, and $100 for home heating oil. With the New England weather being notoriously unpredictable, many Rhode Island residents find it difficult to plan their energy budget as heating expenses can vary widely and unexpectedly.

You guessed it- feeding your family in RI is a pricey affair. High energy costs naturally affect the price of groceries, which also translates into higher food prices at restaurants and fast food chains. This isn’t very good news especially if you are moving with kids.

With bus fares and monthly passes priced in congruence with the national average, getting around Providence can be very affordable. However, Providence’s public transportation system leaves a lot to be desired, so for many owning a car is a real must. Sadly, that necessity is not as affordable as one may wish. This is due to a number of a reasons: for one, the sales tax on a vehicle in RI is 7%, higher than the national average; maintenance costs are higher as well, with the average annual expenditure at $412; finally, insurance premiums are the second highest in the nation- which add to the total cost of owning a car in Providence.

So there you have it- everything you need to know about Providence, RI before moving there. It may not be the cheapest town to call home, but it is packed with wonderful people, jobs, art, and culture, and you can build a beautiful life there- as long as you mind your budget.