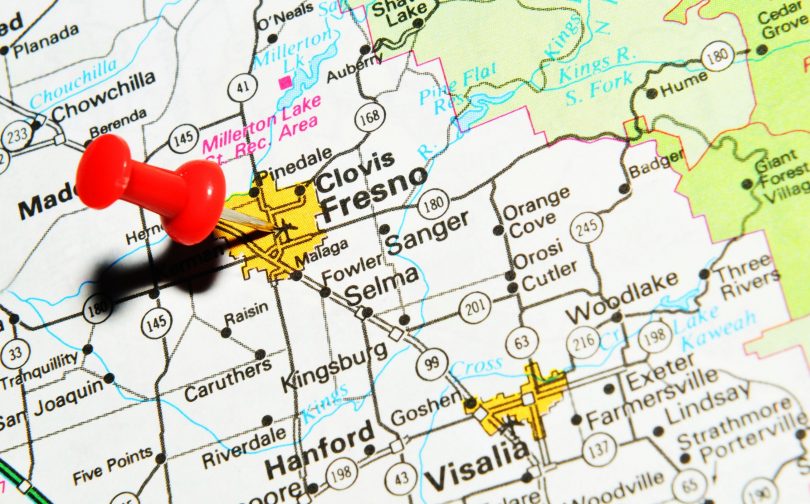 So you’re moving to Fresno! Congratulations, you’re headed for the fertile lands of the San Joaquin Valley, the economic pulse of the state, and a city that gives you easy access to some of California’s most stunning National Parks. How much is that going to cost you? Here’s a breakdown of the cost of living in Fresno so you can do your homework ahead of time and create a moving budget.

The state of California is, on the whole, significantly more expensive than the national average — but Fresno bucks that trend, coming in just below. The average apartment rent can vary widely depending on what part of the city you choose, but the average is just below $900 per month. Consider that you won’t have heating bills, and your utility costs may be a bit more manageable than you think — though, the popularity of air conditioning in the summer months does mean that Fresno’s residents pay about double the national average for utilities each month. To buy a house in Fresno will cost you just slightly less than the national average, around $175,000 for a detached home, though condos and townhomes will cost slightly more. Again, home costs vary greatly depending on whether you’re in the Central part of the city or in the pricier neighborhoods on the outskirts.

Part of the low cost of living in Fresno may be entwined with the slightly lower pay scale. Fresno’s residents make an average of $41,000 per year in household income, which positions individual salaries in the $20-25,000 range. The unemployment rate is also a fair amount higher, at 9% as opposed to the national average of 5.8%. Among homeowners, the average income is substantially higher ($64,250), though still below California — which is actually higher than the national income average. Take this into consideration when you’re planning your move and crafting your budgets. Living in Fresno doesn’t have to break the bank if you’re smart!

Moving to Fresno gets you closer to the national hotbed of farming, but still — the average cost of groceries in Fresno is slightly higher than the national average, but below California’s average cost. Living in the San Joaquin Valley will give you easy access to a lot of local produce, meat, and other foods, but they may cost you slightly more than you were used to in your previous hometown. Restaurants are slightly less expensive than the national average with a mid-range meal for two costing around $42 and an imported pint of cold beer, $4.

On the whole, relocating to Fresno shouldn’t change your basic healthcare expenses much. Costs hover right around national average and below California average (are you sensing a trend here?), which means over-the-counter medications may cost you a bit more than you’re used to, but your typical visit to the doctor will likely cost you less. We’re pretty sure that’s because everyone takes advantage of the abundance of sunshine and just stays healthy, right?

California has some of the strictest regulations on vehicle emissions to keep the quality of life in Fresno and the rest of the state high, so before you move to the city, make sure your vehicle is in good shape to avoid fines or expensive fixes. You also might want to just consider driving less since gasoline is significantly more expensive than the national average, around 45 cents per gallon more expensive in fact. That adds up! A one-month pass on public transit costs just $48, and a one-way ticket is $1.25. Factor in how much you’re saving on parking fees, and you may want to plan to take advantage of the sunny days and bike or walk to your destination.