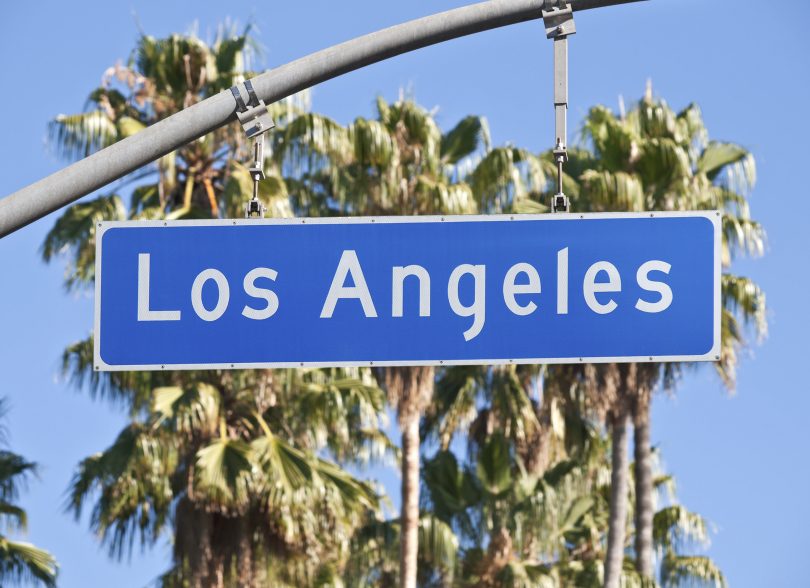 You’ve heard that the West Coast is the best coast, and you’re ready to go put that idiom to the test. Moving to California? Here are the 10 best places to live in the Golden State, with a little something for every taste.

When it’s frigid in Chicago and San Francisco is chilly and grey, LA is the home of balmy weather all year round. Nearly 300 days of out the year, LA residents can step out into the sunshine and weather pleasantly drops only to the 70’s in the “winter”. And with a population of nearly 4 million people in Los Angeles proper, there are lots of beautiful and diverse people doing just that. You can hear nearly 200 languages being spoken on any given day, perhaps when you take in the happening art scene or even on the trails in the massive public lands just outside the city. You will never be at a loss for things to do and see. 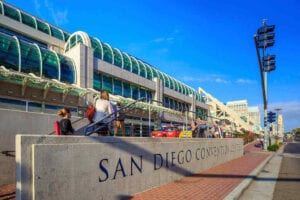 SAN DIEGO, USA – SEPTEMBER 28, 2014: San Diego Convention Center on September 28, 2014 It is located in the Marina district of downtown San Diego near the Gaslamp Quarter.

If you’re a dedicated beach bum, San Diego might be right up your alley. Beaches like La Jolla Cove are waiting for you all year in the mild weather, as temperatures rarely vary from a mild 70 degrees. The suburbs will reach up into the 80’s or even crack 100 during the heat of summer, but you can always count on the coastal areas to cool down. The population of 1.4 million doesn’t count the fairly constant population of visitors, but that’s ok — there’s room for everyone. Green spaces like Balboa Park (which includes the Zoo), Torrey Pines Nature Reserve, and Carlsbad Ranch give residents access to protected natural areas to get outside and play. Fun fact? Every December Balboa Park hosts a festival of lights, where all the museums open their doors for two days of holiday celebration. You’ll find that on this list, San Diego may also be the most affordable place to live- so have a look at some of the best neighborhoods in San Diego! 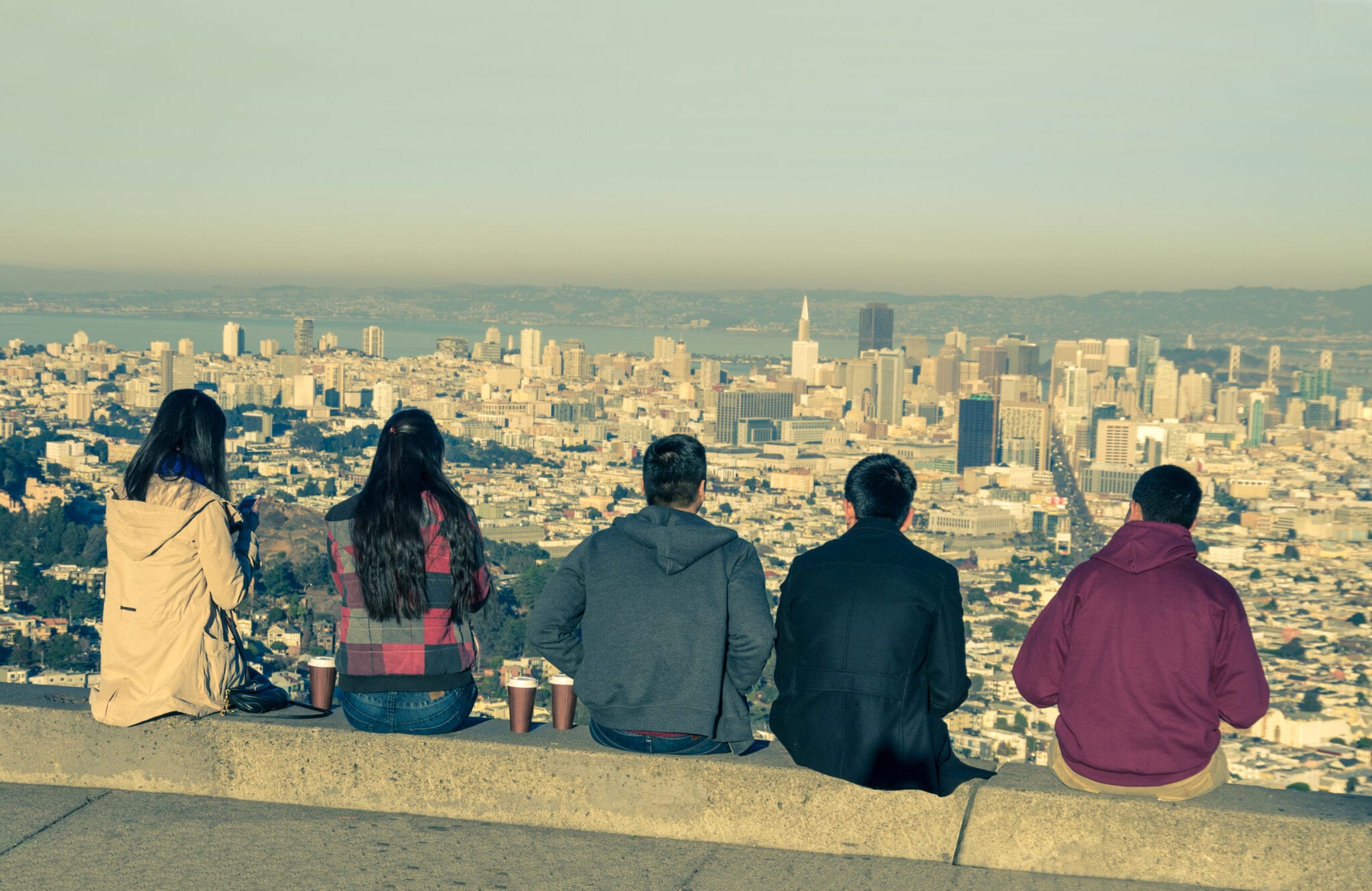 The Golden Gate Bridge, the wild and weird counterculture, the booming tech industry, and mild weather all year? Just under a million people living in San Francisco enjoy it all. Really — just about every hobby and fascination you can imagine has a home in this city, which was the seat of the counterculture revolution in the 60’s and the Gay Rights Movement. If you prefer your suit and tie, join the ranks of highly paid folks in the rapidly expanding tech sector, which attracts young and ambitious workers from around the world. Foodies, beware: you’ll never be able to keep up with your list of restaurants and bars to try. The Bay has an eternally rotating cast of incredible culinary options, including the well-loved Farmer’s Market every Saturday behind the Ferry Building.

This might just be the healthiest city of 92k people you’ve ever lived in — where vegetables, exercising and getting plenty of Vitamin D are just the way of life. There’s also a pretty fantastic view, with the Santa Ynez Mountains as the dramatic backdrop. Mediterranean-style stucco buildings with red-tile roofs in downtown speak to the city’s Spanish roots, and you can truly enjoy a European feel without the flights at the city’s boutiques and tasty restaurants. Home prices certainly reflect the city’s highly desirable lifestyle, but it still may be one of the best places to live in Southern California if you’re seeking the posh life. 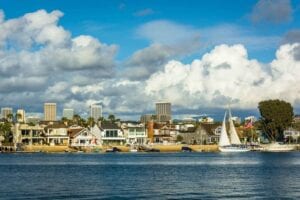 A slightly smaller city of just over 266 thousand residents, Irvine is the perfect destination for those who want the farmer’s markets, culture, and weather of California without quite as much city buzz. Home to the University of California Irvine, there is a large student presence — and that means lots of education opportunities, as well as careers associated with the University. Families can entertain themselves at the Pretend City Children’s Museum, and enjoy the city’s top-notch safety rating. Navigating the city’s 46 “townships”, each individually designed to have a different architectural feel by the city designer, you won’t have to fight traffic; sensors and computers manage the flow of traffic city-wide.

Cyclists, unite: over 9% of 121 thousand Berkeley residents commute to work by bicycle. That’s not that big of a deal, considering how proactive the city is about urban cycling — and how mild the weather is, year round. If you’re feeling ambitious, you can pedal yourself up to the Berkeley Hills, or to Tilden Park to take in the view and, perhaps, ride the 100-year-old antique merry-go-round. Located across the Bay from San Francisco, Berkeley is a good place to look if you need a cheap place to live in the area. Take the BART into the city to make the best of everything that’s within easy travel distance.

Just over 1 million people call this Silicon Valley city home. If you somehow manage to live in San Jose and you don’t become friends with someone who works for Google, Adobe, or Apple, you must really be living under a rock — chances are, you may just end up working for one of the many tech companies that keep this economy booming. The weather is, you guessed it, mild – with a range between an average of 50 and 70 degrees, and around 300 sunny days per year. That will give you plenty of opportunities to sample tacos from all of the incredible food trucks in the city!

If you want the walkability of a lovely California city, the educational opportunities that come with the presence of Stanford University, and streets lined with 100-year-old oak trees, Palo Alto is your place. The name itself means Tall Tree and pays homage to a 110-foot redwood tree within the city. As a result, you’ll find the vibe of Palo Alto accordingly more relaxed than its Bay Area neighbors. A more sprawling suburban feel means plenty of room for bicycling, lots of great restaurants, but not a ton of bustling nightlife. After all, those Stanford students have to study sometimes. 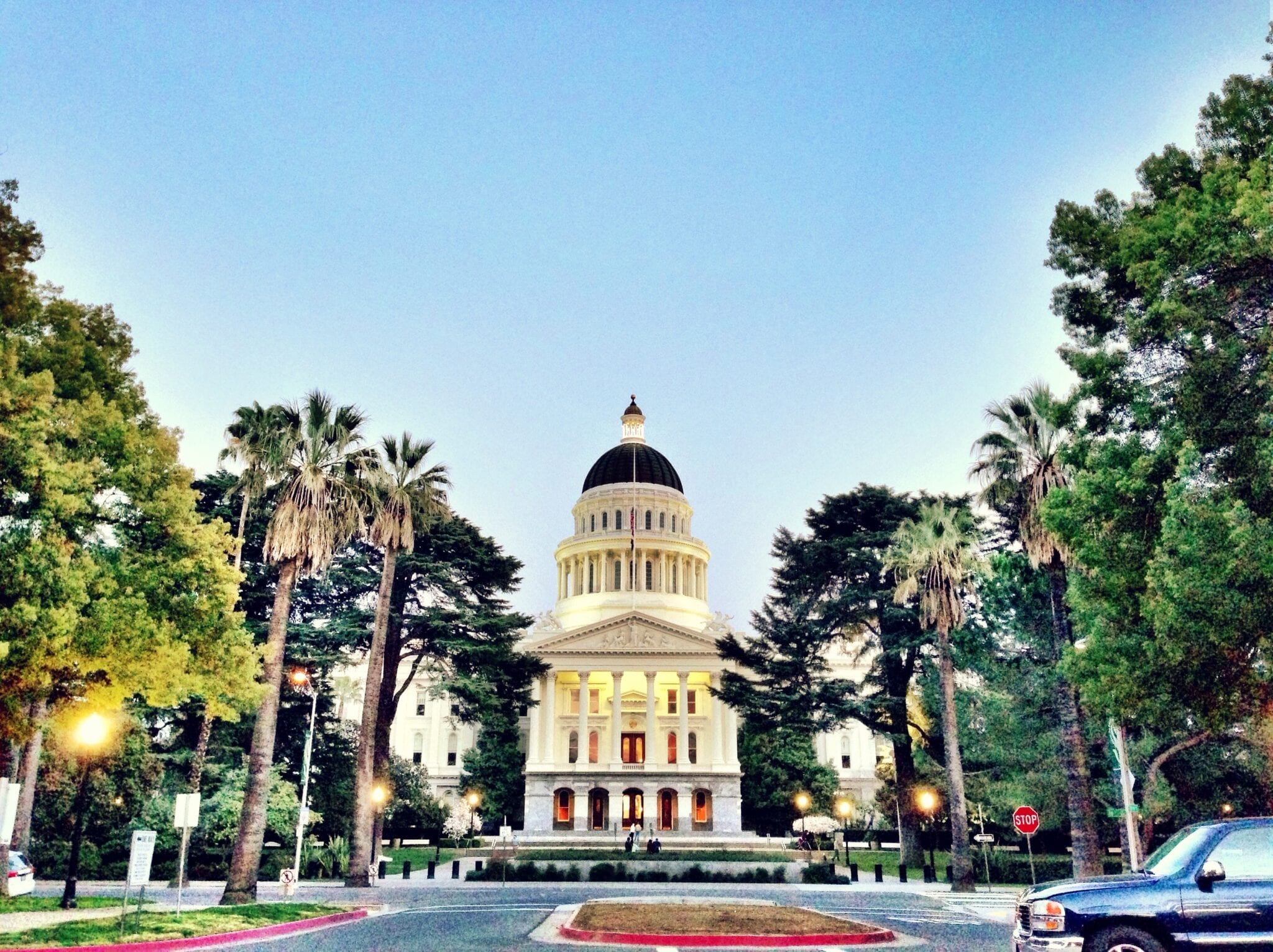 Known to the locals as Sactown, this city of just less than 500 thousand people is know for being incredibly progressive in its clean energy use and environmental consciousness. The city implemented a $100-million dollar energy retrofit fund to upgrade the city’s infrastructure and has plans to continue those investments into the future. The city was named by Time Magazine as America’s most diverse city, that that shows in the city’s variety of dining options, neighborhood aesthetics, and arts and culture. Plus, the city is quite kid-friendly with a host of family activities in Sacramento to keep everyone entertained.

We’ve all seen pictures of people rollerblading down the sidewalks on Santa Monica Beach — it truly is the place to see and be seen. Hollywood comes to shop, to get some sun, and to frequent the classy restaurants of Santa Monica regularly. So a visit to Third Street Promenade may have you brushing by the celebs. Muscle Beach is a sight to be seen, where bodybuilders come to flex in the sun. The cost of living is appropriately high as well, given the high-class lifestyle residents here seek — but so is the average income. The city is quite walkable, again — those 300+ days of sunshine mean being outside is a must.

Ready to set your sights towards brighter and sunnier days? Pack your sunscreen and hire a highly qualified interstate moving company through Unpakt for a guaranteed quote.