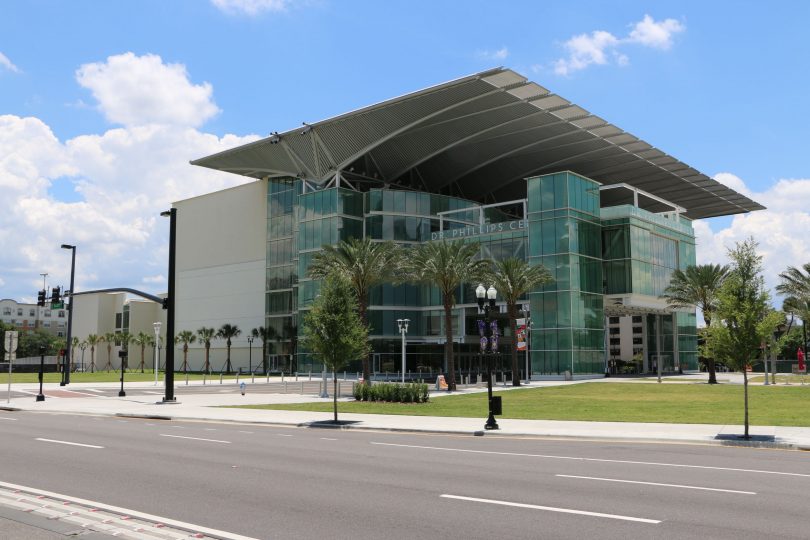 You’ve decided that you’re moving to Orlando. You found your new home, arranged all the details, and now it’s time to get to the important stuff: making sure you fit in with the locals and don’t look like a tourist. There are lots and lots of out-of-town visitors to this area with the draw of the mega-theme parks, so here’s the inside scoop on how to differentiate yourself and become a local.

Get down with Knights at UCF

In addition to being home to Harry Potter World, Orlando is also a big college town. That means as a new resident you should align yourself with the local University, stay abreast of current sporting events, and make sure to root for the proper colors on game days. For extra bonus points, do some tailgating at a football game — or if you prefer the cultural events, take advantage of the many lectures and shows that UCF has to offer.

The Lynx Bus is free, and it goes all over the city. What more could you need to entice you to avoid the traffic? Get familiar with the routes and schedule to make sure you get where you need to go on time, but you can save a good sum of money and tons of frustration by letting someone else deal with traffic and the tourists who don’t know where they’re going.

Don’t squeal, but the algae glows

The Indian River and Mosquito Lagoon are where the algae glows at night, and you can go check it out in a number of ways: take a bioluminescence kayaking tour or just go and take in the view. But locals beware: stay up-to-date on the science of the lagoon. High algae blooms are good for glowing attractions, but bad for fish. So don’t get too excited when the lagoon is really glowing.

If you thought Disney characters were the only popular cartoons around, think again: comic book fans congregate in Orlando at Megacon every year. There are celebrity appearances, costumes and Cosplay, and comics aplenty to excite the most dedicated comic fans out there. Millenials living in Orlando know that Orlando’s Megacon is one of the largest, attracting people from all over and flanked by pre- and after-parties to keep the good times rolling. Whether or not you partake, it’s important to know what’s going on with all the superheroes around town.

Spend some time on the green

Orlando is home to a significant number of golf courses, and chances are good that your new friends will eventually ask you to join them for a round or two. Brush up on your golfing lingo, test out a few clubs (make sure you know your driver from your putter), and be ready to cruise the golf courses of your new home town.

Develop a taste for Butterbeer

Don’t worry – it’s not alcoholic. Instead, it’s the famed favorite drink of Harry Potter himself and has become quite a trend in Orlando. You can get some at Universal Studios of course, but Orlando is more than theme parks — so that’s not the only place! Different establishments have their own recipes and there’s some debate about who has the “correct” methodology, but wherever you get it, it will serve you well to familiarize yourself with this delicacy. If you can call it that.

Get over your fear of bugs

Orlando has a lot of them, so you’ll definitely stand out as a newcomer if you squeak at every spider or crawling thing. The mosquitoes here are extra large, too – the locals call them Gallinippers and they’re about twenty times the size of a normal mosquito. Yes, they bite, but they’re much easier to see than your average mosquito…

Get to know the cuisine

Orlando isn’t all just Disney land-type attractions. The Virginia/Mills (ViMi) District has some exquisite Vietnamese cuisine, or Winter Park has some high-profile attractions for foodies: try the Ravenous Pig for a seasonal gastropub vibe, or head to Little Saigon to taste truly Asian street fare-inspired food at Hawkers Asian Street Fare. With all the restaurants in Orlando, your palate will never be bored here.