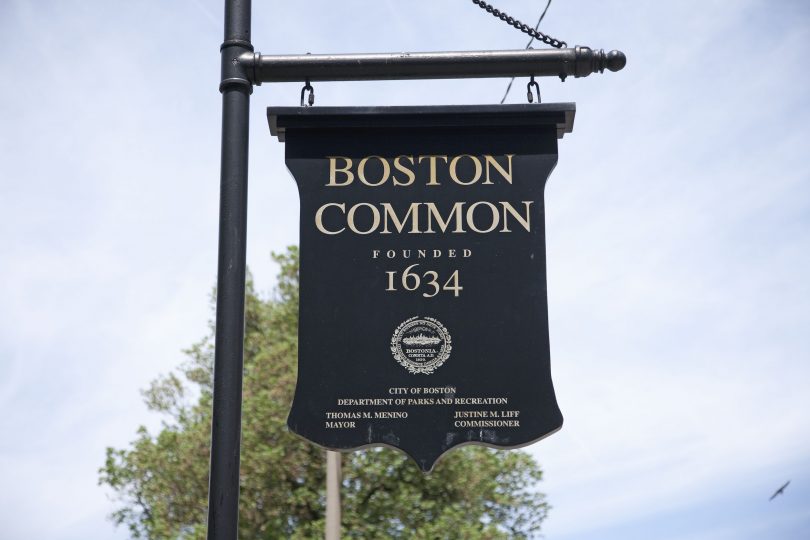 Everyone should move to a new city at least once, right? When it finally comes time to commit and make the trek to Boston, don’t you wish someone would just lay out everything you need to know before moving to Boston and unlock the door to your new home?

We’ve got you covered. Before you get a culture shock in Boston, unlock these secrets of a successful landing.

You’ve probably heard someone toss around the old “pahk the cah in Hahvahd Yahd”. While this is a somewhat accurate representation of this classic accent, Bostonians will tell you that it’s more about getting the correct long, flattened aaa than about dropping the “r”. For proper Boston slangs and accent, rent Good Will Hunting. They’ve got it down pat.

You also might find yourself picking up little Boston-isms: “wicked” may become your new favorite adjective and can be used to describe good, bad, and otherwise.

Home to some of the most elite schools in the nation like Harvard, Berklee College of Music, and MIT, Boston boasts over 30 college and universities – which means a whole lot of opportunities to benefit from all that universities offer the public.

Boston and the surrounding suburbs also house both boarding and day schools for the younger crowd. Milton Academy, The Groton School, and Noble & Greenough School are all within easy distance of the city and have excellent reputations for Ivy League college admissions.

Bostonians are fanatical about sports: The Patriots. The Red Sox (“The Sox” for those in the know). The Bruins. The Celtics. During the height of each season (which, really, means all year long) social time revolves around sports. They’ll certainly be on at the bars, and a Bostonian is not a Bostonian if he or she isn’t up in the standings. Last but not least, a statement of “I don’t have an opinion/favorite team” will be read as… you’re rooting for the opponent.

So get an opinion, learn a bit about each team, and the city will welcome you with open arms.

The bane of the late nighter’s existence, Boston’s T (metro) public transportation closes at 12:30 am, while most bars close at 2 am. Taxis are abundant in the city at these hours, though, to get you home after a night out- so after your first pub crawl takes you halfway across the city, be assured you’ll find your way home.

For the best beer from Boston and local flavor, check out The Sevens on Charles Street for some darts, 60 beers on tap, and a beer-steamed knockwurst.  If you need more selection? The Sunset Grill & Tap in Allston has nearly 400 beers to choose from. And pinkies up at Belly Wine Bar in Kendall Square, where you can nosh on charcuterie with a selection of wines from neighboring Central Bottle.

The Drivers Aren’t As Bad As You Think

Travel in the city is always high intensity, and driving in Boston is no exception. But drivers in Bean Town aren’t as aggressive as you might think, and as soon as you start to understand the chaotic arrangement of one-way streets and on- and off- ramps that wind through the city, you’ll be zipping along just like everybody else.

Everybody Jaywalks (And Nobody Cares)

If you’ve been to New York, you know that to jaywalk means taking your life in your hands. Boston is a little different: here, it’s expected that you’ll disobey the signals. After all, you’re on a mission. And if we all do it, then… we all expect it, too. So keep your eyes open as you drive for jaywalkers and bicyclists alike.

You May Need a Moving Permit

Any street occupation on moving day beyond one usual spot requires a moving permit. Luckily you can now get these online, and avoid the mega-hassle of waiting at City Hall. Just don’t try to move on August 31 or September 1: it’ll be you and thousands of students moving to schools in Boston, with chaos and traffic, because the city no longer approves permits on those dates.

All the Singles are in Boston

Boston is a gem among metropolitan areas because it has an almost even ratio of single men and women, with only slightly more women on the prowl.  Named the best metro city for single men by NerdWallet.com based on walkability, date cost, the number of gyms and bars per capita, and a low unemployment rate, it’s a promising destination for singles of both genders.

All Massachusetts residents receive universal health care through MassHealth. Though that doesn’t matter quite as much with the recent passage of national health care programs in the U.S., MassHealth has been at it for a while- so the system is more streamlined, and the care is excellent.

The Human Rights Campaign gave Boston a score of 100% on their Municipal Equality Index last year. Non-discrimination policies, law enforcement, workplace equality, and municipal services made available to the LGBT community are all top-notch; so if you’re looking for a truly progressive and welcoming city, this one’s top notch.

Bonus: Arlington Cemetery. The Freedom Trail. The U.S.S. Constitution, or “Old Iron Sides”. If you’re a history buff, or even if you aren’t, times gone by are woven throughout even corner of this port city. Bunker Monument provides a visible landmark from many spots in Boston, and the Old North Church is that of historic renown: ringing its bells to alert the city that the British were coming, sending Paul Revere on his historic ride through the cobblestone streets.

It is pretty amazing that in some parts of the country, nobody does brunch. How do these people make it through an entire Sunday without a mimosa? Try some of our favs:

Nearly everyone knows that there is some amazing seafood to be eaten in Boston. If you have ever visited the area, then you know that there is no shortage of exceptional restaurants. Our favs are: