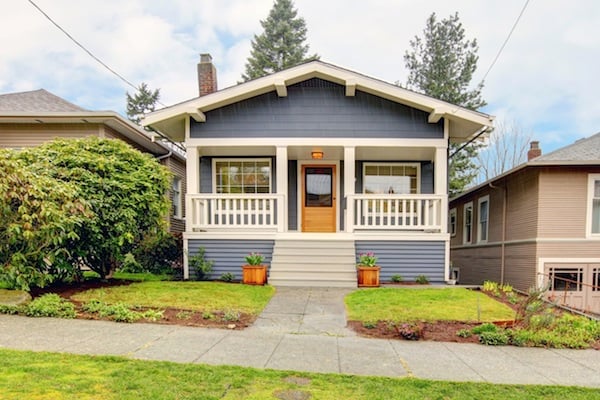 If you’re in the midst of planning a move, you’re not alone. On any given day, thousands of people are moving to a new home all over the country. There are many reasons why people move- some are to do with finances and career changes, others with personal relationships and changes to the family unit. Check out some of the most common reasons why people move to a new home.

Homeownership is s dream for many, and one of the top reasons to move. Once the search for a home of their own is completed, people move out of their last rental property in hopes of a brighter future as homeowners.

Many house moves are the result of changes to one’s relationship status, primarily getting married or divorced, moving in with a significant other or separating from one.

It’s pretty common to relocate for a new job in another city or state, but landing a new job isn’t the only career-related reason on this list. Long commutes and heavy traffic mean more and more people are looking to move closer to their place of work.

Sometimes, you just need a change. Moving to a new town or a new state is a way for many to shake the dust off of their mundane existence and spice up an uneventful life. Starting fresh in a different place allows one to make new friends, pick up new hobbies, explore new career paths and meet new romantic partners- sometimes a new beginning is just what the doctor ordered.

When faced with financial difficulties, some people have no choice but to move. But even if the financial situation hasn’t escalated to that point just yet, people often move to a smaller home in a cheaper area to save more money or be able to pay their bills more easily. Lower taxes and overall cheaper cost of living is actually one of the reasons people move to another state.

As people age, their needs change and they desire to be closer to their family, like elderly parents or growing grandchildren. Older people also commonly move from a two-story to a single-story home for safety reasons or move to a smaller home that doesn’t require as much maintenance. Proximity to medical facilities and better weather are also some of the reasons why older people might consider a change of location.

There are many reasons why people choose to move to a smaller home. Household needs often times change when kids start college or move out. Often people downsize their home because they realize they just don’t need the extra space they once thought they did. Either way, moving to a smaller home is more common than you think and makes a major difference in electricity and maintenance costs.

8. Upgrading to a larger home

When children come along, or when they’re old enough to need a room of their own, many families move into bigger homes that will fit them better. In today’s consumer culture, many families find their old homes simply aren’t big enough anymore, regardless of the number and ages of children in the household. Garages are bursting with items bought on sale and bedroom closets are so packed with clothes they can’t even fit another pair of underwear in them. This is the time when many search for a more spacious house.

9. Upgrading to a better home

Upgrading to a bigger, better, newer home is often a way of rewarding oneself for years of hard work and wise fiscal behavior. Once one is finally able to afford it, they move into the home they had been fantasizing about and start living the dream.

A good reason to move is when one finds oneself in an uncomfortable situation with their neighbors. Sometimes a good fence, as the old adage goes, just isn’t enough. From fighting over the volume of music played at either home to suspect each other of secretly running a meth lab out of the basement, bad neighborly relations are one good reason to move and be done with each other.

School districts are one of every family’s main considerations when choosing where to live. Often as children grow and reach school age, parents find that the funky neighborhood they chose as fun-loving newlyweds just don’t cut it in terms of education choices. Moving to a better school district is many parents’ way of saying ‘We love you’ to their kids.

Moving overseas is often due to a lucrative job offer in another country, but could also be a decision motivated by a desire to explore other parts of the world and expand one’s horizons. While learning a new language and immersing oneself in a completely different culture may sound like a thrill, the everyday reality of living abroad can be less than exotic. It is nonetheless a very good reason to move, for the adventurous at heart.

So what’s your reason for moving to another home? No matter the reason let Unpakt help you take control of your move by finding insured, reliable movers you can trust.