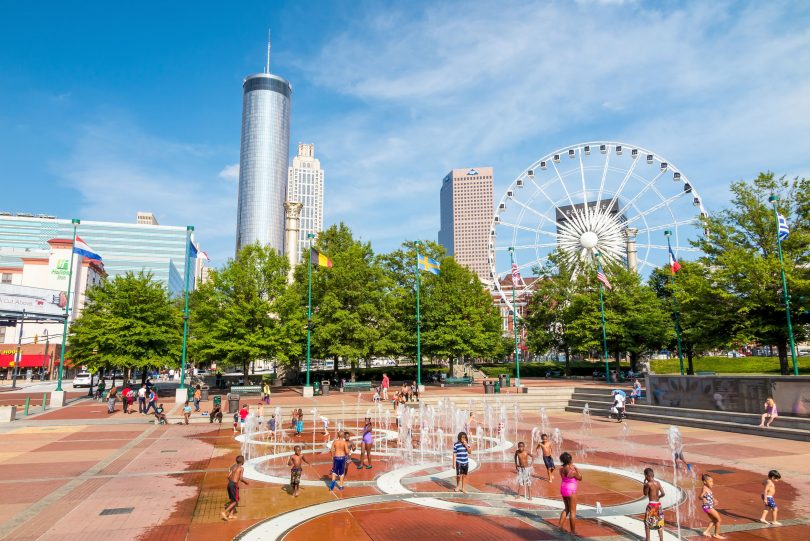 Moving to Atlanta seems to be a high priority on the list of many people these days. Considering the city’s economy ranks 6th in the nation and 15th in the world, it is easy to understand what the attraction is. There is a ton of opportunity here. Add in the rolling hills, rich culture, and a tremendous amount of things to do and see and you pretty much have a city perfect for anyone. Plus, there are diverse neighborhoods, so whether you are graduating college and looking for an affordable studio apartment you can afford on an entry level salary, or if a home with million dollar views is more up your alley, you will not have a hard time finding your perfect home and ideal neighborhood here.

As of 2010, the population of Atlanta was 550,003 residents. However, it is the core city of America’s 9th most populated metropolitan area, increasing the overall population to more than 5.6-million. Add the fact that 35-million tourists visit every year and you understand why it feels like such a bustling metropolis, especially on the weekends. Folks come from across the country to visit the childhood home of Martin Luther King Jr., Georgia Aquarium, World of Coca-Cola, Kendeda Canopy Walk, and Zoo Atlanta.

The median salary is a little over $47,000, with the median family income being just under $60,000. The race, ethnicity, and foreign-born composite are approximately:

The city also has the third highest LGBT population, ranking only behind San Francisco and Seattle. Approximately 12.8 percent of the population recognize themselves as being gay, lesbian, or bisexual.

As of October 2013, there were a little over 50,000 houses and condominiums listed for sale. The median home price was $189,000, which is an 8 percent increase in only a year. This is a true testament to the positive growth the city has experienced. Now, you just need to figure out which neighborhood to move to.

If you have a generous salary or you have simply made some smart investments then you will want to check out the city’s most affluent neighborhoods.

Like other major cities, you have to keep in mind that the cheapest neighborhood is generally not going to be the safest place to live. Can you find some safe streets and apartment complexes? Absolutely! However, you may also want to consider getting a roommate and moving to one of the nicer areas. If you absolutely need the cheapest housing though, you will find it in West End, Clayton County, West End, Bankhead, Jonesboro, and Little East Point. As a rule, avoid any housing on Stewart Ave, also called Metropolitan Parkway. There is also an area referred to as the “Bluff” you want to stay away from. This area is west of Northside Drive and bordered by Simpson Street and Bankhead Highway, you do not want to go to the Bluff unless you want to feel like you just walked onto the set of “The Walking Dead.” Creepy narrow streets abandoned houses, and heroin is about all you’ll find here.

Capital View was once considered a place to avoid but has really cleaned up in recent years. You can get a really good deal on homes. If you are looking for a newer neighborhood that is growing fast, check out Ben Hill. East Lake Terrace has a lot of expensive housing, but you can find listings for around $175,000. Ironman Park, Cabbagetown, and really just about any place in northeast Atlanta will offer reasonably priced homes in friendly neighborhoods.

If you are looking for a neighborhood with a strong sense of community, Atlanta has quite a few to offer. These are areas where your kids will have plenty of neighborhood friends to play with. East Atlanta is hip, diverse, friendly, and considered the city’s best-kept secrets. Kirkwood is saturated with parks, restaurants, and stores all within walking distance, and both Grant Park and Oakhurst tie for third place with their strong neighborhood associations. Last, but certainly not least, Medlock Park is full of outgoing residents who all seem to know one another. It features brick ranch homes, a large park with ball fields, and trails for walking and bicycling.