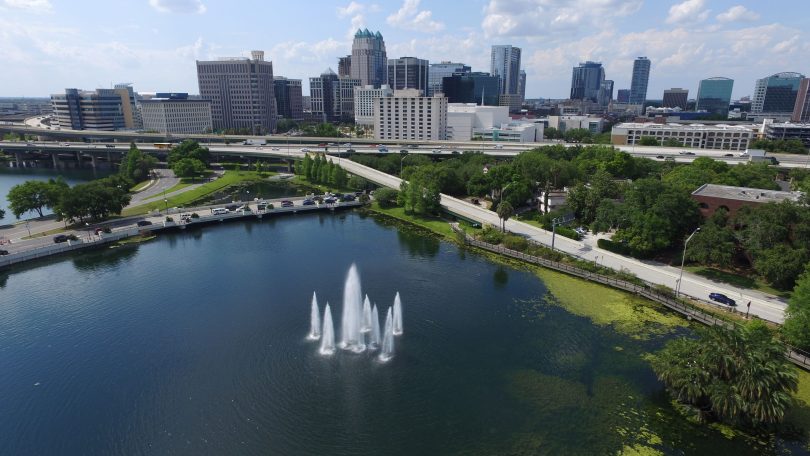 Orlando! In Florida, it’s every child’s fantasy destination, the home of Mickey Mouse, and now, it just might become your new hometown too. There are a few questions to ask before you up and move to live in Orlando, so we’ve gathered the important data below to make budgeting for your move a little easier.

If you’re looking to buy a house in Orlando, you’re in luck: generally, housing prices are slightly below national average with the average around $158,000. Mortgage prices aren’t bad either, with the average monthly payment a little over $1,000. Rent prices, on the other hand, are a bit above average, just under $1,000 — more expensive parts of the city, closer to $1,600. Take home message? If you’re planning on relocating to this lovely, sunshine city of the south, do your research into buying a home. It makes for a better investment in the long run!

Jobs, Income, and Such

If you’re in the tourist industry, there is never a shortage of work in Orlando. Disney employed just around 1 million people in 2011, and there are many, many golf courses, restaurants, and other attractions in the area that keep Orlando residents employed year-round. The Kennedy Center is one of those attractions, so if NASA is your dream job set your sights there. Along the lines of income, Orlando residents are a bit below national average with a median household income of $41,900 – that’s about 22% lower than the national average. But maybe all that sunshine makes up for it?

Orlando’s year-round warmth and the sunshine make it a great place to garden, and you might want to — general grocery prices in Orlando are a bit above national average, and the sales tax is about 18% higher than the national average. When it comes to eating out you can find a wide range of restaurants and price ranges catering to both locals and tourists — the presence of which ensures you’ll have the opportunity to taste some creative and exquisite cuisine if that’s your style! Restaurants located in and around resorts are guaranteed to be on the pricier side, so expect to pay $20 and up for a meal in those areas.

Let’s hope that you’re excited about the quality of life in Orlando, including the hot weather — because there’s definitely plenty of it. Electric bills tend to be a bit higher than the national average as a result, and you can expect to pay around $200 per month when all is said and done. Maybe that’s one of your top reasons to move to Orlando!

Good healthcare is quite affordable in Orlando: doctors and optometrists both will cost you less than the national average, around $90 or less for a visit. The prescriptions that they give you may be a bit pricier at the pharmacy, but the savings on each appointment just might make up the difference.

The city does have a public transit system called The Lynx, the signs for which are all in pink. A single ride costs $2, and a monthly pass is $50 — so if you decide to move anywhere near the prime tourist attractions or it’s a game day at the University, you may consider using public transit to cut your time in traffic. Otherwise, gasoline prices in Orlando are a tiny bit higher than the national average, and your typical taxi trip is around $14 for 5 miles.

Now that you have a clear understanding of the cost of living in Orlando, it’s time to plan out some fun activities and adventures for your arrival! We’ve listed out some of the best activities in Orlando on our blog — other than the theme parks, of course.