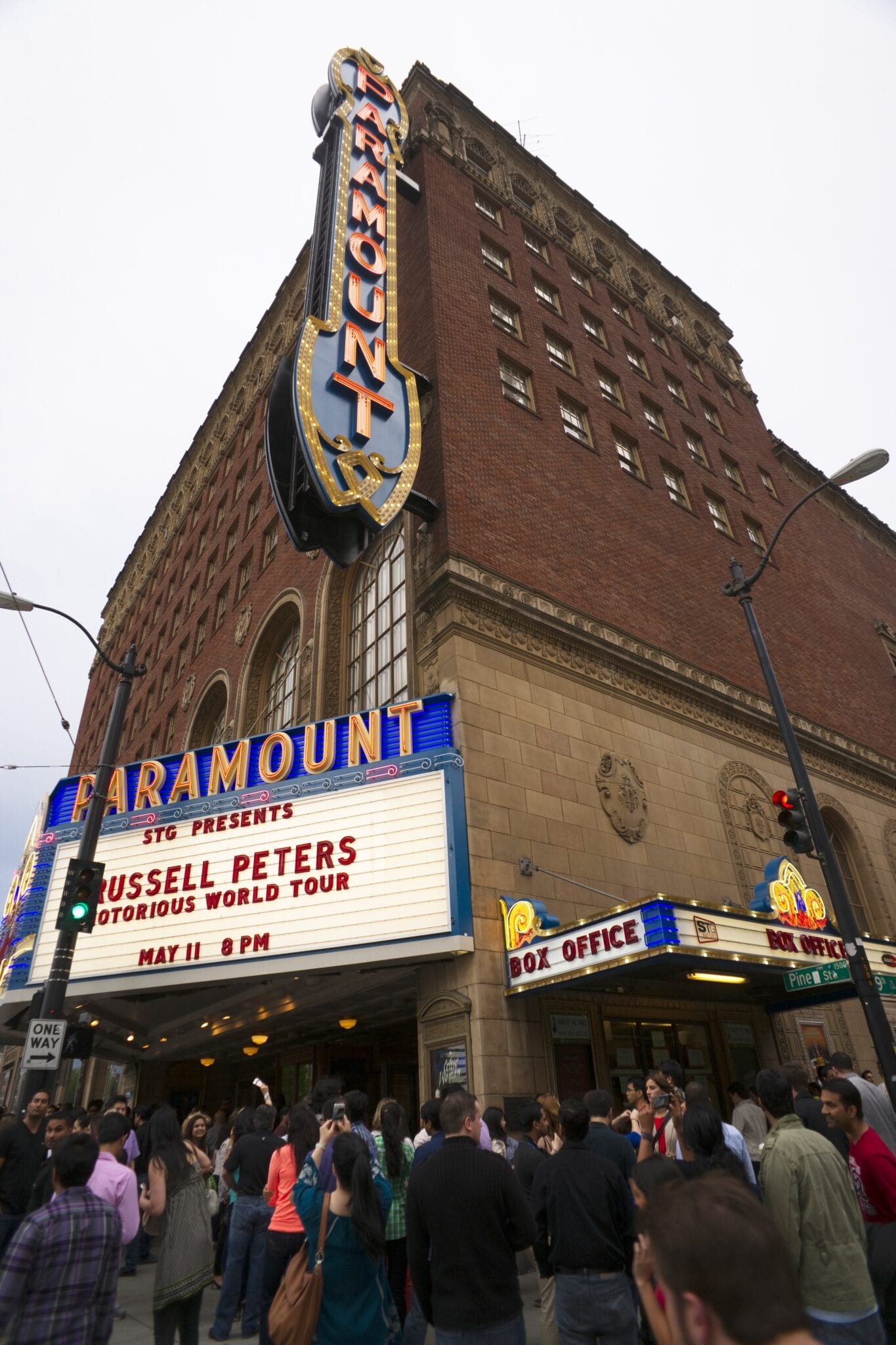 For many years, Seattle has been known as a regional center for performing arts. In fact, the city has nearly 100 theatrical production companies and more than 2 dozen live theater venues. After New York City, Seattle has the most Equity theaters affiliated with the Actors’ Equity Association. In addition to the orchestra, ballet, and other elegant performances, Seattle is the home of grunge music, as Pearl Jam, Nirvana, Alice in Chains, and Soundgarden all have roots here.

Below are a few of the best places to catch a live performance in Seattle.

This theater is so old it should be a landmark by now. However, that certainly does not mean it’s run down. It is just as beautiful as it was back in 1928. At that time, the Seattle times described it as a magnificent theater with indescribable beauty; many people today still agree. The venue is huge and offers everything from singers and bands to comedians to musicals.

This stunning old venue opened its doors in 1926 and is now owned by the University of Washington. The first time you step inside your jaw will drop. You can quickly tell that historic Chinese wooden temples were the inspiration behind the design. The seats are a little tight and the lobby can get congested, but layout and acoustics are great. Best advice is to arrive early. Your eyes will want to drink in every inch of the ornate walls and ceiling. After all, where else will you ever go and see a huge dragon dangling the ceiling chandelier by his teeth?

This venue is known for being the best place to enjoy a symphony. There really is not a bad seat in this venue, and the acoustics are exceptional. During intermission, you can even buy wine and dessert. Many people compare Benaroya to New York City’s Carnegie Hall; it is a prestigious venue that only the most gifted can take the stage at.

It does not matter if you are seated in the upper or lower level, you will feel as though you have the best seat in the house. The theater has about a 900-person capacity, making it perfect for small concerts or comedians. The bar does get packed, but that is to be expected. It is also in a good location because there are a ton of restaurants and bars in a five-block radius to stop at before or after the show.

The ballet performances here range from contemporary to purely artistic, offering no plot. Must-see performances include Swan Lake, the Nutcracker, and Romeo & Juliet. You really can’t live in Seattle without enjoying the ballet periodically. The Pacific Northwest Ballet is considered to be every bit as phenomenal as the New York City Ballet.

First of all, if you plan on taking in a show here, expect to spend some serious money. The main event is a combination of dinner theater, circus, and magic rolled into one, but you are rarely going to find tickets for less than $128. This doesn’t include parking, tips, and cocktails either. That being said, this is a show and venue everyone should experience at least once. Everything is exceptional. From the five-course meal to the trapeze acts to the fantastic service.