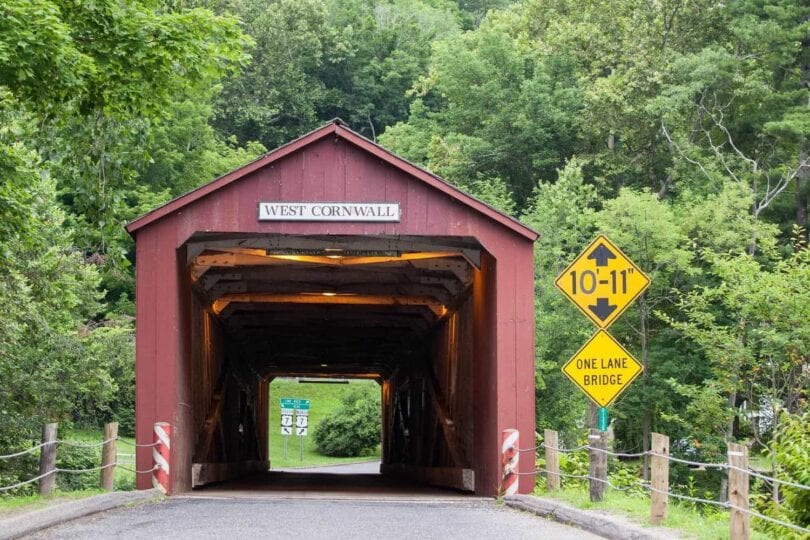 Your Connecticut movers may not be able to fill you in on everything there is to do in The Secret Corner, but they should at least be able to tell you how to get there. After all, this is where you go when you want a chance at pulling up a seat in a café at a table next to celebrities and famous artists.

What is the Secret Corner?

The Secret Corner is basically made up of quaint little towns that are surrounded by lush forests with hiking trails and crystal clear lakes, as well as an abundance of farms that never have a shortage of fresh and organic foods for sale.

This is not an overly touristy area, but those that do visit often describe it as a magical place. If you have been to New York and spotted someone famous, you have likely witnessed plenty of paparazzi and fans hanging around. Well, in The Secret Corner, everyone sort of comes together as equals. The local farmer is just as important as Meryl Streep, who happens to live here.

The communities are amazing, there is a ton of things to do and there is beautiful scenery everywhere you look. In fact, if you are planning a move to Connecticut, but haven’t settled on a location yet, you may want to give one of these unspoiled towns a closer look.

Canaan borders Massachusetts, with a population of just over 1,000 residents. It is mostly known for housing the Canaan Railroad Station, as this is where the east and west tracks connects Poughkeepsie, New York and Hartford, Connecticut. Established in 1872, it is the oldest still functioning railroad station in America. Here you will find the Land of Nod Vineyard and Winery, family-owned dairy farms and a couple of golf courses, including Canaan Country Club, known for its fast greens and tree-lined fairways.

The people of Cornwall typically spend as much time as they can on the slopes at Mohawk Mountain Ski Area, which features seven lifts and 25 trails. There is a reason why poet Mark Van Doren was inspired to write “The Hills of Little Cornwall!” Here you will find Mohawk State Park and the Housatonic River, a popular body for canoeing, kayaking and fly fishing. Other popular attractions include the West Cornwall Covered Bridge and Cathedral Pines, a gorgeous 42-acre nature conservatory made up of old growth forest.

There is a lot to love about this diverse little area that spans over only 70 acres. Some people love it here simply because they can take advantage of the Appalachian Trail any time that they want while others enjoy seeing everyone they known at Toymakers Café. Despite how quiet Falls Village is, if you live here, you will welcome a ton of tourists during the annual Music Mountain Chamber Music Festival, an event you will certainly want to take part of.

Incorporated in 1739, the Town of Goshen is a special little place, primarily known for the Connecticut Agricultural Fair that arrives every July. Like Falls Creek, you can also access the Appalachian Trail here as well as Mohawk State Forest. There is also an intriguing country zoo here that is home to plenty of exotic animals, including reindeer and yak.

Shopping and camping are the main reasons people come to visit Kent, but there is clearly something captivating about the town aside from this as it is or has been home to Oscar de la Renta, Peter Gallagher, Brendan Fraser, Ted Danson, Seth MacFarlane, Clinton Kelly and several other well-known names. If  you are a nature lover, you will want to spend your time at both Macedonia Brook State Park and Kent Falls State Park, of if you enjoy shopping, you will find plenty of antique shops, art galleries, and even chocolatiers.

The intriguing Lakeville Historic District is featured on the National Register of Historic Places. The 10-acre district offers Bicentennial Park, Furnace Park, a mill pond and 22 buildings, which includes nine barns. Other main attractions in Lakeville include Hotchkiss School and Lime Rock Park.

Norfolk is often called the “Icebox of Connecticut” as temperatures are traditional cooler here year-round due to it being perched at 1,230 feet above sea level. A lot of New Yorkers like to hang out here on the weekends as it is an artistic area, mostly due to Infinity Hall, Yale School of Music and the Chamber Music Festival.

Salisbury is by far one of the most picturesque areas in all of Connecticut. The 2,316-foot peak of Bear Mountain is here as well as historic homes, Lime Rock Park and the Appalachian Trail. There are also six lakes and ponds to enjoy and plenty of things to do. This community loves to gather for events and celebrations, a fact made obvious if you ever visit during October’s Fall Festival or the Memorial Day Parade.

Even if your Connecticut movers are not familiar with the other eight communities, they likely know a thing or two about Sharon. The Mattabesec Indians first named the area Poconnuck, but by 1739, the area became incorporated as the Plain of Sharon. Notable residents and natives include Michael J. Fox, Kevin Bacon, Kyra Sedgwick, Sam Posey, Yancy Butler, and many more.

Sharon is drenched with stunning estates and it features a summer theater, a stone library, plenty of hiking trails and an orchard where you can pick your own apples, strawberries, and pumpkins. There is even a ginormous Christmas tree that gives the one at Rockefeller Center a run for its money!