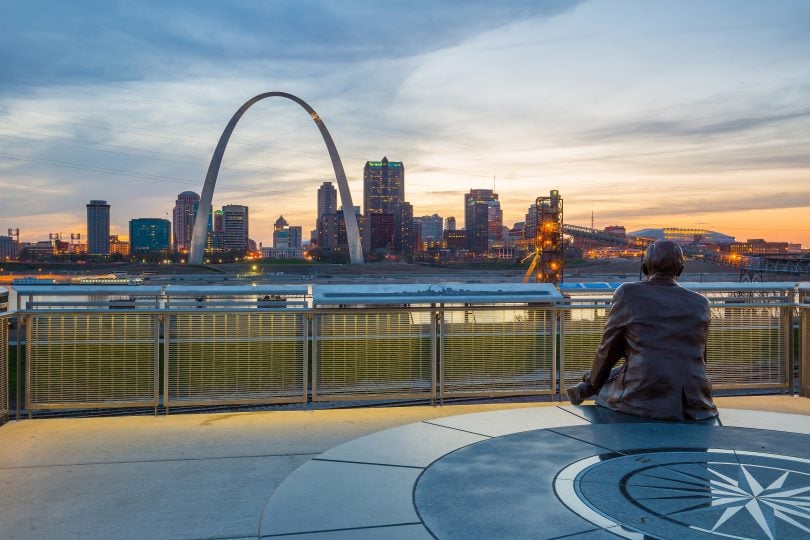 1. Roads can be confusing

Roads in St. Louis often have more than one name and are notoriously difficult to navigate, even when using Waze or GPS. Sometimes you’ll be driving on one road and without warning (or turning) you’ll be on a road of a different name. (For example, Interstate 64 is known as “40” to locals. Don’t ask why, just accept it!)

2. St. Louis is both a city and a county

Sure, there are 4 general seasons in St. Louis, MO, but the weather is also known for changing drastically from day-to-day. Which means it’s always a good idea to keep an extra blanket in the car for the times when the temperature drops from 50° to 20° in the span of 24 hours.

Baseball isn’t just a game; it’s a passion. So if you’re not rooting for the St. Louis Cardinals, you better do it quietly, because Cards fans will not take it lying down. Same goes for hockey — if you’re not a Blues fan, soon you will be!

5. People will ask where you went to high school

High school is a big deal in St. Louis, for some reason, which is probably what gives it the feeling of a small town despite its population of 300,000+ residents. If you’ve just moved to St. Louis and therefore didn’t go to high school there, quickly start talking baseball; you’ll win friends over in no time.

6. St. Louis has its own pizza style

St. Louis pizza is super-thin, cut into squares, and topped with Provel cheese as opposed to the typical mozzarella. When in St. Louis, never comment that New York-style pizza is better; it’s akin to being a Cubs fan!

7. The cost of living is low

Now that you’re prepared for your move to St. Louis, all that’s left is to find the best moving companies to get you there. Once you’ve moved, pop open an Anheuser-Busch and enjoy the Cardinals game.