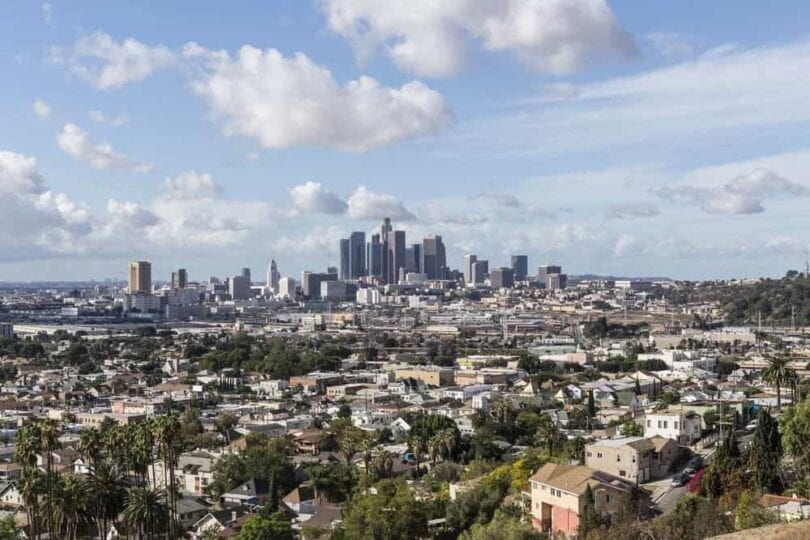 Los Angeles is a sprawling city comprised of countless micro-communities, each with its own vibe and identity. Choosing the right LA neighborhood to move into is a big decision, as your address is often taken in LA to represent not only where you live but also, in a sense, who you are.

Rent prices in LA are steep. Not NYC-steep (yet) but still rather high. As in every metropolis, proximity to main points of interest translates into rent dollars. Other considerations also include the quality of schools in the area, activities and neighborhood events, the restaurant scene, coffee shops, and entertainment venues. If you already have some friends in LA, it might be wise to look for an apartment that will allow you to see them often. While neighborhoods may seem close to each other on the map, in reality, they might as well be continents apart.

Here are a few of LA’s hippest and coolest neighborhoods to consider when starting your research:

An affluent neighborhood with walkable streets, a sizeable park, and a name to match its happy vibe, Los Feliz is ripe with restaurants, cafes, nightlife hubs, and shops. It is a pricey area, but it offers much in return. In Los Feliz you can get a real razor shave to the sounds of Duke Ellington at Sweeney Todd’s, eat at a French bistro that’s actually from France (Figaro– brought over in pieces from Paris and reassembled on Vermont Avenue), and enjoy music events in one of the best outdoor venues in the state – the famous Greek Theatre – among many other things.

A fresh mix of hip young singles, families, and artists lives in Silver Lake, one of LA’s most charming neighborhoods. The Silver Lake Reservoir serves as the neighborhood’s focal point and hosts its joggers and bikers. Sunset Boulevard is the main artery, with its shops, restaurants, and cafes, but Hyperion Avenue and Silver Lake Boulevard are also fantastic commercial strips. Here, you can taste one of the world’s best pizzas, fill your fridge with fresh local produce (and much more) from the farmers’ market, and come together in the summer with your neighbors to watch the Silver Lake Picture Show – a traditional outdoor movie screening in Silver Lake Triangle Park.

Though centrally located, Mid-Wilshire is considered to be more on the affordable side. Commonly referred to as Midtown, it is, in fact, a cluster of smaller communities, each with its own vibe and character, like Little Ethiopia and Miracle Mile. Mid-Wilshire boasts numerous museums and public works of art as well as restaurants, cafes, shops, and galleries catering to the area’s highly diverse population. The nightlife scene, though, is pretty laid back, so don’t expect too much action after dark. Visit the neighborhood’s Los Angeles County Museum of Art for a comprehensive collection of art and antiquities spanning history and geography. If you’re into wellness and nutrition, you will probably become a regular at Powerplant Super Food Cafe where they serve great gluten free, organic, produce-based food, with an abundance of vegan and vegetarian choices.

A few miles from the waterfront, Mar Vista is the kind of neighborhood that has a small town feel and a real sense of community. Its broad streets are lined with trees, and its residents seem to care not only about each other but also the environment. Much to its dwellers’ pride, the community has won numerous awards for its eco-friendly efforts. As implied by its name, Mar Vista’s proximity to the ocean lends beautiful views to some of its homes, yet it is still regarded as reasonably affordable. This isn’t the neighborhood you want to be in if you’re looking for late night adventures or daily shopping sprees, but it is perfect for families looking for relaxed surroundings and good schools. Don’t miss its farmers’ market and Time Travel Mart, a store selling time-travel related curiosities, which is actually a front for 826LA, a non-profit devoted to creative writing lessons for kids.

This neighborhood is a rising star in LA’s rental market. Rents are on the rise but still cheap enough to lure artists and musicians from costly Silver Lake and Echo Park, making for a fun and artistic vibe that is also friendly and neighborly. Highland Park’s main strips, York Boulevard, and Figueroa are home to high-end cafes, galleries, and vintage shops, as well as taco trucks and dive bars. Huarache Azteca is a neighborhood staple, serving authentic and delicious Mexican food, and the Greyhound Bar & Grill is a quintessential neighborhood pub serving craft beers and offering a creative food menu.

The Valley is famous for being 10 degrees hotter than the rest of the city, but it makes up for the weather with cheaper rents. Well-known parts of the valley include Burbank, Studio City, North Hollywood, and Van Nuys. If your budget is tight and you can take the heat, the Valley could be the place for you.

Where do you imagine yourself living in LA? Click here for the most recommended moving companies in Los Angeles to help you with your move!