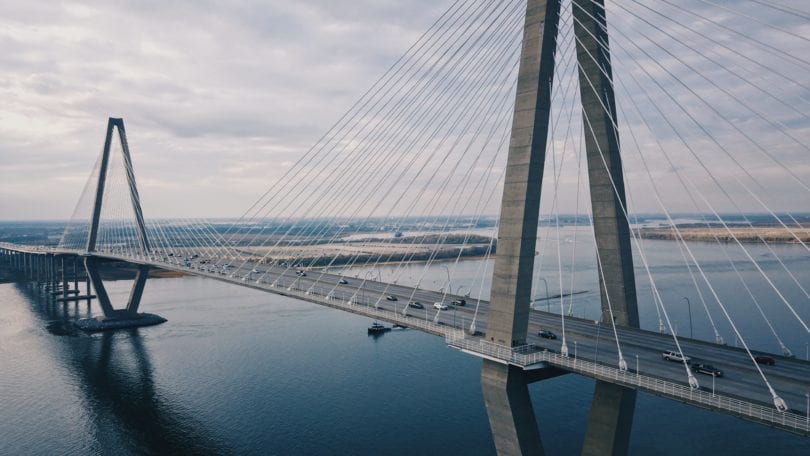 South Carolina’s largest city marries southern charm with modern vibes. Charleston is one of the country’s most historic sites, but there’s more than 17th-century architecture and sites of battlegrounds to interest visitors to this city. Read on for some interesting facts that you may not have known about Charleston, SC.

In 1743, the first shipment of golf equipment to the United States arrived in Charleston. Sent from Scotland, it contained 432 golf balls and 96 clubs. The first golf club in the country – the South Carolina Golf Club – was opened in 1786 on the Harleston Green peninsula. The holes were hard to spot, and players yelled “fore!” in order to forewarn others of their impending shot. The balls were called “featheries” because they were stitched hide stuffed with boiled feathers.

One of the oldest markets in the country is located here: the Charleston City Market. Established in 1804, the market still stands today. Originally, it was an open-air space full of produce, meat, and fish vendors, and was known for the flocks of buzzards who made themselves at home here – so much so, that they would frequently swoop down to feast on food scraps. The locals began to affectionately refer to the buzzards as “Charleston Eagles”. Today, the market has an air-conditioned Great Hall and many open-air stands selling a variety of goods and food. It’s part of what makes this city beautiful and is great for photos. Just check out this post of the most instagrammable 24 hours in Charleston.

In 1969, Charleston was the site of a protest which is now seen as a highly influential moment in the Civil Rights movement. Workers from the South Carolina Medical College Hospital went on strike, protesting pay and working conditions for minorities. The strike lasted four months and brought massive improvements for the working lives of employees. It also became a model for healthcare labor efforts across the country.

Have you heard of the song – and accompanying dance – called The Charleston? Ever wonder where it came from? In 1891 the Jenkins Orphanage was established. The orphanage taught the children how to read and play music, with instruments that had been donated. They then formed the Jenkins Orphanage Band and traveled throughout the country. The students began to develop their own style, which caught on across the US. The band played in New York and their playful dance moves and swinging musical style inspired the song The Charleston and the dance that came with it. The song became a national hit and still stands as a symbol of the jazz era.

Whether you’re living in Charleston already or looking to call it home, Unpakt can help you find movers to land in your dream place easily and comfortably. After all, this city is one of the most romantic cities in the south. Check Unpakt for a moving quote from reputable local or long distance movers.