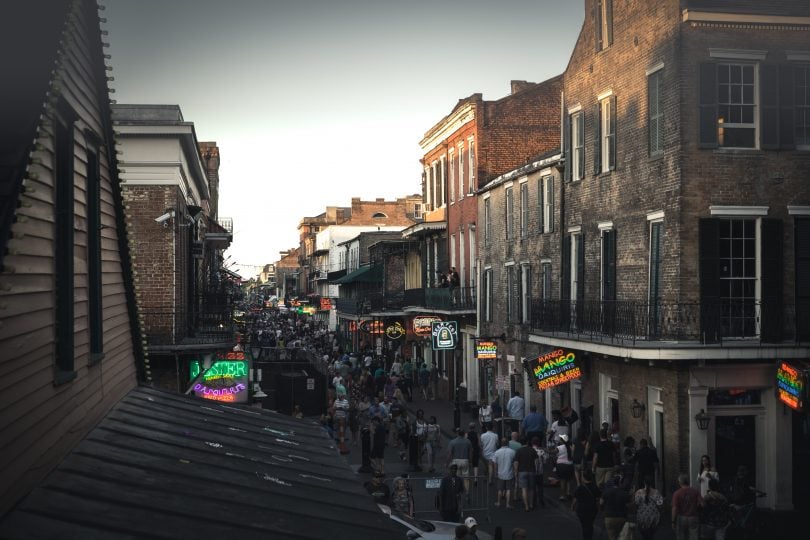 New Orleans has a long history of, well, history. This coastal city has been home to reputed pirates, birthed an entire musical style, and even maintained a thriving underground culture of entertainment even during Prohibition. Restaurants, bars, and booze are a central part of the city’s nightlife today, and many of those original spots are still serving up stiff drinks and stories of times long ago. Take a little trip back through time at these historic bars in New Orleans, then savor some traditional food of the area at one of the classic restaurants to stave off your hangover…

Legend has it that the pirate Jean Lafitte owned this establishment when New Orleans was still French territory. He did engage in a little blacksmithing there, but it was primarily a front to hide his treasure and shady business dealings. The bar is still primarily lit by candlelight these days, and you’ll notice the building itself has barely changed — expect a little bit divey, a little bit historic cool, and really strong drinks, and you’ve got Lafitte’s. It can be a bit of a tourist attraction during prime season like Mardi Gras, so be aware that it’ll likely be crowded.

The mayor of New Orleans invited Napoleon to seek asylum in his fair city in 1821. Napoleon didn’t make it to NOLA before he died, but the building was named after him anyway. The building was once a Civil War hospital (haunted much?). Now, almost two centuries of historic patronage have marked it as a NOLA fixture. Guests can enjoy a signature Pimm’s Cup, the classic Italian muffuletta sandwich, or a wide array of Cajun dishes. You can enjoy the historic photos, tread the uneven floors, and enjoy an authentic meal at one of the best historic restaurants in New Orleans.

Anyone who has visited the historic bars in New Orleans has heard of, and probably sampled, the classic Hurricane drink. You can thank Pat O’s for that pleasure. Pat O’s began as an illegal establishment during Prohibition. Now, it has been serving up piano bar vibes and Hurricane cocktails in its current location since the mid-1930s. The building itself originally housed the French theater company way back in 1791. You might say that entertainment is just woven into the building.

Of course, this spot is most known for the signature Sazerac cocktail. Legend has it that Huey Long, Governor of Louisiana, was a regular at the Sazerac Bar. They say he even flew a bartender to NYC to teach the northern barkeeps how to make his drink (the Ramos Gin Fizz) properly. The Storming of the Sazerac in 1949 marked a historic moment when women forcibly gained admittance to bars. Here, people celebrate this event every year on September 30th. The establishment is also one of the more upscale historic restaurants in New Orleans, so fellas, don’t forget your coat.

Visiting old restaurants in New Orleans is part and parcel of life in this city. If you’re planning to move to NOLA, make sure you include a sizeable budget for entertainment and adventure as you anticipate your cost of living!